Sheryl Lee Ralph may have won the Emmy for Best Supporting Actress in a Comedy, but the victory has her feeling nothing but drama. After her emotional acceptance speech, during which she sang “Endangered Species” by Dianne Reeves, the actress — who took home the statue for her portrayal of Barbara Howard on Abbott Elementary — opened up a few veins when she talked to the media backstage at the 74th Annual Primetime Emmy Awards.

Ralph, an original cast member of Dreamgirls, says she’s been dreaming about being in Hollywood since she was a child. “I’m a little five-year-old girl who watched TV on Sunday Night when Tinkerbell came up and went around the [magic castle] putting stars around everywhere [on The Wonderful World of Disney],” she shared with reporters. “I remember saying, ‘I’m going to Hollywood, I’m going to be an actress, and I’m going to drive a Mustang!’”

The impact of her win was still sinking in as Ralph continued to share what she was feeling. “The fact that I am here, recognized after all this time, as being one of the best of the best in my industry?” Ralph marveled, noting her win was especially powerful given all the great TV that’s currently being broadcast and streamed. “I’ve got the Golden Ticket!’ Where’s my chocolate?”

Ralph worked with her Abbott Elementary boss, co-star, and fellow Emmy-winner Quinta Brunson (Janine Teagues) on A Black Lady Sketch Show in 2019. “Robin Thede [series creator/executive producer/star], said to me, ‘You know when you did that episode, Quinta said to me that she just had to work with you in the future,” Ralph recalled. “[Quinta] said to me, ‘Miss Ralph, I know you’re at a point in your career when you’re offered roles…but if you would just meet with everybody that’s connected to this project it would be good for all of us.’ I met with her and that was it!”

While Ralph clearly was meant to play the kindergarten teacher in the ABC sitcom, the Emmy winner revealed that she had her eye on another role. “I did want to play Ava Coleman [Janelle James] the principal, and Quinta said, ‘No, absolutely not! We need a queen for [Barbara]. Take it or leave it.’ I said, ‘All right…’ 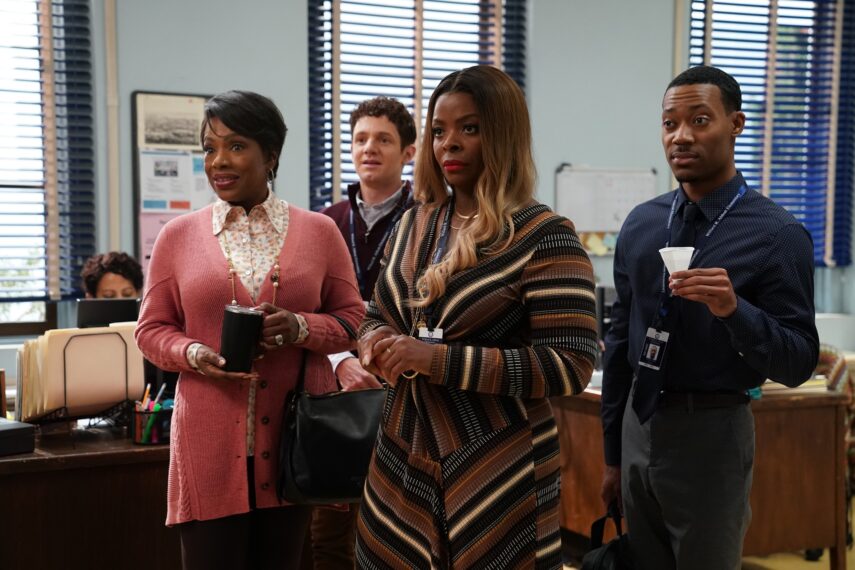 What makes her sitcom different from other series about teachers, Ralph concluded, is that “teachers on our show are not the butt of the joke. They are the heart and soul of the whole show. I love it, love it, love!”

Asked why she performed “Endangered Species” during her speech, Ralph said, “I’ve been singing that song for years… I am an ‘endangered species’ but I don’t sing any victim songs. I’m a woman. I’m an artist. I know where my voice belongs.”

This is Ralph’s first major award win, and she’s fine that it took nearly 45 years of working in television for her to hold the gold. “If this honor for me was meant to take place at any other time, it would have happened [then],” she philosophizes. “But it didn’t happen. It happened right now with Abbott Elementary at a time when the whole world [and this] the country needed a show they could look at, love, laugh at, and plan their viewing on Wednesday nights on ABC! Abbott Elementary, it’s right now!”

A Quick Streaming Guide of Black Queer Characters in Horror

Celebrities Swear By This Dress Brand—15 Styles That Stopped Me