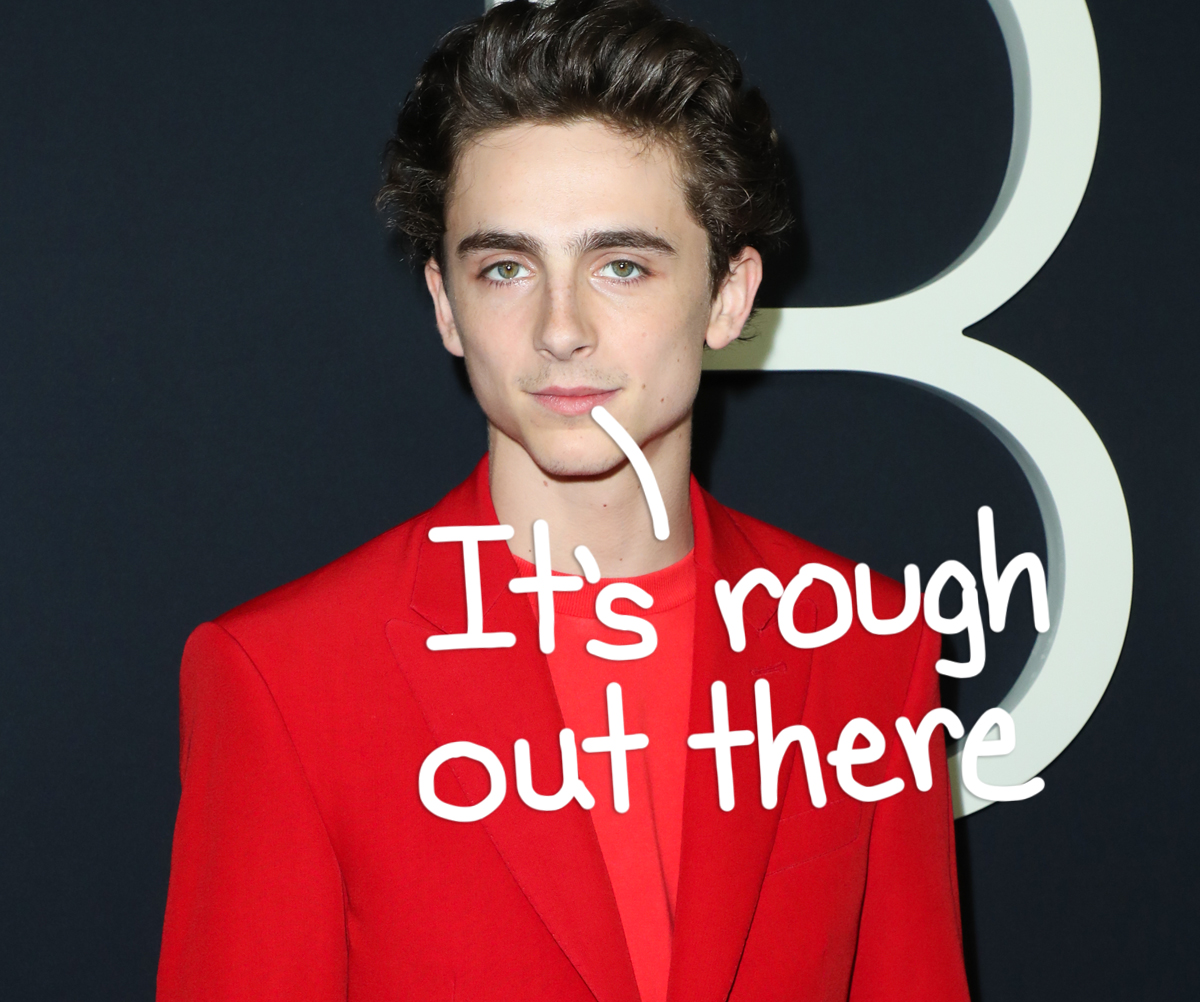 Timothée Chalamet is putting into words some of what we are all feeling after the last few unsettling years.

Both politically and culturally, it feels like the world is spinning faster and faster — and certainly not in a good way. So when the 26-year-old film star spoke to reporters on Friday at the Venice Film Festival while promoting his new movie, Chalamet decided to tap into that vibe and give his own take on these tense times.

The movie star is in Venice promoting his new film Bones & All, which is about a pair of cannibalistic lovers traveling across America in the 1980s. Not exactly good vibes in that storyline for the Call Me By Your Name alum, who stars in this new flick alongside actor Taylor Russell. Still, while reflecting on the movie’s purpose and power, Chalamet pondered on how the art of film fits into the uncertainties of the modern world.

Chalamet first spoke about the difficulties of social media use and mental health for both stars and regular fans. Per E! News, he said:

“To be young now, and to be young whenever — I can only speak for my generation — is to be intensely judged.”

He went deeper on that difficult social media dynamic. Slamming tech companies’ seemingly all-encompassing reach in modern times, Chalamet explained how contemporary life is different from his role in Bones & All (below):

“I can’t imagine what it is to grow up without the onslaught of social media. And it was a relief to play characters who are wrestling with an internal dilemma absent the ability to go on Reddit or Twitter, Instagram or TikTok and figure out where they fit in.”

Damn. He’s not lying. In fact, others have indicated very similar vibes recently!!

And then things got really interesting. The star’s talk took a dark turn with some very cryptic comments about the future. Saying it is “tough to be alive,” Chalamet disturbingly warned that “societal collapse” is supposedly imminent. Whoa!!!

Referencing the political and social landscape ahead, the talented actor told reporters:

“Without casting judgment on that, you can find your tribe there, but I think it’s tough to be alive now. I think societal collapse is in the air — or it smells like it — and, without being pretentious, that’s why hopefully movies matter, because that’s the role of the artist… to shine a light on what’s going on.”

Things are certainly getting very tough out there. No question about that. Of course, things have been tough for many people for a very long time. Still, social media certainly puts those awful stories and negative emotions in your face more often and more relentlessly.

But do U agree with Chalamet’s sentiments here? Or not?

MINIONS 2 THE RISE OF GRU “Minions Gets Kicked Through

Exploring the post-modern pop culture horrors at the heart of