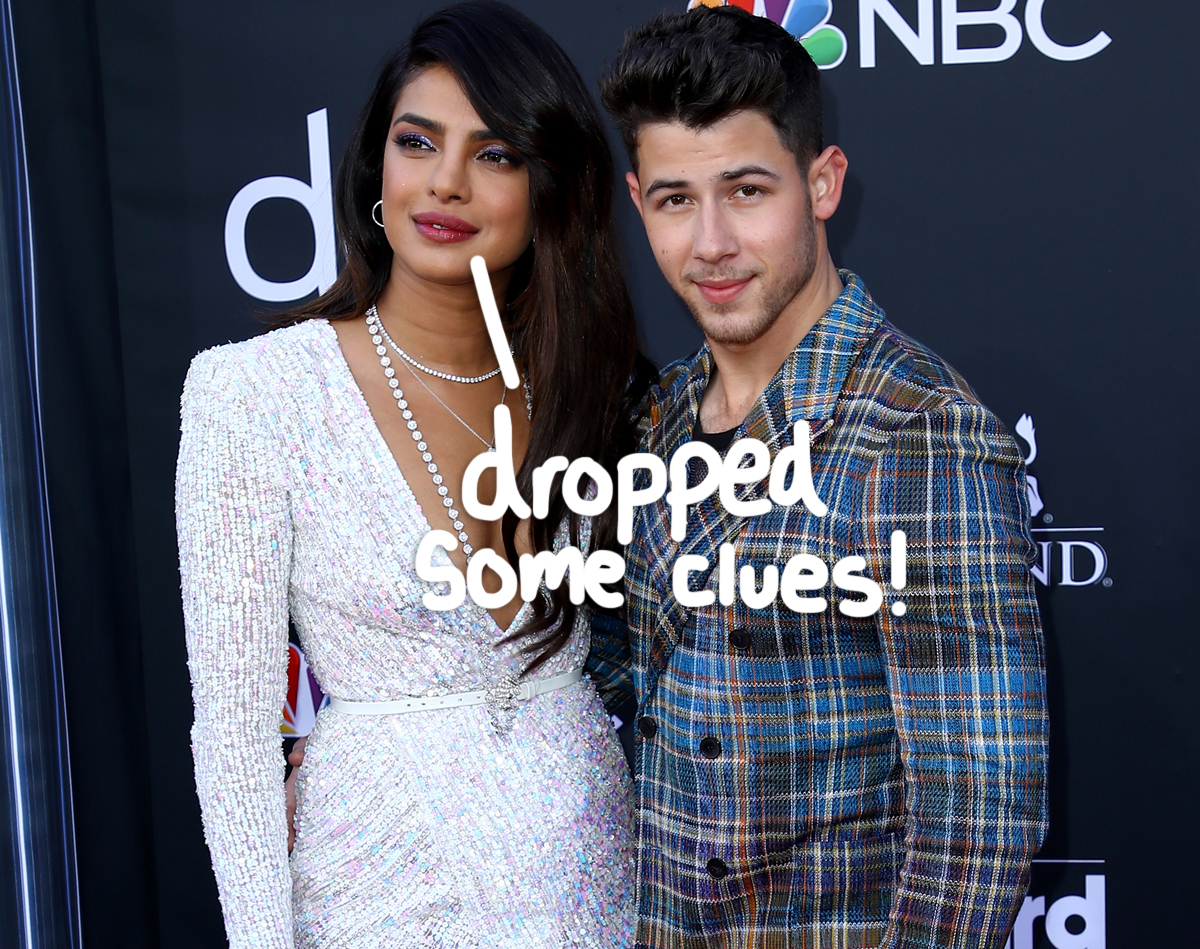 Priyanka Chopra and Nick Jonas may have been dropping some hints about their baby girl MONTHS ago!

In case you missed it, the couple announced that they’d welcomed their first child together via surrogate on Friday. They wrote on their Instagram accounts:

“We are overjoyed to confirm that we have welcomed a baby via surrogate. We respectfully ask for privacy during this special time as we focus on our family.”

The news came as quite a surprise given that neither Nick nor Priyanka had publicly mentioned anything about expecting a baby beforehand. However, people are now searching for some evidence that may have clued everyone in about the child – and it turns out there was one particular moment on the Jonas Brothers Family Roast that totally gave it away! In one section of the special, the 39-year-old actress joked with Nick about the fact that they are the only ones in the family who do not have children yet. She said at the time:

“I love that I married a man who, like myself, values family. If you don’t know, we’re the only couple who doesn’t have kids yet.”

Things quickly took a turn when she then quipped:

“Which is why I’m excited to make this announcement. Sorry, babe. We’re expecting…”

Viewers believed it up as a joke at the time, but it turned out it wasn’t!!! When Netflix dropped the special in November, the surrogate definitely would have been pregnant at the time if our math is correct. This just makes the 29-year-old singer’s face even more hilarious and telling now! Ch-ch-check it out (below):

Now, that is the face of a man nervously wondering if his wife is about to spill their huge secret! Following a long pause, Priyanka then followed up with that they were simply expecting:

“To get drunk tonight and sleep in tomorrow.”

LOLz!!! When the Quantico alum commented on Nick’s worried facial expression, he said:

“Yeah, I was a bit concerned.”

Oh yeah, we bet! You can watch the full comedic moment (below):

Priyanka Chopra made an announcement on the Jonas Brothers Family Roast that they were expecting ????

….to get drunk tonight and sleep in tomorrow! #childfree pic.twitter.com/Zy3nE30HFY

She and Nick totally must have had a laugh after this special filmed!

As we previously reported, their daughter was supposed to be due in April but arrived 12 weeks early – meaning she was “very premature.” A source explained to Dailymail.com:

“Priyanka doesn’t have any fertility issues preventing her from having a baby, but she is 39 now so it’s not getting any easier. Their busy work schedules also mean that it’s difficult for them to physically be together to conceive when she is ovulating, so some time ago they went down the surrogacy route. This is the woman’s fifth surrogacy. They met her and really liked her. The baby had been due in April but the surrogate ended up giving birth on Sunday, so she was very premature.”

We are wishing them the best as their little one remains in the hospital. Did you guys catch that moment, Perezcious readers? Let us know your reactions in the comments (below)!

Sam Smith Brings Out Kim Petras for ‘Unholy,’ Surprises With

VENOM 2 LET THERE BE CARNAGE “Venom Doesn’t Like To