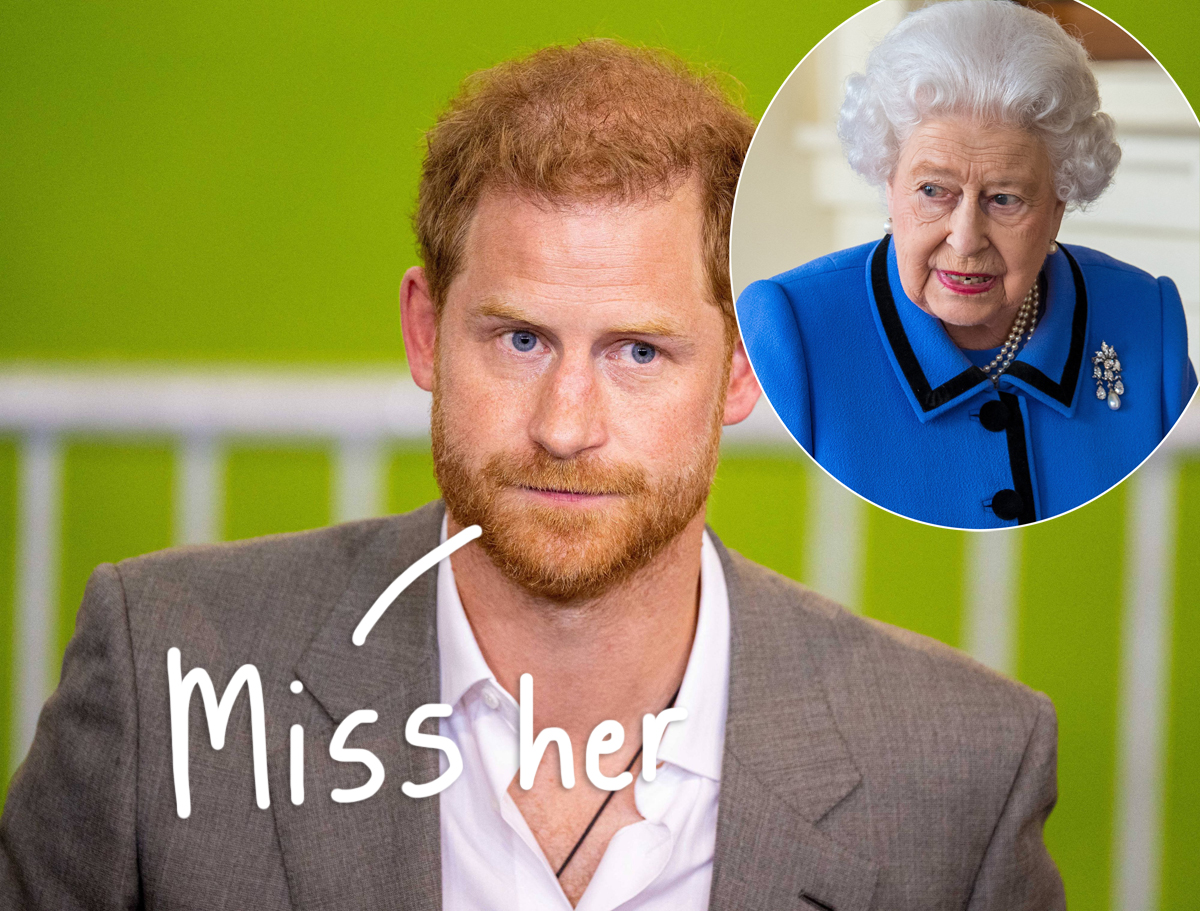 Prince Harry is finally speaking out on the loss of his grandmother Queen Elizabeth II.

As we’ve previously reported, the 37-year-old Duke of Sussex, along with Meghan Markle, Prince William, and Princess Catherine AKA Kate Middleton, surprised mourners outside Windsor Castle on Saturday to view the floral memorial. During the walkabout, Prince Harry made an emotional confession to a member of the crowd about how things already feel different without Her Majesty. He told the well-wisher while pointing to the castle in a video obtained by The Sun:

“It’s a lonely place up there now without her. Whichever room she was in, you felt her presence throughout.”

While the royals have been trying to put on a united front for the public over the past few days, a source told Us Weekly on Friday that the family — especially Prince Harry — are having a hard time coping with the loss and grief of Queen Elizabeth behind the scenes. They said:

“The royals knew Elizabeth’s end was near, but mentally, she was as sharp as ever right until it was her time to go. All of the royals are struggling to come to terms with the devastating news.”

The chief impact officer of BetterUp and Meghan had been in London for the WellChild Awards when Queen Elizabeth’s health took a turn for the worse – and members of the royal family rushed to be by her side at Balmoral Castle in Scotland on Thursday. While it was believed Meghan was joining Harry at first, the 41-year-old ended up staying in London, reportedly since she was not “invited” by the family. The father of two sadly was en route to Scotland when news broke that Elizabeth had passed away. And after never getting to say his final goodbyes to the monarch, the Us insider shared he has been filled with so much “sorrow and regret,” explaining:

“Harry is guilt-stricken — full of sorrow and regret about not saying goodbye to the queen. They met up a couple of times during the Platinum Jubilee, but he by no means expected it to be the last time he saw her. He loved his grandmother with all his heart and is going through a terrible time right now. The news hasn’t fully sunk in.”

Losing a loved one is certainly never easy…

Reactions to what Harry had to say, Perezcious readers? Let us know in the comments.

Meet Me @ the Altar come out swinging on new

Euphoria Has Been Renewed For Season 3 And We Have