Kim Kardashian Is In Her ‘Happy Era’ Despite Ex Kanye 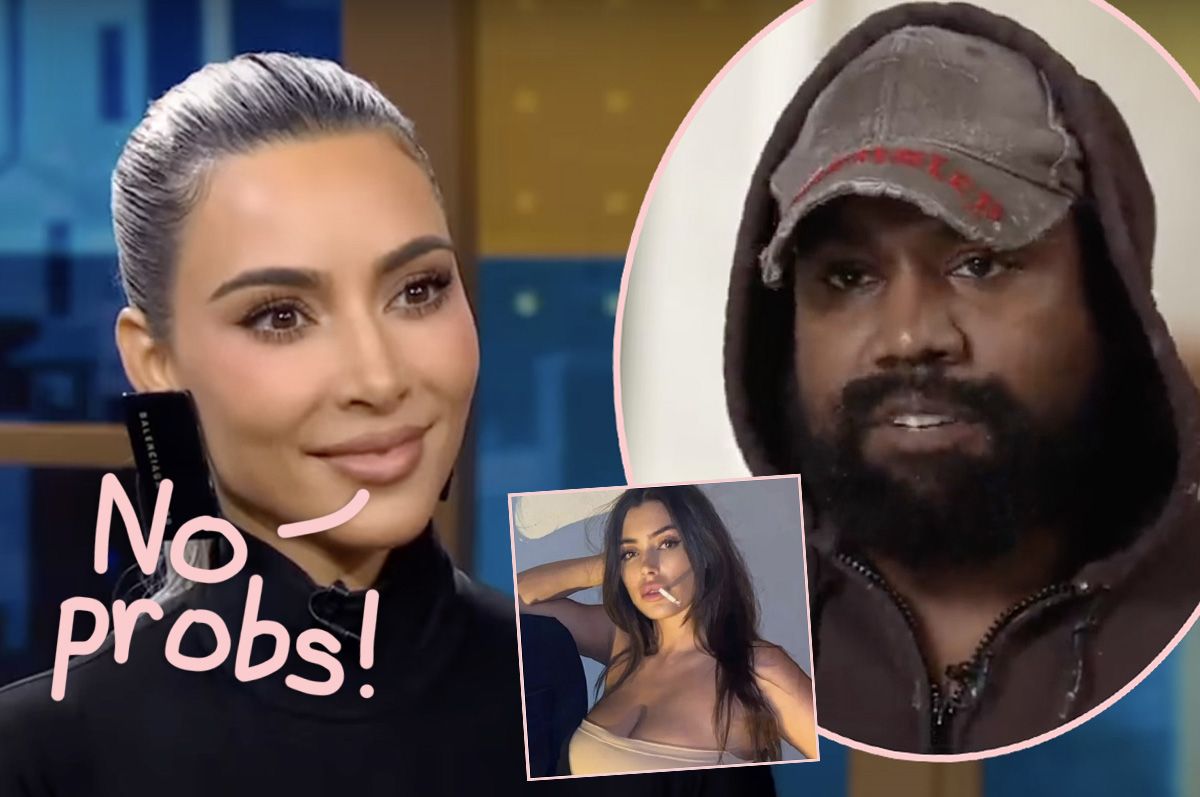 First it was her quiet girl era — now it’s her happy era!

Kim Kardashian is completely unbothered by Kanye West‘s new nuptials to Yeezy brand designer Bianca Censori. Or, at least, if the SKIMS mogul is messed up over the quickie “marriage”, she’s sure doing her best not to show it publicly!

The 41-year-old reality TV star took to Instagram on Thursday to post through it. As we continue to analyze and report on and react to her ex’s sudden new relationship, Kim’s out here doing what Kim does. And for the longtime A-lister, it looks like things are happy as can be right now! But is it real??

As you can see (below), the Selfish author wanted to show off her happy, fun-loving, free-wheeling side with this new set of pics. So, she popped three into a carousel while dropping a simple two-word caption to set the emotional tone for the post:

Down in the comments, celebs showed their support, too!

And yet… we can’t help but wonder about Kim’s real mindset behind the scenes. After all, as we’ve been reporting for a week now, the SKKN By Kim mogul’s ex-husband has moved on in an EXTREMELY unexpected way. As Perezcious readers will recall, on Thursday, we reported on the KarJenner fam’s reaction to Ye’s unexpected love life addition.

To say the very least, Kim and her famous fam are, uh, skeptical of Censori’s abrupt romantic presence in Ye’s world. An insider revealed this about the Calabasas clan’s take on Ye’s new gal:

“The family isn’t taking this as a marriage yet. They don’t know what it is. They aren’t sure if it is a PR stunt. They are waiting to see if he files for papers. They are nervous because if it’s real, she would be in the children’s life.”

And that insider specifically added more about Kim and the four children she shares with Ye, too:

“It’s already a nightmare co-parenting with him, this is just another wrench.”

So, yeah. Do those quotes sound like “happy era” vibes to you?!?!

Now, this all comes about a week after Kim appeared to make her own (subtle) comment about the Hurricane rapper’s whirlwind of a love life.

Last Friday, the KUWTK alum took to her Instagram Stories with a very curious post about entering her “quiet girl era” at this stage in her life as a mogul momma. Taking after little sis Khloé Kardashian, Kim delivered a very cryptic piece of social media fodder for her followers last week, writing:

So is the quiet girl era over after just a one-week reign? Has the happy girl era begun? Or can these eras exist simultaneously while Ye is off in his second marriage era?!

And also, is Ye’s marriage to the Australian-born Censori even a legit legal thing? Or is the KarJenner fam dead-right to reserve skepticism about the romance??

So many questions!! What say U, Perezcious readers??

Taylor Swift Is Facing Backlash After Being Exposed As The

Horror Tattoos That Prove an Awesome Amount of Fandom