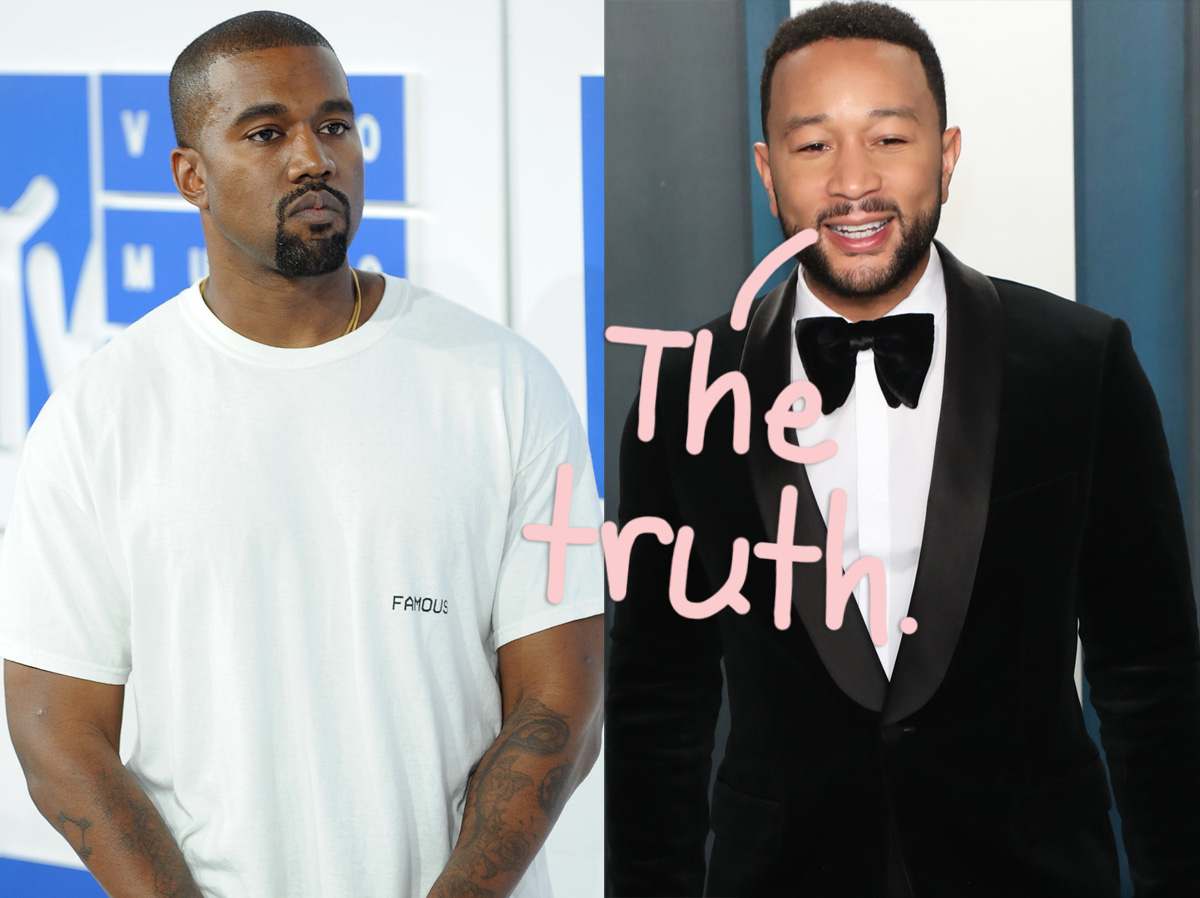 John Legend is opening up about his life with Chrissy Teigen, his long and successful career in the music business, and much, much more. That “much more” includes interesting commentary about the fallout of his friendship with Kanye West, too.

The singer sat down with the New Yorker for a brand-new longform interview published on Sunday. During the chat, the popular performer covers lots of ground regarding Kanye’s politics and the major rift that has come about between the two stars.

For one, Legend disputed the supposed claim he and Ye first stopped being friends after the Hurricane rapper threw his political support behind Donald Trump‘s presidency. The proud father said that was actually not the case. Instead, their feud grew once Legend declined to personally support the rapper’s presidential aspirations.

“What it got described as was, we stopped being friends because he supported Trump, which was a mischaracterization of what I said. That was kind of the Rupert Murdoch version of the story — it was all over the New York Post and Fox News. What I was saying was that he was very upset with me that I didn’t support him running for President, and that was the real impetus for us having a strain in our friendship.”

And the Green Light crooner continued:

“I don’t know what will happen in the future, but [Kanye] was very upset with me that I didn’t support him and I supported Joe Biden. It’s up to him whether he can get past that.”

Legend also speaks candidly about Kanye’s ill-fated campaign for the White House. Of course, as we’ve previously reported, the people behind Ye’s failed run to Washington were highly suspect, to say the least.

It turns out that was something Chrissy’s husband picked up on extremely early in the process. John told the mag:

“The most frustrating thing about his run for the Presidency for me was how much it was an operation run by the Trump campaign. I don’t know how aware he was of the fact that there was so much Trump personnel throughout his campaign, raising money for him, getting petitions signed for him, getting him on the ballot. I saw their work on his behalf as a clear scam and an operation to try to siphon Black votes away from Biden, so there was no way I was going to support it. Kanye was upset with that, and we haven’t been friends since, really.”

Ye could not be reached for comment for the interview, the New Yorker noted. But Legend went on to muse more about the serious disagreements the two A-listers had with each other about it:

“I don’t feel like politics should be everything in your relationships, and your relationships with people shouldn’t only be determined by who they voted for. But I do believe that certain things you believe in are indicators of your character, and obviously that will affect your friendships. I mean, what are friendships? If they’re not your blood relatives, in many ways they’re defined by your impression of that person’s values and whether or not there’s some level of compatibility with the way you see the world.”

While it sounds like John regrets losing Ye’s friendship, the singer is also trying to be realistic about what it means.

Related: That One Time We Got SO Drunk Meeting John Legend!

Speaking about his personal values and whether they can align with others, Legend said:

“We’re so online these days, and the fights we’ve had over the past six years on Twitter, particularly around Trump, kind of made politics everything for a lot of people. I don’t want to live a life that’s so consumed by politics that it’s the sole determinant of who can be my friend and who can’t. But values matter and character matters and moral compass matters.”

But can people ever be convinced to change and grow? For the Minefields singer, that gets to the heart of the issue.

“Most of my political work has been about encouraging people who are already inclined to think close to where I am to go out and vote and get involved. I don’t know how you persuade someone who believes differently than you do. And some of those beliefs are really strongly held. I have a lot of religious people in my life, for instance, and it’s hard to know how to convince someone when it feels like you’re speaking in an entirely different language.”

Damn. Very thoughtful, as always from him. And sadly very difficult to answer.

You can read the full New Yorker interview HERE.

admin
Previous articleNew York Comic Con 2022: Your Guide to All the
Next articleHook “I Am Speed” Scene

How Are All These Duttons Related?

Sydney Sweeney Stuns in a Lime-Green Slip Dress With a

‘A League Of Their Own’ Is Back In First Amazon

Why Did It Take 13 Years to Make ‘Avatar: The