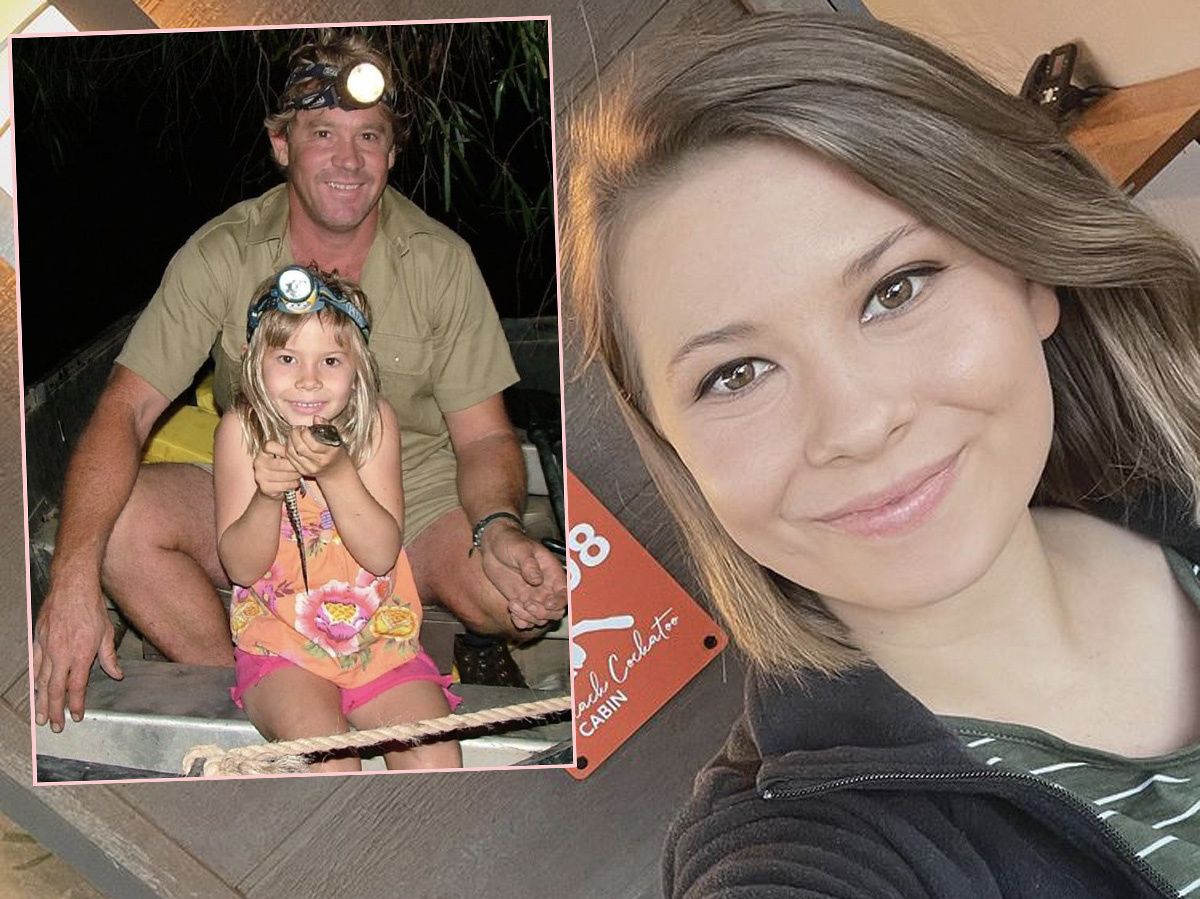 Bindi Irwin is honoring her late father in the most powerful way.

The 24-year-old mom is remembering late TV star and animal expert Steve Irwin on the 16th anniversary of his passing with a touching new Instagram post about her beloved dad — and her daughter’s legendary grandfather.

It’s hard to believe it’s been 16 years since the elder Irwin passed. Of course, the popular Aussie TV star and zoo leader died at age 44 back in 2006 after being stabbed in the chest by a stingray barb while he was filming a documentary. Bindi was just 8 years old when he passed in September of that year, with her younger brother Robert Irwin just 2 years old.

Taking to the social media app early on Sunday morning, Bindi referenced her own daughter — 17-month-old baby girl Grace Warrior Irwin Powell, whom she shares with husband Chandler Powell — in a meaningful message about Steve.

“Grandpa Crocodile, I know you would’ve been the most incredible grandfather because you were such an extraordinary dad. Thank you for being an amazing guardian angel for Grace.”

Along with the powerful message, Bindi shared a photo of her as a young girl riding in a boat with her late father. Steve can be seen wearing a headlamp, while his beloved daughter gently holds a baby crocodile in her hands.

In the comments of the Instagram post, Bindi’s followers showed their support for this challenging time in her life, too. Here are just a few of their reactions to the emotional anniversary post (below):

“Life is so unfair, if anyone deserves to be here with his kids and first grandchild it’s Steve Irwin. He would have just treasured every moment with each of you.”

“He is so very proud of you and the life that you have created, but especially because of the kind of parent you are. You had the best for an example!”

“So beautiful, your beloved Dad lives through your Glorious Daughter and she is seeing life through his eyes”

“Legendary guy!! I’m sure his spirit in with you guys always”

“He definitely will be her guardian angel”

“Your father will be proud of who you are right now”

No matter how many years may pass, this is such a difficult time for Steve’s family, friends, and loved ones — and fans, too.

Partying with Sir Elton John at the Saks Fifth Avenue

7 Found Footage Movies You Can Watch For Free On