All The Insider Info On Scott Disick & Holly Scarfone’s 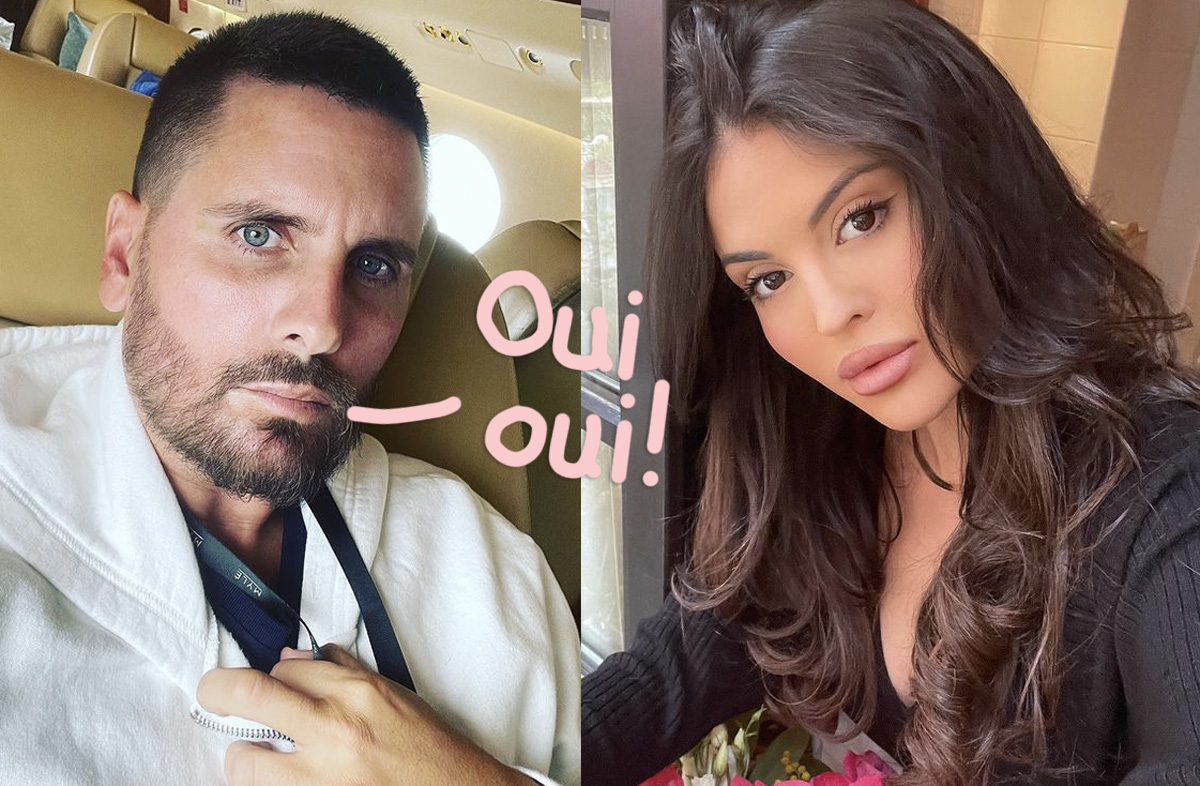 Scott Disick clearly has a new love interest in his life!

As Perezcious readers are well aware at this point, we’ve been reporting quite a bit about the 38-year-old Flip It Like Disick alum’s new romantic connection with Too Hot To Handle starlet Holly Scarf0ne.

Of course, on Thursday, we dished details on the 23-year-old model’s lingerie look posted on Instagram from Paris — and Lord Disick’s behind-the-scenes involvement with that sexy snapshot. And now, we are learning more about the pair’s decision to head to the City of Love and spend some quality time together in the first place!!

Related: Scott Celebrated Valentine’s Day With A Very Special Girl! This Is So Adorable!

An insider spoke to ET on Thursday afternoon about Kourtney Kardashian‘s baby daddy, and his intriguing new dynamic with Scarfone. In the reveal, the source specifically discussed deets about Holly’s pre-planned trip to Paris, her initial postponement of that getaway — so she could spent time with Scott! — and the duo’s eventual decision to head to France together, anyways.

The source was clear to explain that things are allegedly casual between ’em, maintaining that Scott has merely “been hooking up with Holly.”

Still, it sounds like it’s going well. The insider explained (below):

“Holly had plans to go to Paris and she postponed her trip so she could have more time with Scott in L.A. She left later than she originally planned and then Scott decided to join her there.”

It appears as though things went swimmingly out in Paris, too — and not just with this week’s sultry lingerie pic situation!

All over each other, eh?! Sounds… wild!

Still, like we noted up top, things are not IG official or anything like that at this point. In fact, the insider was clear to double down on the apparent casual nature of the pair’s chemistry, dishing (below):

“Things between them are casual right now… [Holly] has made Scott a priority and she isn’t seeing anyone else at the moment.”

Call it casual all you want, and it may very well be that, but if Scarfone truly is making Scott “a priority” in any way, then clearly there is some kind of deeper interest here! Just saying! We suppose time will tell if it ever turns into more…

Of course, this jaunt across the pond with the Too Hot To Handle star follows days after we previously reported on Scott’s current status with his baby momma.

As we noted in a separate report earlier this month, Lord Disick is still trying to grapple with Kourt’s close connection to drummer Travis Barker (below):

“He hasn’t entirely come to terms with Kourtney and Travis’ relationship, but he has definitely warmed up to accepting the fact that Kourtney is marrying Travis. There are moments of jealousy and animosity, but at the end of the day, he wants her to be happy. … Scott and Kourtney’s co-parenting routine is very well-balanced and things have been cordial between them.”

In that report, we also covered details about how Scott will probably always feel linked to the Poosh founder.

To that end (below), we can surmise that it’s maybe unlikely to expect Disick to get too serious with Scarfone right now:

“He will always love Kourtney and probably will never completely move on, but he’s being chill. Kourtney and him are getting along and they speak all the time. He just tells her that as long as Travis is good to their kids and treats her well, that’s what’s most important. Scott is hilarious too, and makes jokes about it sometimes, but it’s all good. He is a tad jealous, but respectful of Travis.”

And yet Scott is still down to have fun in France! Hey, you know what they say: when in Rome Paris… Right?!

Priyanka Chopra’s Knit Midi Dress Has a Cutout Under the

It’s Official: These Are the 10 Jeans Trends Everyone Will

Watch Kenan Thompson and Kel Mitchell Reunite at the Emmys