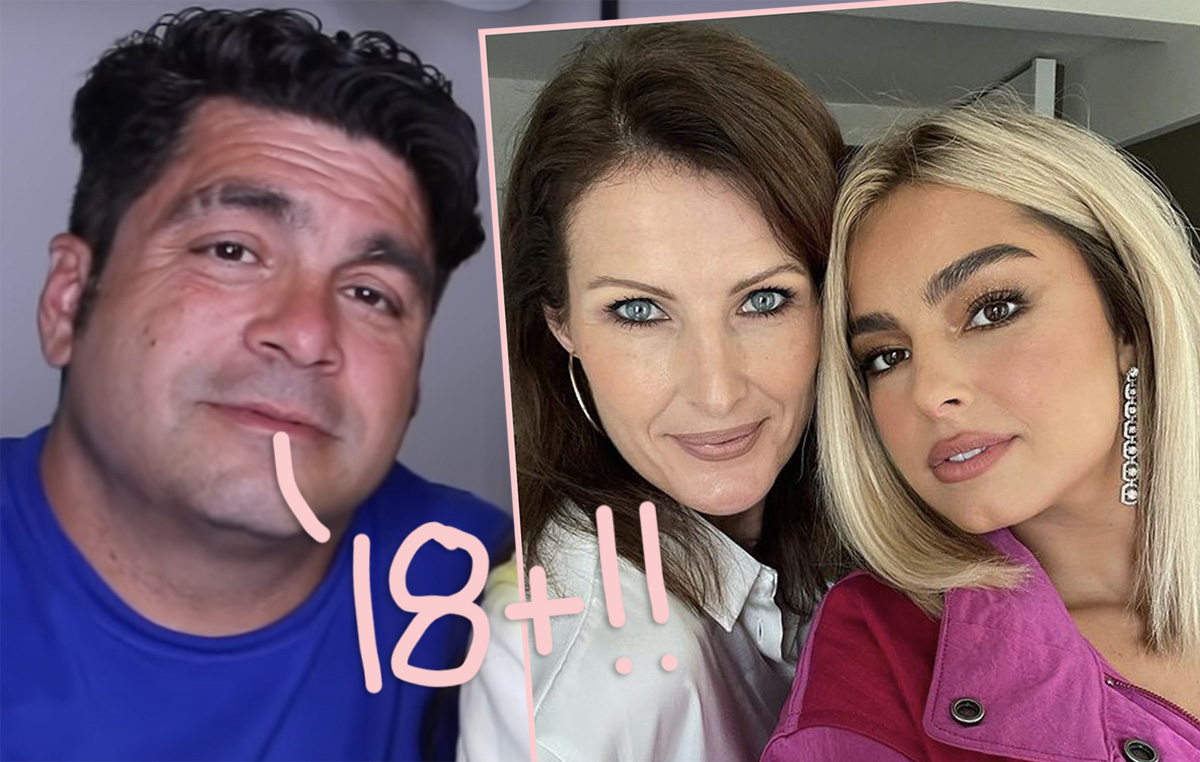 Addison Rae‘s father has joined OnlyFans!! …Or, uhhh, maybe not?!

The whole thing is a s**t show, but we are here for it. Not gonna lie! LOLz!

But now it’s apparently Monty’s turn to take the lead again!! And it’s being done in a way you would NEVER think a man his age would do. Maybe?!?!

So, here’s the deal. Per DailyMail.com, the social media and branding expert supposedly joined OnlyFans this week. Screenshots show a verified account purporting to be Lopez teasing some very “raw” content to come for paying customers on the adult-friendly site.

The account’s teaser on the subscription-only service stated:

“UNLEASH THE BEAST! Women Love Me and Men Want to Be Me! Social media can’t handle me being raw. Subscribe for the most explicit version of me!”

Ch-ch-check out the screenshot (below):

Is this dude serious?! It’s no secret that so many of us believe all publicity is good publicity, as the saying goes. But does that even mean this type of publicity?! REALLY?!

Per the news outlet, Lopez is apparently planning on producing racy content with new girlfriend Ava Louise. (Yes, the woman who licked that airplane toilet seat that one time, and also the woman at the periphery of NFL wide receiver Antonio Brown‘s recent on-field walk-off scandal, among other controversies.)

Ava spoke to the news org about the pair’s alleged plans, saying she first convinced Monty to join when they started hanging out last month. The social media influencer added:

“He wants to make some explicit content with me as soon as next week. It’s going to be like Monty TV, just absolutely unfiltered. We’re definitely going to get a more risqué side of Monty, that’s for sure.”

But wait! The whole thing may already be over!! Very shortly after the account first went live late on Friday, it was wiped from the site. And a quick check of OnlyFans on Sunday morning confirmed Lopez’s alleged account is no longer there. Sooo, that was quick. Grand opening and grand closing, just like that!

Related: Addison Also Unfollowed Her MOM On Social Media?! What Is Going On??

And yet Monty himself took to Instagram late on Saturday night and appeared to dispute the OnlyFans appearance. In a series of IG Stories posted to his official page, the social media expert went against the OF allegations and denied having hosted an account on the pay site:

Soooo maybe it was a fake OnlyFans account?! But the page appears to have been verified by the tech company at the time it was live. And then Ava Louise kind of gave the game away with her interview teaser, too!

Stephen King’s Magnum Opus ‘The Dark Tower’ Is Being Developed