Who is Sam Ryder, the Taylor Hawkins Tribute Singer Who 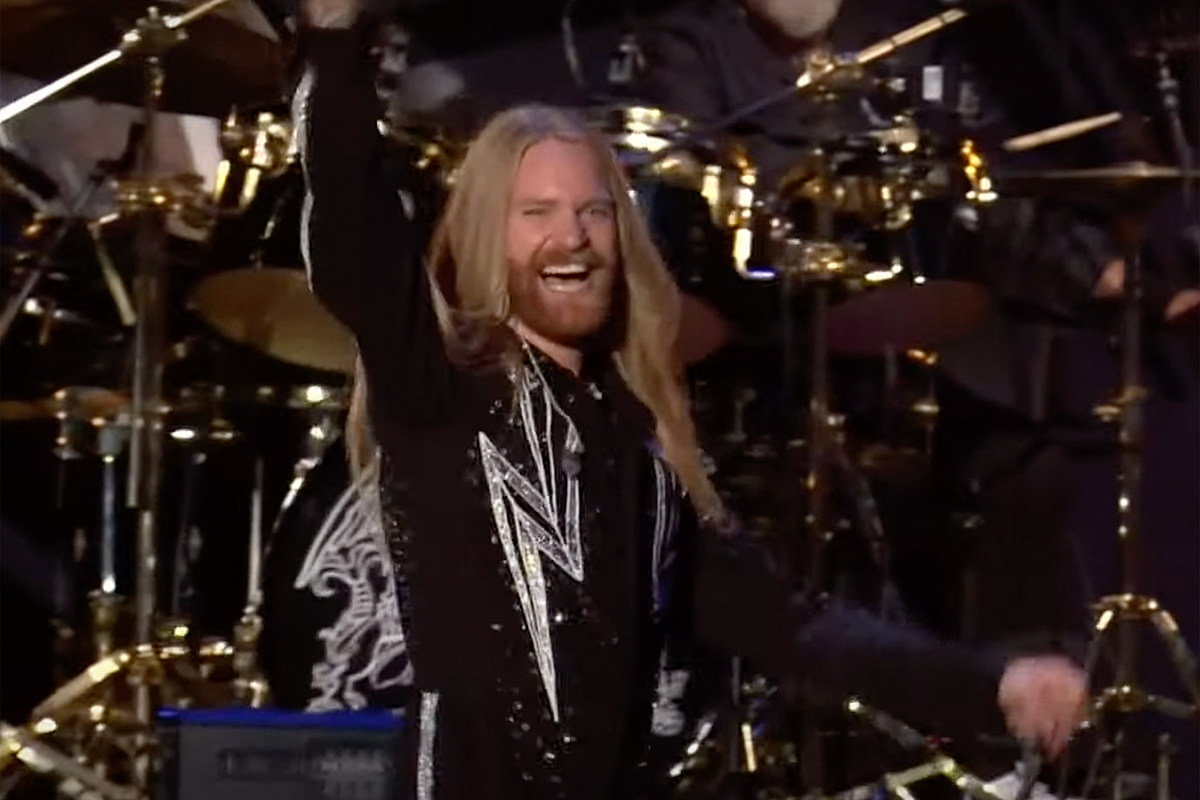 Yesterday (Sept. 3), the first of two long-awaited Taylor Hawkins Tribute Concerts was held at Wembley Stadium, providing the late drummer’s friends, family and fans with a very exciting and emotional event (to say the least). While many illustrious artists participated, vocalist Sam Ryder – who joined the Foo Fighters, guitarist Brian May, drummer Roger Taylor and his son, Rufus Taylor, for a superb take on Queen’s “Somebody to Love” – is probably less familiar.

Born in Essex, England in June of 1989,  Ryder became interested in a career in music when he saw Sum 41 in concert as an adolescent. Along the way, he discovered Iron Maiden (specifically, Seventh Son of a Seventh Son), Freddie Mercury, Lordi and of course, Eurovision as well.

During the 2010s, he played, toured and/or recorded with a few rock bands (such as The Morning After, Blessed by a Broken Heart and Close Your Eyes) while working in construction with his father.

Blessed by a Broken Heart, “Out of Control”

However, it wasn’t until Ryder started covering music on TikTok around March of 2020 that he truly hit the big time. In fact, he became the most followed UK artist on the platform, leading to him releasing his debut EP – 2021’s The Sun’s Gonna Rise – on Parlophone Records and becoming the UK representative for Eurovision Song Contest 2022 (with “Space Man”).

He ended up finishing in second place (below Ukraine’s Kalush Orchestra) and continuing his meteoric rise. For instance, “Space Man” hit No. 2 on the UK Singles Chart this past May, which helped him garner opportunities such as a show at the Queens Platinum Jubilee, an appearance on British reality series Celebrity Gogglebox and several live summer stints across the U.S. and South Korea.

More or less, that takes us to last night’s performance of “Somebody to Love.”

Naturally, Grohl introduced Ryder with his usual humility and passion:

We have a very special guest tonight who you may not expect. We didn’t. When we were talking about this next song to perform, we weren’t actually sure who we should get to come up and sing it with us, and I think it might have been Roger [Taylor] who had this idea. Roger showed us a clip of someone singing along to this song and we made one phone call and within 20 minutes this person told us that he would come here tonight to sing it with us. So, would you please welcome the most amazing vocalist. Sam Ryder, come up to sing with us tonight.

You can see a clip (provided by Rock Sound) of Grohl’s introduction, as well as their version of “Somebody to Love,” below:

What did you think of Ryder’s rendition of “Somebody to Love?”

If you’re as impressed with Ryder’s singing as we are, you’ll want to keep an eye out for his debut LP, There’s Nothing But Space, Man!, when it arrives this October.

He left us with a lot to remember him by, including his own words.

Why Gilmore Girls Is My Fall-Fashion Safe Space