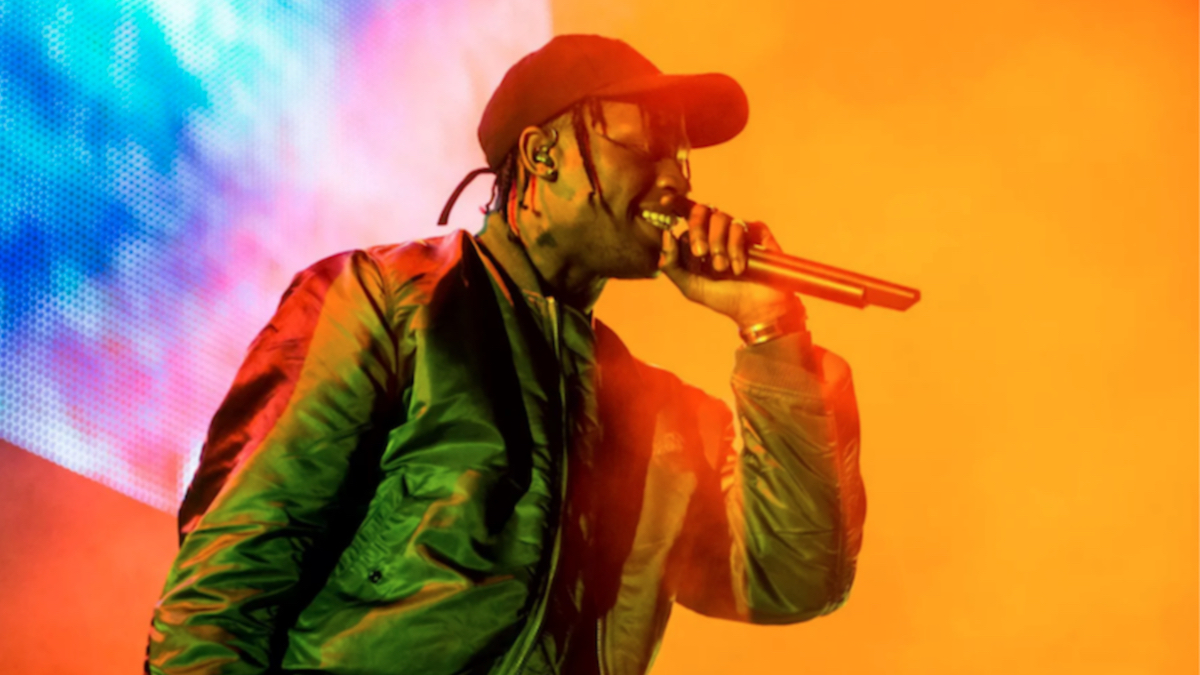 Ahead of this weekend’s Astroworld Festival, Travis Scott has shared two new singles: “Escape Plan” and “Mafia,” the latter of which features an uncredited appearance from J. Cole. The releases mark Scott’s first new music since 2020’s “Franchise.”

Scott teased the two-song release just a few hours earlier with a spooky Instagram post: “FUCK IT LETS START IT UP NEW MUSIC AT MIDNIGHT,” he wrote. The graphic depicts him as a monster of sorts — with menacing eyes, pointed fangs, and oversized elven ears — on the cover of a satirical tabloid magazine called Weekly World Truths. “THE TRUE DYSTOPIA IS HERE!” reads the threatening headline, while the subhead forebodes: “When the end arrives it is really beginning.” Seems pleasant enough.

Scott recently took the stage at a rain-soaked Rolling Loud NYC over Halloween weekend. This weekend, he’ll be back in his hometown of Houston for his 2021 Astroworld Festival, which boasts a genre-diverse lineup including Tame Impala, SZA, Bad Bunny, Lil Baby, and of course, Scott himself.

Watch Full Episodes of Television Show In and Out of

Girl in Red Releases New Song “October Passed Me By”

FBI: When Will Missy Peregrym Return?

Supernatural horror THE CURSE OF ROSALIE premieres on the Icon