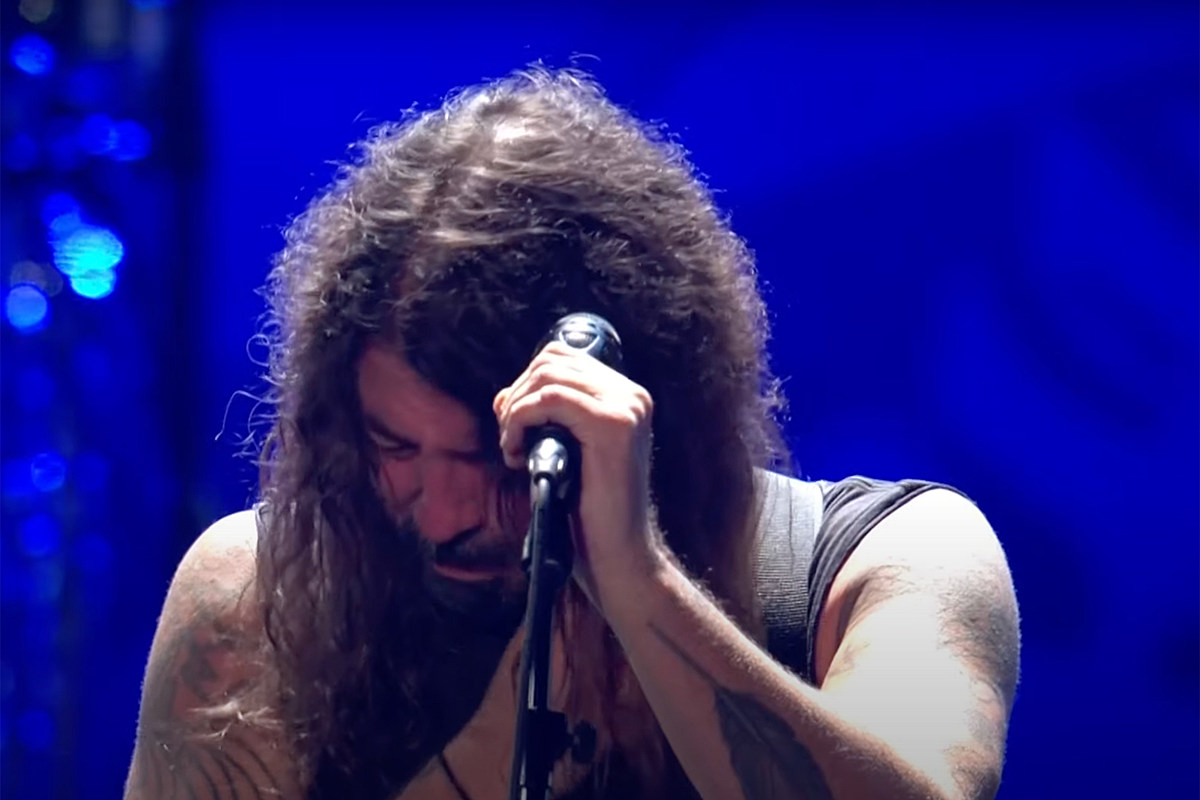 The moment had to come and when it did it was met with a powerful emotional weight. The Foo Fighters, having backed a wealth of performers at the Taylor Hawkins Tribute Concert, would eventually have to perform one of their own songs for the first time since Hawkins’ death earlier this year, and the chosen song would be “Times Like These.”

As the band took the stage, the weight of the moment seemed to overwhelm Dave Grohl, with the audience cheering him through this difficult moment. After a head nod to the microphone and a deep breath, Grohl backed initially only by Rami Jaffee’s church sounding keys sang the opening notes. With every lyric sounding as clear as it ever has, the lyric, “Do I stay or runaway and leave it all behind?” seemed to hit a little hard with Grohl having a tearful moment onstage that required a break before he powered through with a crack to his vocal. The singer’s head bowed as he looked out to the crowd where hawk emblem was illuminated.

But once, the somber part of the song was replaced by the full band rocking out, it was back to a celebration of playing again and saluting Hawkins. Sitting in with the band during the first two songs of their set was Josh Freese on drums, with the band then rocking through “All My Life.”

Grohl then revealed a group of drummers would sit in while they played through some of their favorite Foos songs. Travis Barker got first crack, playing on “The Pretender” and “Monkey Wrench,” finishing with an impressive drum solo at the end of the latter track.

The band then brought out Dave Grohl’s drum battle foe turned friend Nandi Bushell, who sat in behind the kit while the band performed “Learn to Fly.” Bushell came to the stage sporting a jacket with a Hawkins patch on the back.

Bushell gave way to The Darkness‘ Rufus Tiger Taylor as the band played the emotional “One of These Days,” which seemed a fitting track given the occasion. He then stuck around to power the band through “Best of You” as the audience belted out in a resounding sing-along.

After a brief break while Paul McCartney and Chrissie Hynde performed “Oh Darling” and then offered some “Helter Skelter,” it was drummer Omar Hakim’s time behind the kit. He first sat in with the Foos on a song that Grohl revealed was Hawkins’ favorite Foo Fighters song, “Aurora.”

And one of the more impactful and powerful moments of the night included Foo Fighters bringing up Taylor Hawkins’ son Shane to the stage to perform “My Hero.” Letting Shane count it off, it’s clear that son Shane is following in his father’s footsteps. The night finished with Dave Grohl leading the crowd with the traditional show closer “Everlong.”

See the Foo Fighters setlist from the show below.

1. Times Like These (with Josh Freese)
2. All My Life (with Josh Freese)
3. The Pretender (with Travis Barker)
4. Monkey Wrench (with Travis Barker)
5. Learn to Fly (with Nandi Bushell)
6. One of These Days (with Rufus Taylor)
7. Best of You (with Rufus Taylor)
8. Oh Darling (Beatles Cover) (With Paul McCartney, Chrissie Hynde and Omar Hakim)
9. Helter Skelter (Beatles Cover) (With Paul McCartney and Omar Hakim)
10. Aurora (with Omar Hakim)
11. My Hero (with Shane Hawkins)
12. Everlong (Dave Grohl solo)