Taylor Swift’s Original ‘All Too Well’ Lyrics vs 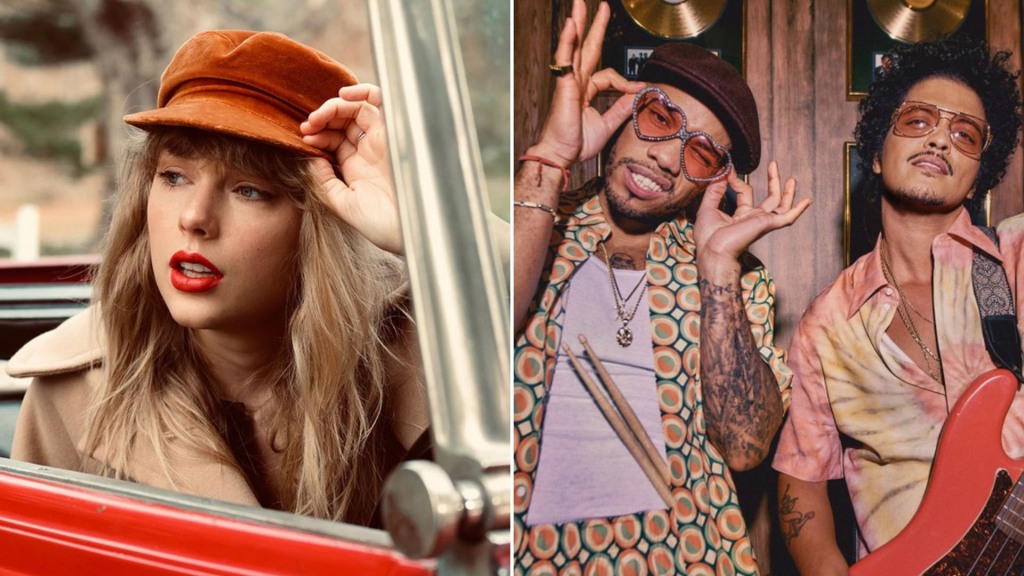 Taylor Swift‘s “All Too Well” has taken a unique path since its 2012 release, winding from unassuming Red deep cut to fan-favorite tear-jerker. So it only makes sense that the song deserves a super-sized new version to match its newly outsized reputation.

On the just-released Red (Taylor’s Version), Swift unveils the long-whispered-about 10-minute version of the song, and it manages to pack even more gut-wrenching punch than the original 2012 breakup ballad. The song’s O.G. lyrics remain intact in the longer rendition, but they’re interspersed with four new sections of heartbreak.

Among the standout new lines: Swift implies that her ex stood her up on her 21st birthday (“You, who charmed my dad with self-effacing jokes/ Sipping coffee like you were on a late night show/ But then he watched me watch the front door all night, willing you to come/ And he said, ‘It’s supposed to be fun…turning 21′”).

There’s also a lyric that nods to Matthew McConaughey’s famous Dazed and Confused line, when Swift sings, “And I was never good at telling jokes, but the punchline goes: ‘I’ll get older, but your lovers stay my age.’”

The new lyrics often provide more questions than answers (Who was the actress who found Taylor weeping in a party bathroom? And who is the owner of the incredible “F— the Patriarchy” keychain?), but as we know all too well, Swifties love to unpack a good mystery. (Of course, the song’s central mystery remains almost a decade later: Fans have speculated that the song is about Swift’s 2011 breakup with Jake Gyllenhaal, but the singer/songwriter has never revealed her muse.)

Below, find the full lyrics for the new 10-minute version of “All Too Well,” with the four new sections bolded:

I walked through the door with you
The air was cold
But something about it felt like home somehow
And I left my scarf there at your sister’s house
And you’ve still got it in your drawer even now
Oh your sweet disposition, and my wide eyed gaze
We’re singing in the car getting lost upstate
Autumn leaves falling down like pieces into place
And I can picture it after all these days
And I know it’s long gone and that magic’s not here no more
And I might be OK but I’m not fine at all…

‘Cause there we are again on that
Little town street
You almost ran the red
‘Cause you were looking over at me
Wind in my hair, I was there
I remember it all too well

Photo album on the counter
Your cheeks were turning red
You used to be a little kid with glasses
in a twin-sized bed
And your mother’s telling stories ’bout you on
the tee ball team
You taught me ’bout your past
Thinkin’ your future was me
And you were tossing me the car keys
‘F— the patriarchy’ keychain on the ground
We were always skipping town
And I was thinking on the drive down
Any time now, he’s gonna say it’s love
You never called it what it was
’til we were dead and gone and buried
Check the pulse and come back
Swearing it’s the same, after 3 months in the grave
And then you wondered where it went to
As I reached for you but
All I felt was shame
And you held my lifeless frame
And I know it’s long gone and
There was nothing else I could do
And I forget about you long enough
To forget why I needed to…
‘Cause there we are again in the middle of the night
We’re dancin’ round the kitchen in the
refrigerator light
Down the stairs, I was there
I remember it all too well…
And there we are again
When nobody had to know
You kept me like a secret
But I kept you like an oath
Sacred prayer and we’d swear
to remember it all too well

Well maybe we got lost in translation
Maybe I asked for too much
But maybe this thing was a masterpiece
Til you tore it all up
Running scared, I was there
I remember it all too well
And you call me up again
Just to break me like a promise
So casually cruel in the name of being honest
I’m a crumpled up piece of paper lying here
‘Cause I remember it all, all, all
They say all’s well that ends well
But I’m in a new hell every time
You double-cross my mind
You said if we had been closer in age
Maybe it would have been fine
And that made me want to die.

The idea you had of me
Who was she?
A never-needy, ever lovely jewel
Whose shine reflects on you
Not weeping in a party bathroom
Some actress asking me what happened
You.
That’s what happened: You.
You, who charmed my dad with self-effacing jokes
Sipping coffee like you were on a late night show
But then he watched me watch the front door
all night, willing you to come
And he said, “it’s supposed to be fun…
Turning 21”

Time won’t fly
It’s like I’m paralyzed by it
I’d like to be my old self again
But I’m still trying to find it
After plaid shirt days
And nights when you made me your own
Now you mail back my things
And I walk home alone
But you keep my old scarf
From that very first week
‘Cause it reminds you of innocence, and it smells like me
You can’t get rid of it
‘Cause you remember it all too well

And I was never good at telling jokes
But the punchline goes:
“I’ll get older, but your lovers stay my age”
From when your Brooklyn broke my skin and bones
I’m a soldier who’s returning half her weight
And did the twin flame bruise paint you blue?
Just between us, did the love affair maim you too?
‘Cause in this city’s barren cold
I still remember the first fall of snow
And how it glistened as it fell
I remember it all too well

Kevin Bacon is Ready to Return For a ‘Tremors’ Sequel

Kylie Jenner Shares Glimpse Into Birthday Celebration With Stormi and

‘The Morning Show’: Nestor Carbonell Wants to ‘Get in a

Daniel Craig Has Known No Time to Die Twist for