Taylor Swift Talks 10-Minute Cut of ‘All Too Well’ on 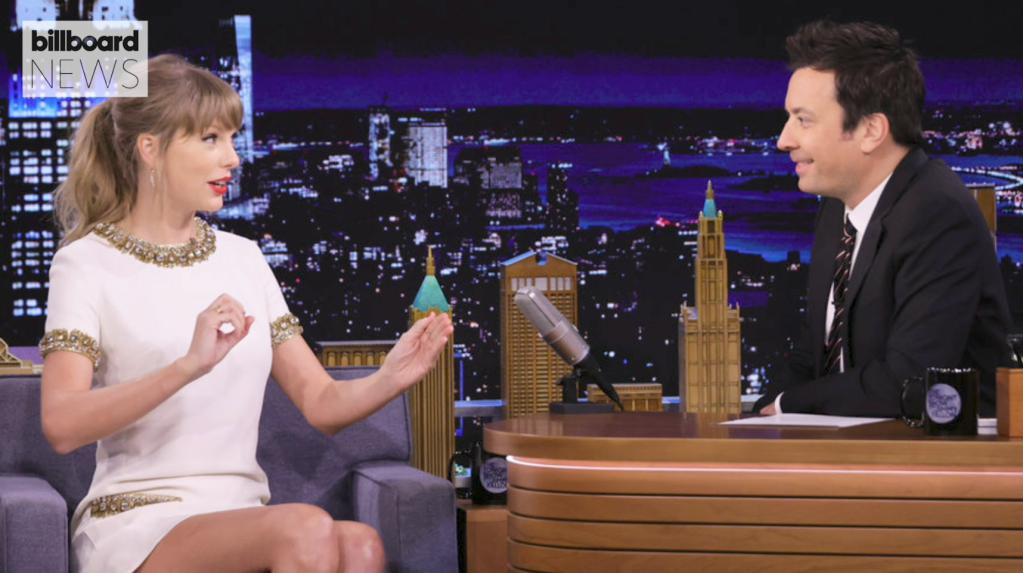 Today might as well be renamed Taylor Swift Day. The pop superstar is everywhere right now, with her recreated Red album, Red (Taylor’s Version), dominating the chatter on social media.

Just ahead of its release at midnight, Swift stopped by The Tonight Show Starring Jimmy Fallon for a chat about the new, 10-minute cut of “All Too Well,” those Easter eggs Swifties love to hunt, and even play a game with the late-night host.

At the top, Fallon enthused about her pandemic-era work ethic, which has yielded five albums, a documentary and a Grammy Award. Opening the vault, she explained, created an opportunity to rekindle the flame with songs that didn’t originally make it onto an album.

What she’s most excited about is the extended, 10-minute version of “All Too Well.” “I was going through a bit of sad time,” she recounted. So she worked it out on the guitar, playing the same four chords over and over, the band joined in and “I started ad-libbing what I was going through and what I was feeling.”

The song grew in intensity and length, to something rather epic. The 10-minute version of “All Too Well” is what was originally written for the song before I had to cut it down to a normal-length.” Ten minutes is an “absurd” amount of time for a song, but she’s thrilled to finally get it out, at the length it was intended.

She loves it so much, she’s confident the extended version will become the new “standard version” for fans. “I’m just that proud of it,” she enthused.

No doubt she’s also proud of the “All Too Well” short film, which she wrote and directed. It drops Friday 7pm ET on YouTube. And the following night, she’s performing on Saturday Night Live.

Swift also opened up to Fallon about her years-long habit of burying Easter eggs for fans to find, and the pair played a round of “Box of Lies,” a game of cryptic clues and boxes containing secrets.

It all sounds like a situation made for Swift. Watch below.

Kim Kardashian Explains How Her and Pete Davidson’s Love Story