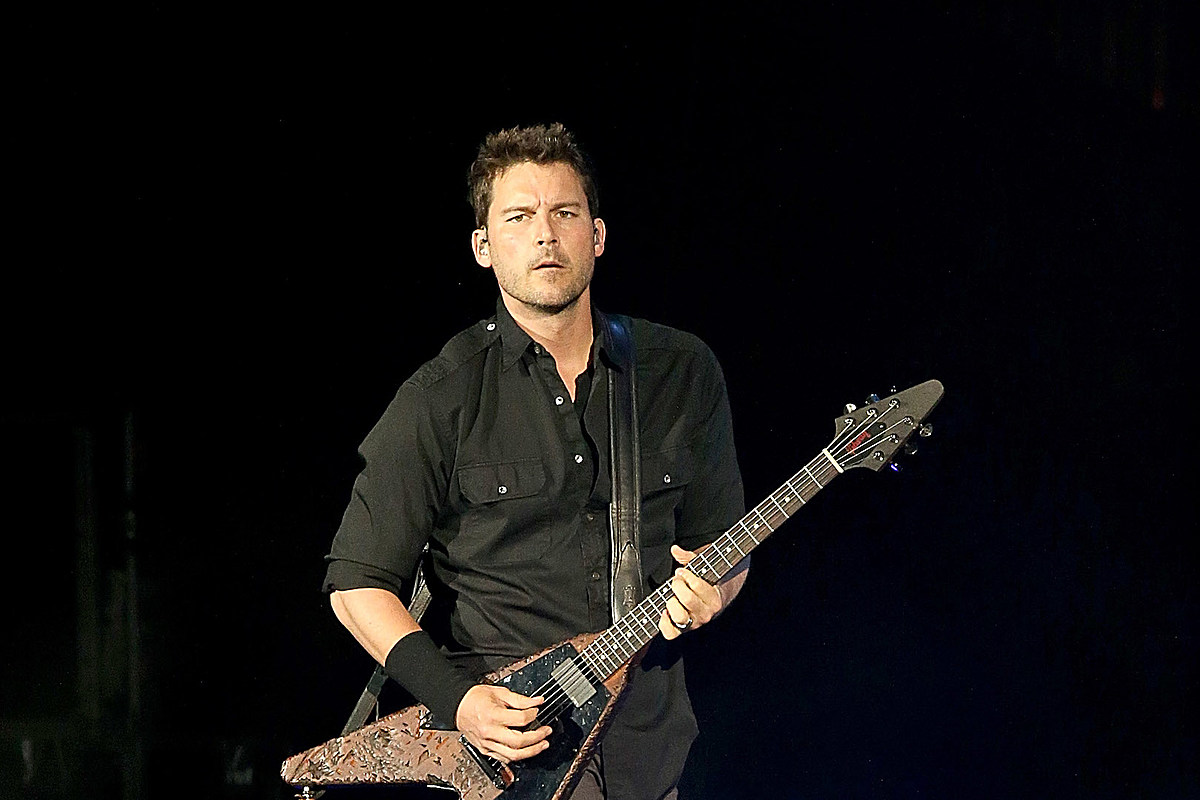 Nickelback have been teasing a new song lately called “San Quentin,” and based on the teasers, it’s quite heavier than what many might expect from them. However, guitarist Ryan Peake doesn’t seem to think that style of music is “unusual” for them, given the fact that they’ve played with various sounds over the years.

After sharing multiple snippets of “San Quentin” on social media and launching a mysterious text message campaign behind it, Peake and frontman Chad Kroeger opened up a bit about the song during a new interview with WRAT’s 95.9 The Rat. It’ll serve as their first bit of new music since 2017’s Feed the Machine, and the rockers said that they really took their time to perfect this follow-up as much as possible.

Given the sound of the song, which seemingly leans metalcore, WRAT host Robyn Lane asked Peake and Kroeger whether they think people would know it’s Nickelback.

“I think as soon as you hear my voice, honestly, it’s a bit of a giveaway,” Kroeger said laughing.

“It’s funny, we’ve been hearing that quite a bit. It’s actually interesting because I think Nickelback fans would know for sure,” Peake added. “I don’t think it’s unusual, that type of song, for us… It’s not necessarily indicative of the whole album, but as far as rock, it’s a heavy rock song. And if you’ve seen us live, you would definitely get it, too. I think it’s nice, I kind of like that people are feeling like it’s a surprise that we could write or we could have rock songs like that in our repertoire.”

The song is titled “San Quentin” after the San Quentin State Prison in Northern California. Kroeger set his mind on naming a song after the prison after he met the warden at a party a few years back and spent a good amount of time conversing with him.

“The entire time we were talking, I’m speaking to this guy, but in my head all I could think was, I’m gonna write a song called ‘San Quentin.’ That’s it,” the singer recalled. “I stuck it in my phone, and then once the riff was down, I think I screamed out this line: ‘Can somebody please keep me the hell out of San Quentin.'”

Watch the full interview below.

16 Artists Who Blend Metal With Other Genres

Metal is mingling with different musical genres now more than ever. Here are 16 artists making a name for themselves by blending metal with other types of music.

Me Too! – Cow Near the Line