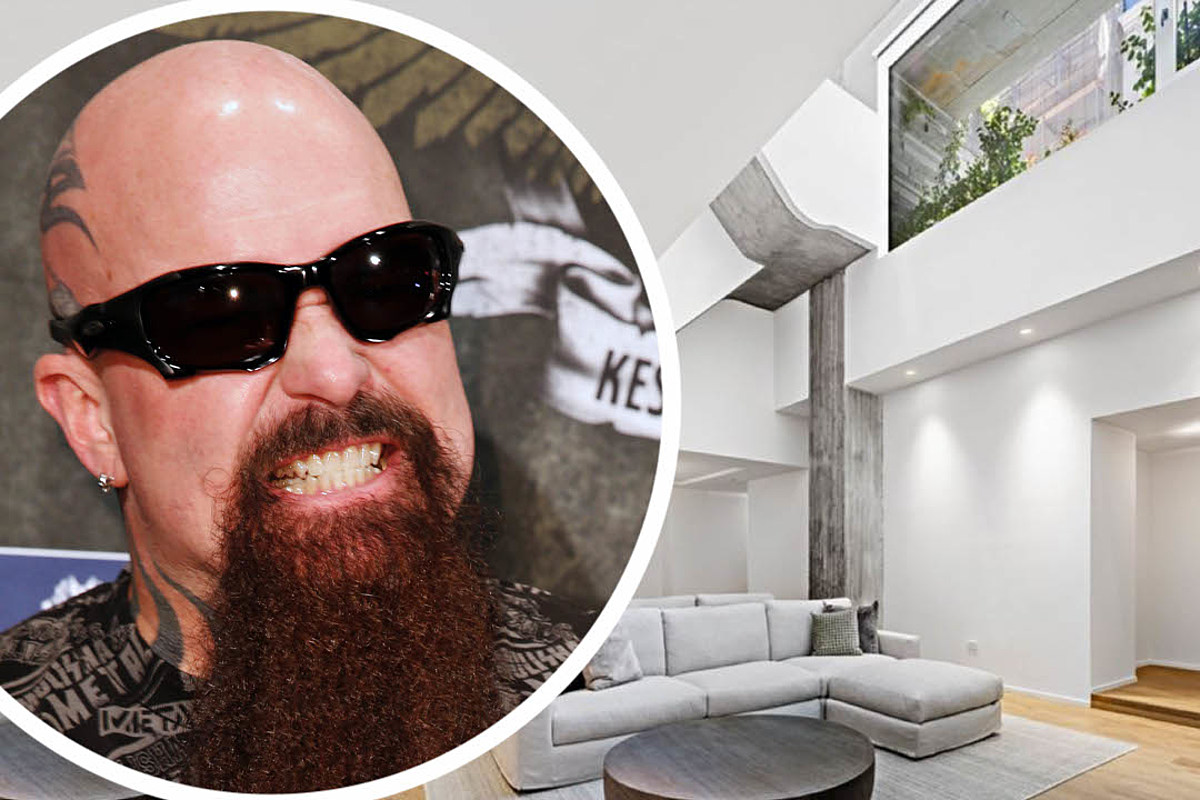 Kerry King, the guitarist who helped anchor thrash metal flagship Slayer for nearly 40 years, just purchased a spacious triplex condo unit in New York City with his wife, Ayesha King, for $3.65 million, according to the New York Post. Late last year, Ayesha revealed they had relocated from Las Vegas to the Big Apple.

“It’s time to tell you all that the King and I have moved to NYC (back home for me, excited to be near my family again),” she said on Instagram in November. “I figured I’d beat some acquaintance’s friend buddy who it heard it from a guy to announce it and think he’s cool. I served my time on the west coast for 18 years. Time to be back in the best city on earth.” (via Blabbermouth)

Look through an array of interior photos of the Kings’ new home down toward the bottom of this post.

A description of the condo at Realtor.com calls the space “the best of both worlds — townhouse living in a full-service building, at one of the lowest prices per square foot (just over $1100 a foot) in Tribeca! As soon as you step into the entrance foyer with bluestone details and a soaring ceiling overhead, you know this is a special place you will love to call home.”

It continues, “This smart home, equipped with a Lutron system, lighting, shades and Sonos architectural sound system, boasts an impressive 3,522 square feet of living space that is spread throughout this immaculate triplex including two plush bedrooms, two beautifully appointed bathrooms and two half baths with multiple living areas to ensure a room for every mood.”

Kerry, who was born in Los Angeles, lived in California most of his life until moving to Vegas in 2020.

He formed Slayer in 1981 with fellow co-founders Tom Araya, Dave Lombardo and the late Jeff Hanneman. Slayer are considered one of the “Big Four” thrash metal acts. They disbanded in 2019 after a farewell tour with drummer Paul Bostaph and Hanneman’s replacement, Exodus guitarist Gary Holt.

Slayer’s Kerry King and his wife, Ayesha, purchased a condominium in the Tribeca area of Manhattan for $3,650,000 in January 2021, according to the New York Post. See staged images from inside the home below.

A List of 15 Times Rock Bands Were Featured on ‘Jeopardy!’

Here’s a list of 15 times rock bands were featured on the popular TV show ‘Jeopardy!’.

Guy Fieri Details the Time He Cooked for Al Pacino

TMZ’s ‘What Really Happened to Richard Simmons’: What We Learned