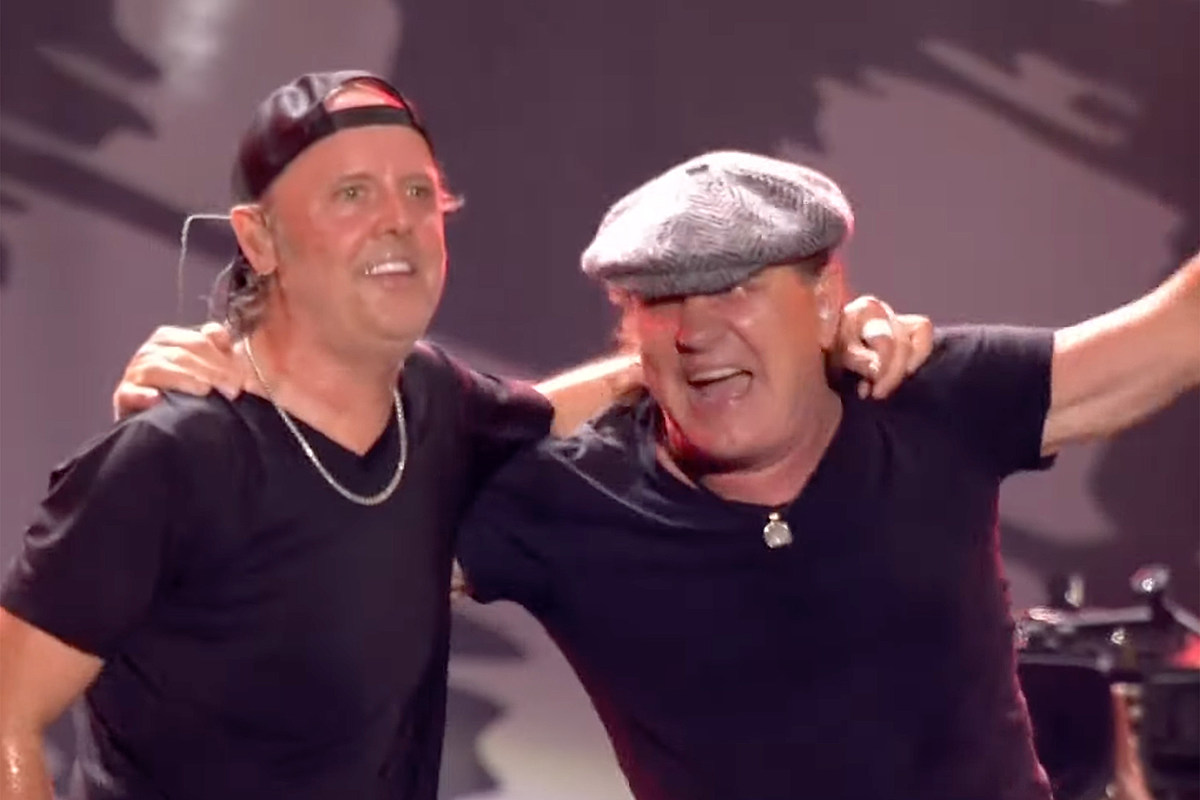 It’s one big performance after another at the Taylor Hawkins Tribute Concert going on at London’s Wembley Stadium. The audience just got an electrifying dose of rock with AC/DC‘s Brian Johnson joining the Foo Fighters with special guest drummer Lars Ulrich sitting in behind the kit.

The two song set started with the Foos members returning to the stage and warning the audience that they better have some comfy shoes as the show still had so much left. Proving their point, they invited Ulrich and Johnson to the stage, with the familiar guitar chords of “Back in Black” ringing out.

The joy was overwhelming, so much so that The Darkness‘ Justin Hawkins came out mid-song to take a verse of the song with Johnson as they both showed the power of their vocals belting into the mic together. Meanwhile, Ulrich was all smiles pounding away behind the kit.

Another Hawkins favorite, “Let There Be Rock,” followed with Johnson fully engulfed in the performance and Ulrich defiantly finishing the song before rising to his feet. You can watch the performance via the still in progress (at press time) Taylor Hawkins Tribute Show below.

These bands have been sold and streamed more than any other rockers. Sellouts!

admin
Previous articleThe Good Nurse Trailer: Jessica Chastain Tries to Stop The
Next article‘Pretty Little Liars: Original Sin’ Has Been Renewed For a