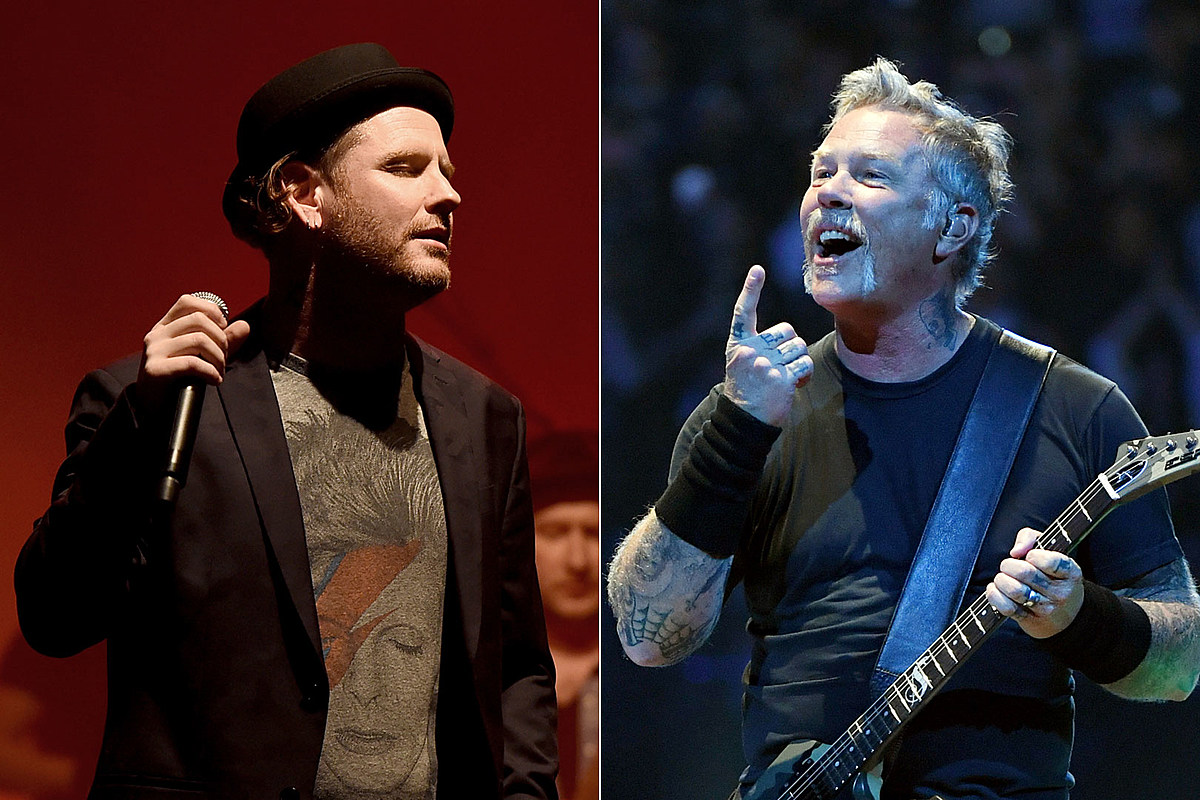 Metallica‘s Black Album was one of the most polarizing moments of their career, as it saw the legends shift from thrash brutality to polished stadium anthems. Slipknot‘s Corey Taylor is among the many Metallica fans who had to sit with it for a while before truly admiring it.

Taylor, who was 17 years old when The Black Album came out, reminisced on his first exposure to the record during an interview with Eddie Trunk on SiriusXM’s Trunk Nation [via Blabbermouth].

“Me and my friends, we were blown away by the production, just how good it sounded and yet so thick. We were just, like, ‘How did they do this? What is this?’ And I can remember us just… We taped it off the radio just so we could hear it, before the full album came out,” the vocalist recalled, adding that he and his friends sat in front of the radio all day waiting for it to come on so they could record it.

“We were losing our minds on this song. People have to realize, this was before it became our generation’s ‘Stairway to Heaven.’ We’d never heard anything like it. We were just blown away. And then the album came out, and I was, like, ‘Okay. It sounds great. But where’s the heavy stuff?'”

Taylor cited “Holier Than Thou” as one of the album’s heavier moments, which is why he chose to cover it for their 2021 Blacklist covers album. However, he had hoped for more of a Master of Puppets or …And Justice for All level of face-melting with The Black Album.

“It took me a long time to really appreciate that album,” he continued. “And I think a lot of people would agree that it probably took the Load albums coming out for us to go back and go, ‘God. What was I thinking? How good does this album sound now?’ And that’s not knocking those two albums because at the time that was such a departure.”

“Nothing Else Matters,” in particular, was a song that made Taylor question the quality of the record. But over time, he realized he really enjoyed the song, and admitted that it showed him that change has to be forced on people.

“I mean, nobody likes stuff that’s different right away. You have to drag them kicking and screaming into where you need to go, ’cause that’s the only way you’re gonna get anybody there,” he elaborated. “Assuming that people are gonna change with you is a lesson in insanity, because there’s no way it’s going to happen. You have to make the change and just drag the people along with you.”

Balenciaga Cancelled: Should You Get Rid of Your Balenciaga?

Song of the Week: Troye Sivan and Jay Som Step