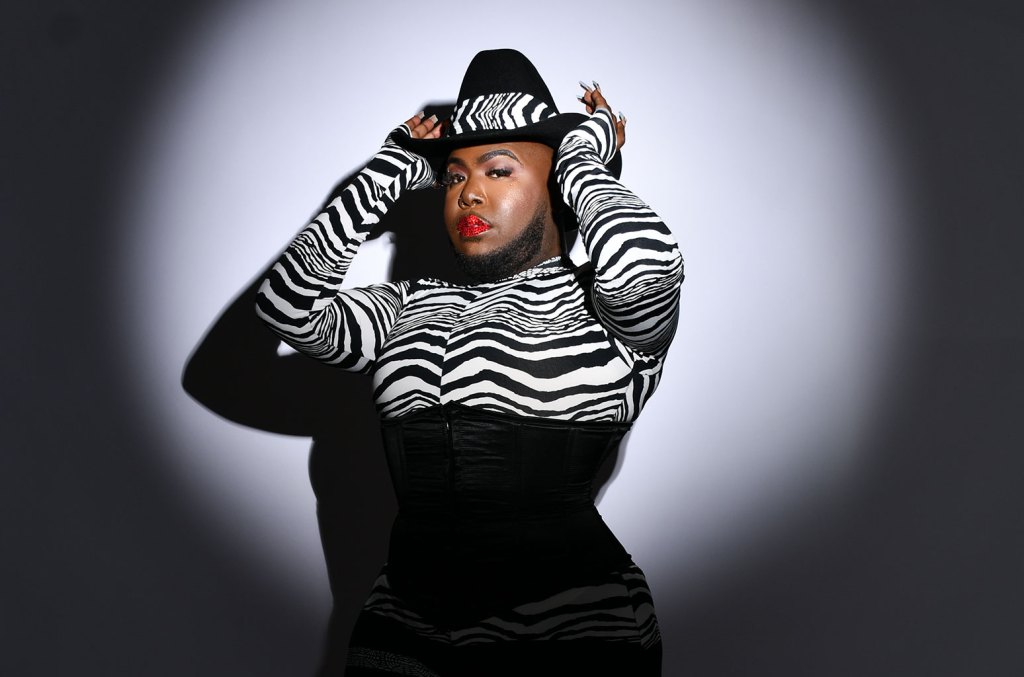 In need of some new tunes from your favorite queer artists? Look no further — Billboard Pride is proud to present the latest edition of First Out, our weekly roundup of some of the best new music releases from LGBTQ artists.

From Saucy Santana’s banging new single to Cavetown’s reflective new track, check out just a few of our favorite releases from this week below:

Saucy Santana, “I’m Too Much”

He may be declaring that he’s “too much” on his new single, but don’t get it twisted — Saucy Santana is everything. The bouncing new track from the rising hip-hop phenom is the exact kind of swagger-filled anthem we need for the end of the week. Complete with a jazzy breakdown, a killer beat, and Santana’s A1 flow as he flexes just how fine he is on each and every bar, “I’m Too Much” is more than enough for you to break it down to over the weekend.

Since the inception of his career, Cavetown has been uniquely qualified when it comes to making deeply personal and emotionally affecting observations through their music. With his latest “1994,” that songwriting is on full display, set to a gorgeous indie dream-pop sound. Focusing itself around the universally-understood feeling of being stuck while everyone else around you seems to grow up and move on with their lives, “1994” presents yet another place for Cavetown to show off their emotionally intelligent lyrics, as they sing, “I felt so much older than the kids ’round the corner/ But I feel so much younger now.”

Despite the entirety of queer TikTok analyzing and breaking down her last breakup thanks to “Becky’s So Hot,” Fletcher still has plenty more to say about moving on from past love. “Better Version,” the last single off of her upcoming album Girl of My Dreams, serves as a flipside to “Becky” — where the latter serves as a flippant, light-hearted acknowledgement of her newly single status, the former pushes the knife in deeper. It’s a feat of songwriting for Fletcher to cut to a point so raw, so quickly: “I fixed your heart but mine still hurts/ And now some other person is gonna get the better version of you.”

Sometimes, you just need someone to tell you that you’re hot. Corook has got you covered with their slow jam “Hell Yeah,” a light, breezy new single in which the star examines an unnamed person and marvels at just how rad they are. From their looks to their personality, the singer spends the majority of the song gassing up the listener, and letting them know (succinctly) that if someone out there can’t recognize all of the great things about them, then “they’re f–kin’ stupid.” It’s a confidence boost that’ll fill you with warm, fuzzy feelings in no time.

Queer trans rock-country singer Mya Byrne is ready for a change. Along with helping launch the new imprint label Kill Rock Stars Nashville, her new single “Autumn Sun” tracks the changing of seasons, hearts, minds and attitudes. The single, produced by Aaron Lee Tasjan, offers up a delicious groove for listeners to fall in with from the moment it begins, while Byrne’s soothing voice lulls you along, while she proclaims “Time to love what you have sown, embrace what you’ve disowned.” It’s a moving single from a voice that more ought to know.

House of the Dragon Showrunner Departed After HBO Refused to

‘Offseason’ Director Mickey Keating Talks About His Love For ‘Silent

Deliciously Dark WHERE THE SCARY THINGS ARE Coming to Digital

‘The Movie’ Trailer Tortures An Actress For The Sake Of