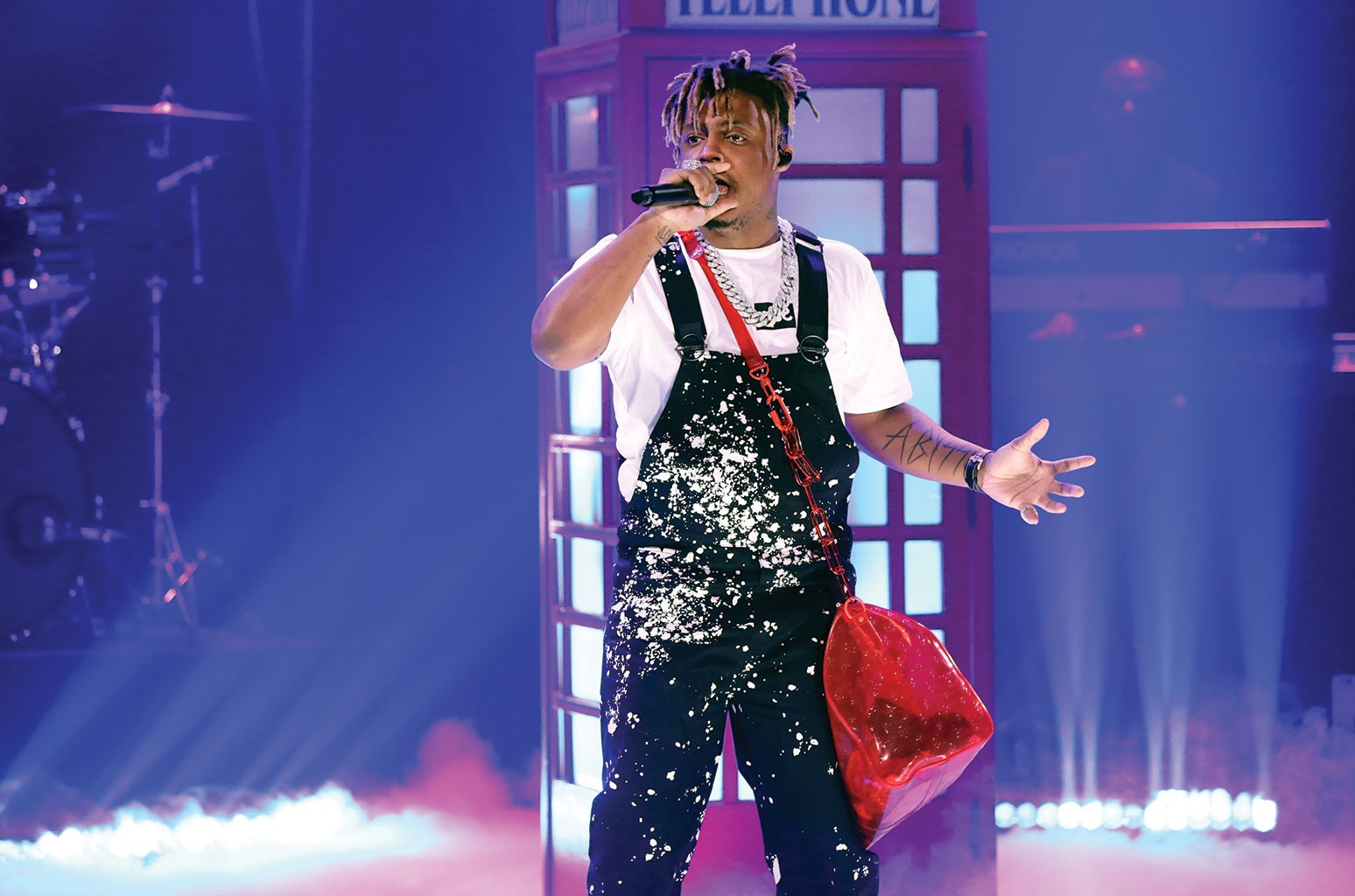 “Music kind of helps the situation pass,” Juice says while the song’s laconic beat kicks up. “I been taking medicine again/ And I mix it with the Vicodin… Have you ever been so alone/ That nobody’s house feels like home,” he raps in his signature mellow flow over a clips showing the MC talking about feeling detached from himself “all the time.”

At one point, Juice (born Jarad Anthony Higgins) wonders if by him talking about his struggles he might help someone else get through their own hard times. “You feel like [if you have] anxiety or depression, they’re gonna look at you like you crazy,” he says. “That’s not how it should be, but that’s how it is and everything needs to change.”

The song features a number of other haunting lines, including, “You can see the pain in my laugh/ Demons coming back from the past/ Feeling like I’m about to relapse/ Voices in my head/ All I can hear them say is everyone wants me dead/ B—ch I’m already dead/ I’ve been dead for years.”

Fighting Demons will drop on what would have been Juice’s birthday on Dec. 10 via Interscope Records and it follows on the heels of his first posthumous album, Legends Never Die, which was released last July. Higgins died on Dec. 9, 2019 at 21 of an accidental overdose of oxycodone and codeine. Following his death, his mother, Carmela Wallace, created the Live Free 999 Fund, to help youth struggling with mental health and substance use issues.

“There was nothing Jarad ‘Juice WRLD’ Higgins enjoyed more than delivering new music to his millions of fans around the world. He left behind an astonishingly deep catalog of music that will ensure his fans will have new songs to listen to for years to come,” Wallace wrote in a statement announcing the album according to Vulture. “Jarad was always searingly honest about his struggles and through his musical genius he articulated what was on his heart and mind vividly through his art. He never gave up and his friends and family never gave up on offering their support to him.”

Watch the “Already Dead” promo and listen to the song below.

Celebrities Who Have Renewed Their Wedding Vows

It became known why Shakira and Gerard Pique broke up

A Timeline of Blink-182’s Lineup Changes

Is A New ‘Friday the 13th’ Movie Imminent? Jason Voorhees