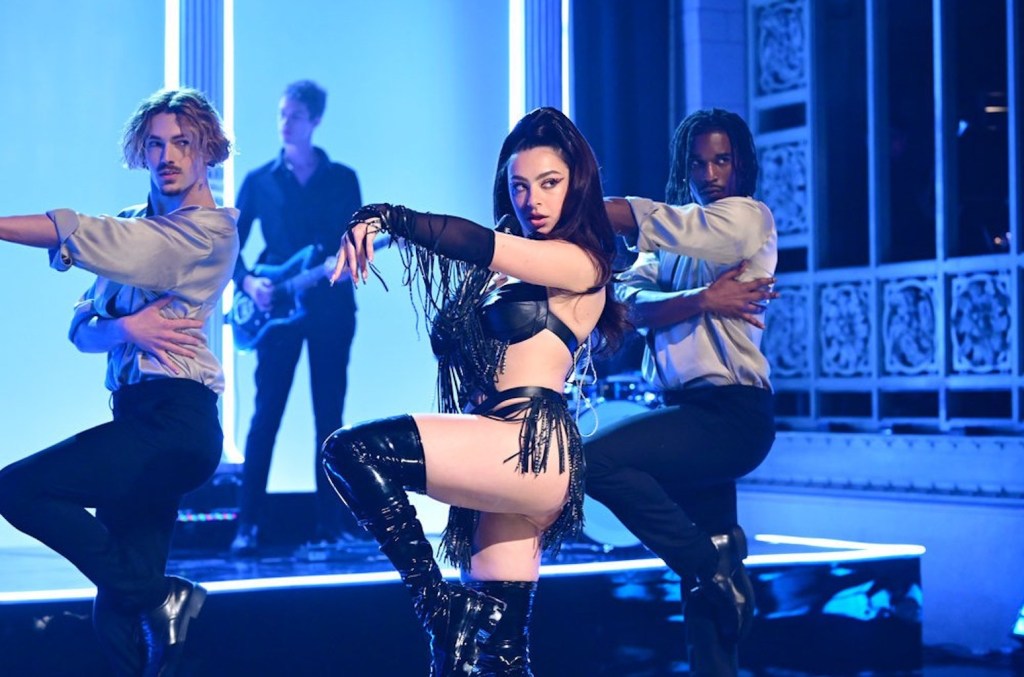 Life Is Beautiful, Las Vegas’ block-party festival, returned to the streets downtown for its ninth edition on Friday (Sept. 16). The three-day cacophony of music, art, comedy and food set amid the lights of 18 electric blocks always delivers a number of surprises for both attendees and performers. 2022 was no exception. With stand-out sets from Charli XCX, Alison Wonderland and Blu DeTiger, this one belonged to the women who dominated Friday’s lineup.

Rising star Blu DeTiger performed not once, but three times on Friday: first her own set on the Huntridge stage, then at the Toyota Music Den and later at the official Life Is Beautiful after party at the Sand Dollar Lounge inside the Plaza Hotel, where she DJed and riffed on her bass. During her festival turn, the bass prodigy was dreamy, funky, poppy heaven on her own tasty songs such as “Cotton Candy Lemonade,” “Toast with Butter” and “Crash Course” — and then with covers of Gorillaz, OutKast and M.I.A. Closing out the 40-minute set with Vintage, and ripping on the bass, DeTiger left us wanting more and assured she would deliver.

Billboard talked after the set with DeTiger, who shared that while she embraces her following on TikTok, where she rose to fame, nothing beats the live crowd. “I released most of my music during the pandemic. I got a lot of my fanbase during the pandemic, and I started playing shows at a certain level because that’s how the trajectory was going. I suddenly had all these people that knew the words,” she says. “I’d rather the real human performance over performing to a phone.”

Australian DJ and producer Alex Sholler, also known as Alison Wonderland, is the current reigning queen of EDM — and she straightened that crown closing out day one with a booming set that showcased her range of talents. Playing until 1 a.m. in the Fremont tent, she provided a divergent sound to the other headliner of the night, indie rockers Arctic Monkeys on the Downtown Stage. The Church of Wonderland was the theme of the set with stunning lasers and projections as she played her remix of Dua Lipa’s “New Rules,” “U Don’t Know” and numerous tracks from her new album Loner, like “Something Real.” Singing, DJing and cello playing, she offers something fans just can’t get from other EDM artists. Seeing her live is like taking a trip through her soul — raw, visceral, churning and burning, yet delicate and intricate. Sholler told Billboard that playing Life Is Beautiful in 2018 stills stands out in her mind.

“It was the energy. It’s always the energy that makes me remember a show. I remember it just being such a rush. And I was having a really good moment in life at that time, too,” she says.

Playing the intimate Huntridge stage, Charli XCX easily could’ve occupied space on the main stage. It’s through her festival sets that you really get the scope of her body of work and its hits. From “Lightning” to “I Love It,” the Greek goddess-themed staging created a stunning visual presence while the sing-along quality of her catalog was pure auditory pleasure. Her energy carried over to the crowd, which bounced back to the stage and her dancers. The biggest treat of the night was “Hot in It,” a Tiësto collab — playing it in the town the DJ unquestionably dominates.

Other top acts included Shaggy on the BACARDÍ stage, Cage the Elephant and Coin on the Downtown stage, Wet Leg on the Huntridge stage and Sonny Fodera on the Fremont stage.

Shaggy brought the party with all fun tracks that everyone sings along to, including “Angel,” “Boombastic” and “It Wasn’t Me.” He shouted out his collaboration with Sting on the Frank Sinatra-homage album Com Fly Wid Mi, performing “That’s Life.”

Playing off the fun house vibes of the night at the BACARDÍ stage, Oliver Tree was a delicious festival snack, riding on stage in a scooter, making reference to the heat by describing himself as a pork chop and playing an extra huge guitar. Appropriately, his album Ugly Is Beautiful was prominently featured.

T-Pain, who dropped in when Migos dropped out, was the perfect day one closer on the BACARDÍ stage. His collaborative hits “Black and Yellow” with Wiz Khalifa and “Good Life” with Kanye West are festival bangers that never grow stale.

Before closer Arctic Monkeys, Cage the Elephant could have easily been the headliner of the night. The band, fronted by Matt Shultz, moved up the lineup quite a bit from their turn in 2017, but one thing that hasn’t changed is the theatrics. Shultz has the persona of Iggy Pop crossed with Mick Jagger, and he banged out the hits, wore at least three extravagant hats and stage dived into the crowd while wrapping himself in his fishnet tights. At one point, he even stopped and started a song over as a drone show appeared in the night’s sky for the website Factz.com. Unrelated to the festival, the colorful flying devices paraded into a letter “Z” pierced by an arrow.

Harry Styles is a yummy merman in “Music for a