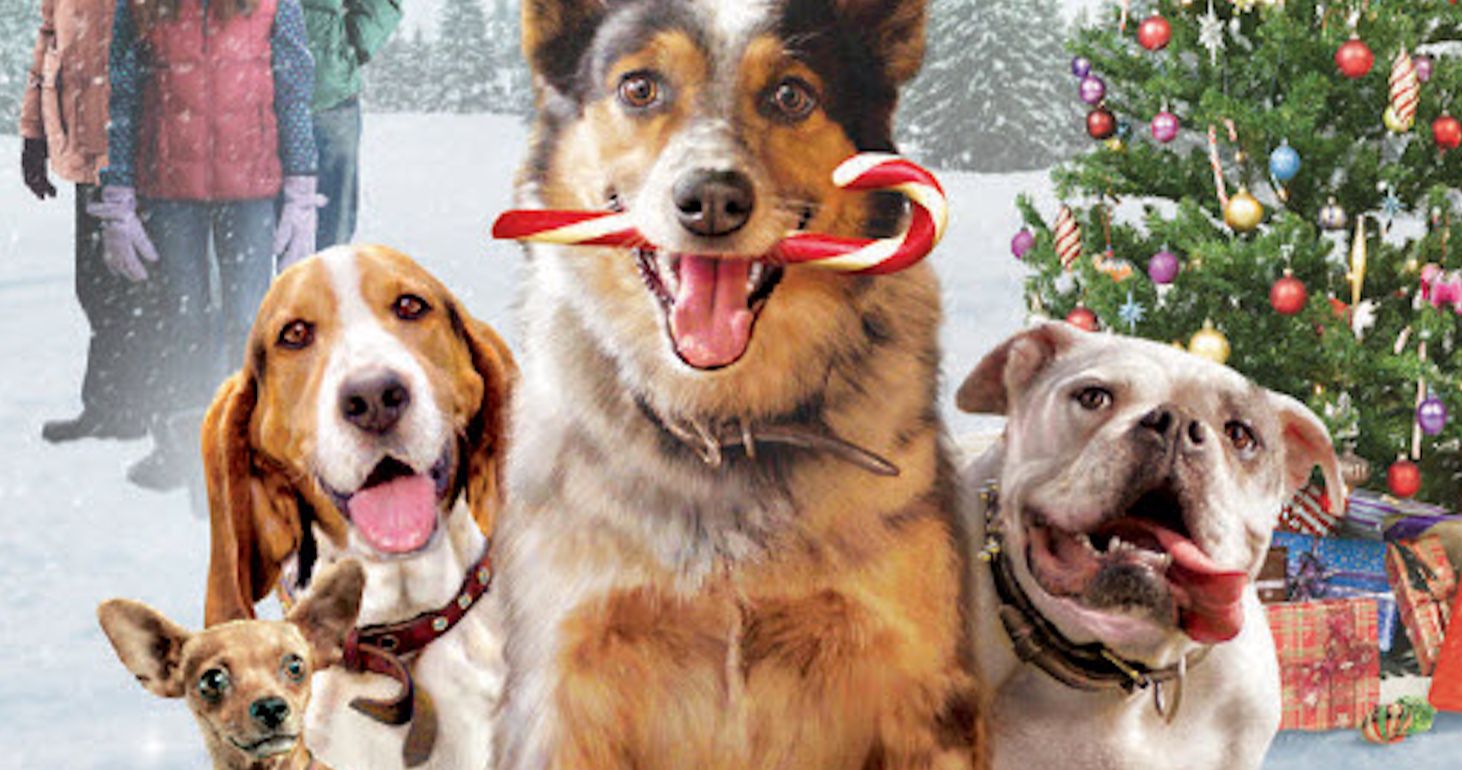 My hands are quaking as I write this. Our new Christmas classic is arriving soon! Move over Rupert, Pups Alone is in the (dog) house!

Let me catch my breath. Ok, here we go. The stars have aligned to create what is destined to be my favorite Christmas movie. Saban Films and Paramount have just released the new trailer for Pups Alone. The IMDB listing has been taunting me for months, and the trailer is finally here! We’ve got a talking dogs, Home Alone homage, starring Dolph Lundgren, with a stellar cast voicing the fur babes, and one of them is Jerry O’Connell! Does it get any bleepin’ better!?

We have Mr. Lundgren in a holiday onesie, playing the Joe Pesci brains of the operation. Later Dolph is dressed as Santa explaining the plan to the burglars who clearly don’t have a chance against the hilarious and Macaulay Culkin-approved (I’m assuming) masterplan to teach these crooks that these pooches are not to be fooled with!

The synopsis reads, “Get ready for hilarious canine holiday hijinks! While everyone is away on a company ski trip, a jealous inventor hires two thieves to break into his co-worker’s house and steal his top secret new creation. But they are no match for a mischievous pack of neighborhood pups, who set up tricks and traps to protect the home and save Christmas. This laugh-out-loud comedy stars Dolph Lundgren and features the voices of Jennifer Love Hewitt, Jerry O’Connell, Danny Trejo and Rob Schneider.”

While my fellow writers continue to shame me for my perennial love of the live-action talking animal film genre, I, time and time again, am proven right. People? This is one of those times. The trailer alone was a two minute jolly-filled, knee-slapping gas! Check out the poster, whether you are Home Alone or surrounded by your canine friends! Watch those pups kicking those crooks to the curb!

The addition of Dolph Lundgren in the villain roll was a stroke of genius. We adore him as a movie villain, but our nostalgic hearts hold him dear. He gets out little neurons cooking, firing off evil Drago, but then back to He-Man in Masters of the Universe, then popping up in shows like Workaholics. We love and love to hate him. Perfect choice!

Screenplay writer Jason Gruich is making his debut with an embarrassment of riches. They truly set him up with a cast that brings the laughs. This is where I would usually wax poetic and conclude that Jerry O’Connell is a national treasure, and he is! But the cast of voice actors, not to take away from what is going to be Mr. Lundgren’s holiday gift to us all, are known for their voice talents and distinctive deliveries. Kudos, Jason Gruich!

Pups Alone arrives in select theaters November 19, on Digital, On Demand and DVD November 23. Slip into those sweat pants and let the footballies watch the game after Thanksgiving dinner. We’ve got burglars to foil!

The 29-year-old actress had a small but important part in her father’s Netflix series.

Legacies Season 4 Episode 13 Review: Was This the Monster

Chris Pratt Does Not Sound Like Mario in the ‘Mario