Marvel’s Eternals Fight Scary Monsters to Save Our World in 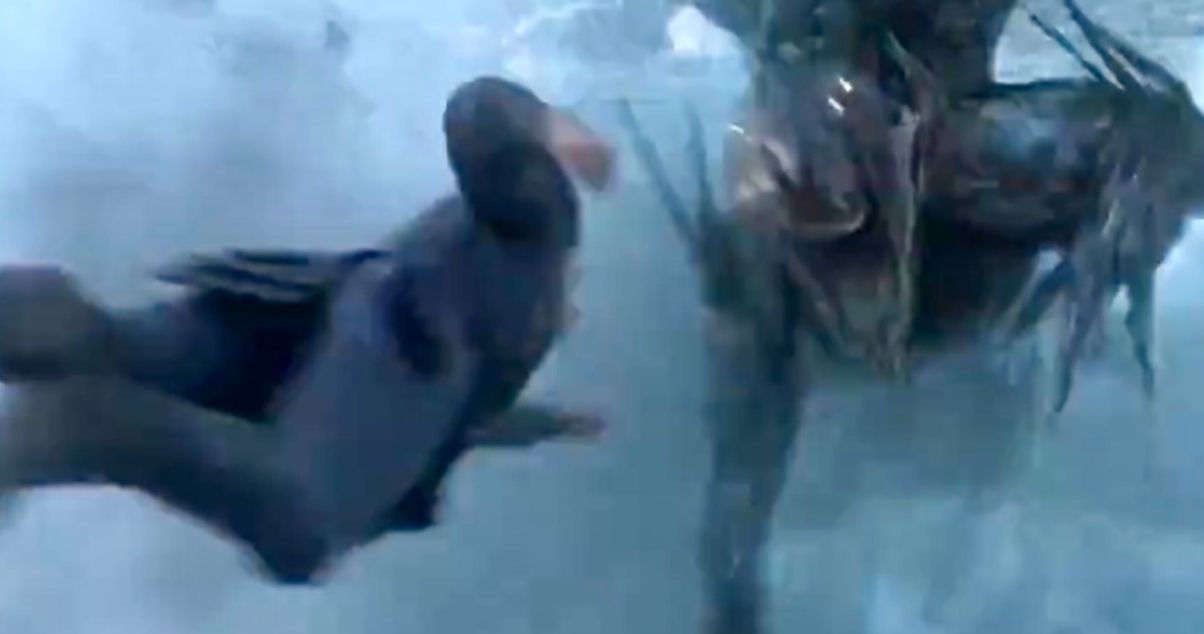 A new teaser for Marvel’s Eternals brings with it some new footage of Richard Madden’s Ikaris, Don Lee’s Gilgamesh and more.

The Eternals must fight for what they love in a new teaser for the upcoming MCU installment, which offers several action-packed glimpses of the titular heroes’ vast array of powers as they battle the villainous Deviants in some exciting new footage. The trailer also features Richard Madden’s leader, Ikaris, quipping that he doesn’t wear a cape, as well as Don Lee’s Gilgamesh demonstrating why he is considered the strongest member of the Eternals.

Eternals will introduce audiences to a whole new side of the Marvel Cinematic Universe and picks up following the events of last year’s comic book blockbuster event, Avengers: Endgame. In the wake of the devastation caused by Thanos, enter the Eternals, a species of immortal aliens from a distant planet who arrived on earth thousands of years ago and have been protecting humans since the dawn of time. Created by the Celestials, a race of powerful extra-terrestrial cosmic beings who have secretly lived on Earth for over 7000 years, the Eternals must reunite to protect humanity from their evil counterparts, the Deviants.

Eternals is written and directed by Oscar-winning filmmaker Chloé Zhao, with Patrick Burleigh also contributing to the screenplay. Starring an epic ensemble cast including Hollwood icon Angelina Jolie as the fierce Eternal warrior, Thena, Richard Madden as Ikaris, the tactical leader of the Eternals, Kumail Nanjiani as Kingo, an Eternal who can shoot cosmic energy projectiles from his hands, Lauren Ridloff as Makkari, an Eternal with the gift of super-speed, Brian Tyree Henry as Phastos, who poses super-intelligence, Salma Hayek as Ajak, the leader of the Eternals, and Don Lee as Gilgamesh, the strongest of the Eternals, the movie should be far from lacking in standout performances amongst these new MCU superheroes.

The arrival of the Eternals so late in the game has raised several questions, including why these all-powerful beings did not intervene when Thanos took it upon himself to wipe out half the universe. While these cosmic reasons for staying away have been hinted at in the trailer, director Chloé Zhao has stated that the movie itself will make things clearer. “The audience will understand why,” Zhao said. “Not only why, but how complicated not interfering made them feel. We explore that. You’ll see that in the film. The Eternals were instructed not to interfere with any human conflict unless Deviants are involved. There’s a reason why that’s the case.”

Many have also wondered whether a new leader of the Avengers will be found amongst the Eternals ranks, with particular attention being paid to Richard Madden’s cosmic energy shooting Ikaris. “I don’t know,” the actor replied when asked if Ikaris would be up to leading the iconic team of Marvel heroes. “I know that he’s a good leader and a good soldier. If those are two traits that you need to lead the Avengers, then he has them. But I wouldn’t be able to predict that.”

Eternals is scheduled to be released in the United States on November 5, 2021, as part of Phase Four of the Marvel Cinematic Universe. Much like fellow Marvel new-arrival, Shang-Chi,Eternalswill be released exclusively to theaters.

Andrew Garfield could have played the lead role in The Chronicles of Narnia: Prince Caspian, but his looks prevented that from happening.