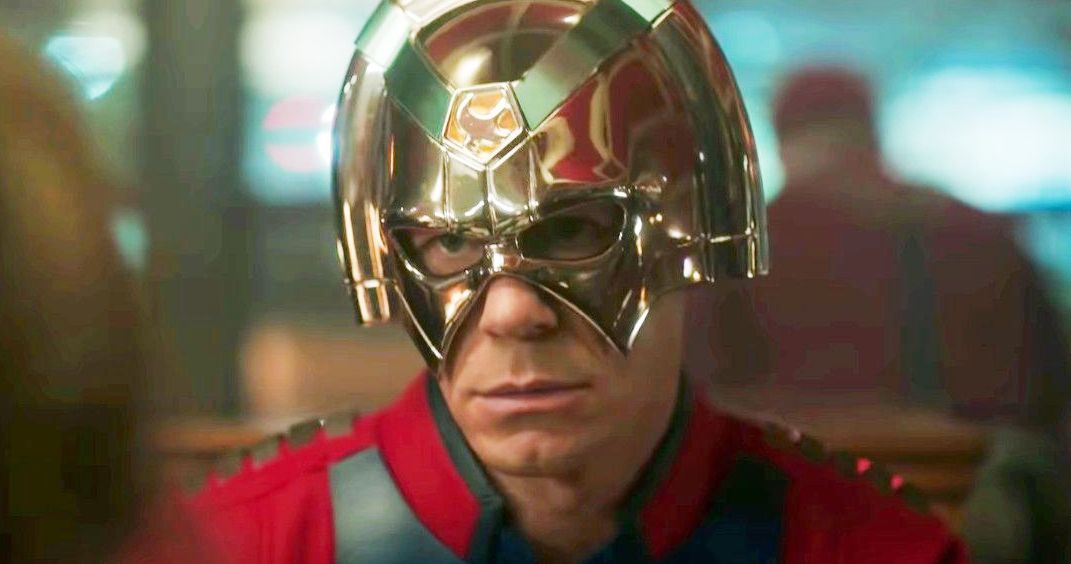 A new clip from HBO Max series, Peacemaker, makes the vigilante the subject of ridicule.

John Cena’s got the looks, the car, and the best sidekick ever, and all in the name of peace in this new clip from The Suicide Squad spinoff series, Peacemaker. Released by HBO Max, the clip gives us a sense of the humor and mockery that will no doubt plague the title character as he tries to enact justice while wearing a silver toilet seat on his head. The footage even teases the arrival of Peacemaker’s beloved pet eagle, Eagle-y.

Created by The Suicide Squad and Guardians of the Galaxy director James Gunn for the streaming service HBO Max, the series picks up after the events of this year’s The Suicide Squad, with the Peacemaker series set to explore the origins of the unorthodox vigilante and his subsequent missions.

Peacemaker has been described by John Cena himself as the “douchey, bro-y Captain America,” and is a ruthless, jingoistic mercenary who believes in achieving peace at any cost, and he really does mean any cost. As evidenced in the clip, it is this unwavering dedication to his mission and his identity as Peacemaker that will make the character the subject of much ridicule from his teammates, who look to be ordinary people rather than costume-clad, pet eagle-owning psychopaths.

Indeed, the clip introduces some of the supporting cast, with Cena set to be joined by a few familiar faces from The Suicide Squad movie, including the likes of Steve Agee as John Economos, the warden of the Belle Reve penitentiary and an aide to Amanda Waller; Danielle Brooks as Leota Adebayo, who has been described by James Gunn as a co-lead of the series with a different political view from Peacemaker’s; Jennifer Holland as Emilia Harcourt, an NSA agent and aide to Amanda Waller; Robert Patrick as Auggie Smith, Peacemaker’s father; Freddie Stroma as Adrian Chase AKA Vigilante, a district attorney and crimefighter who can quickly heal from injuries; and Chukwudi Iwuji as Clemson Murn, a mercenary who in the past has worked for Amanda Waller.

Despite being so steadfast, James Gunn has revealed that Peacemaker will grow and learn throughout his standalone series, but none of this will make him much more likeable. “Peacemaker has a lot of issues,” Gunn said, somewhat downplaying the warped outlook of Peacemaker. “I don’t sit down and say ‘Oh, how am I gonna make this character likable.’ I make it as fully fleshed as possible, and one of the things that I wanted to tell was a story in which he’s got a lot to learn.”

Gunn continued saying, “His blind spots are pretty terrible and there are other places of him being ignorant. He’s every guy I grew up with in Missouri, and not different from anyone I know. Everyone on TV is entirely good or entirely evil, although there are some great shows not like that, and it was fun to make a supervillain who has a lot of nuances.”

James Gunn has written all eight episodes of the DC series, whilst also directing five episodes. Peacemaker is set to premiere on HBO Max in January 2022.

Jason Statham Sequel The Meg 2 Set to Being Filming Next Week in the U.K.

The Meg made a splash at the box office in 2018, and Jason Statham is ready to get in the water again with filming on the sequel imminent.

Vivienne Westwood Was Punk to the Very End

Last Of Us Episode 2 Has a Big Change From

I’m a Millennial, But I’m Totally Trying Out These 5

Blac Chyna Goes After ‘Extremely Biased’ Judge Who Presided Over

Yes, You Need a Matching Set This Fall

Rachael Kirkconnell: The Only Timeline I Give Matt James Is