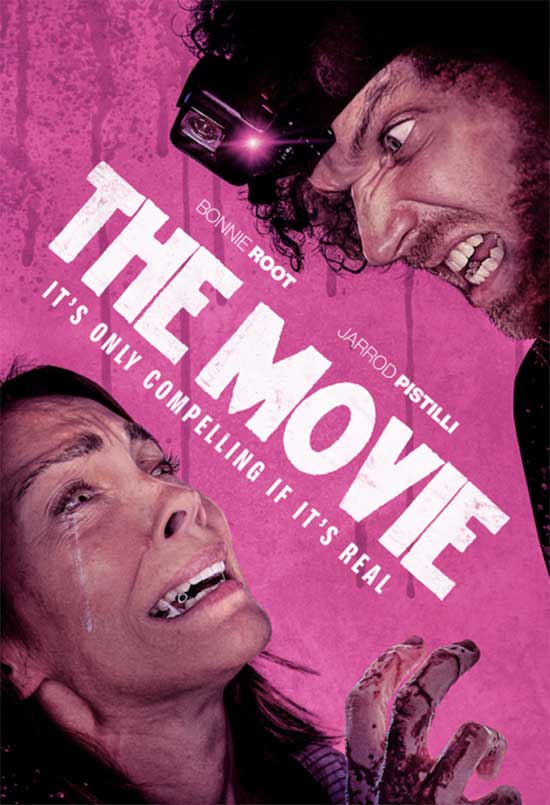 IT’S ONLY COMPELLING IF IT’S REAL….

OPENING ON DIGITAL PLATFORMS ON SEPTEMBER 6

Former child star Janet Gillespie is home alone one night when the doorbell rings and Walter, a delivery boy, shows up with a big package on a dolly. He recognizes her. Takes a selfie with her. Tells her he wrote a screenplay for her and even has it with him. Soon, Janet’s bound to the dolly and Walter’s shooting his movie right there in her house. Of course, Walter is no delivery boy at all. He’s a renegade filmmaker doing whatever it takes to get his movie in the can, which just so happens to be the worst movie of all time, Water Under the Fridge. Walter thinks it’s only compelling if it’s real, so he makes Janet experience the things her character is experiencing for real. There’s an onscreen kiss, a love scene, even a death scene, and Janet’s gotta do it all… with or without consent.

The Movie | Official Trailer from The Movie on Vimeo.

THE MOVIE was written and directed by Michael Mandell and stars Bonnie Root and Jarrod Pistilli. Gravitas Ventures will release the filmon digital platforms on September 6, 2022. The film has a running time of 85 minutes and will not be rated by the MPAA

The Time Traveler’s Wife Trailer Asks Why Love is Intensified

Ciara’s Cutout, High-Slit Dress Steals the Spotlight at the NFL