Stunning New Clip From Shudder Release ‘Saloum’ Will Wake You 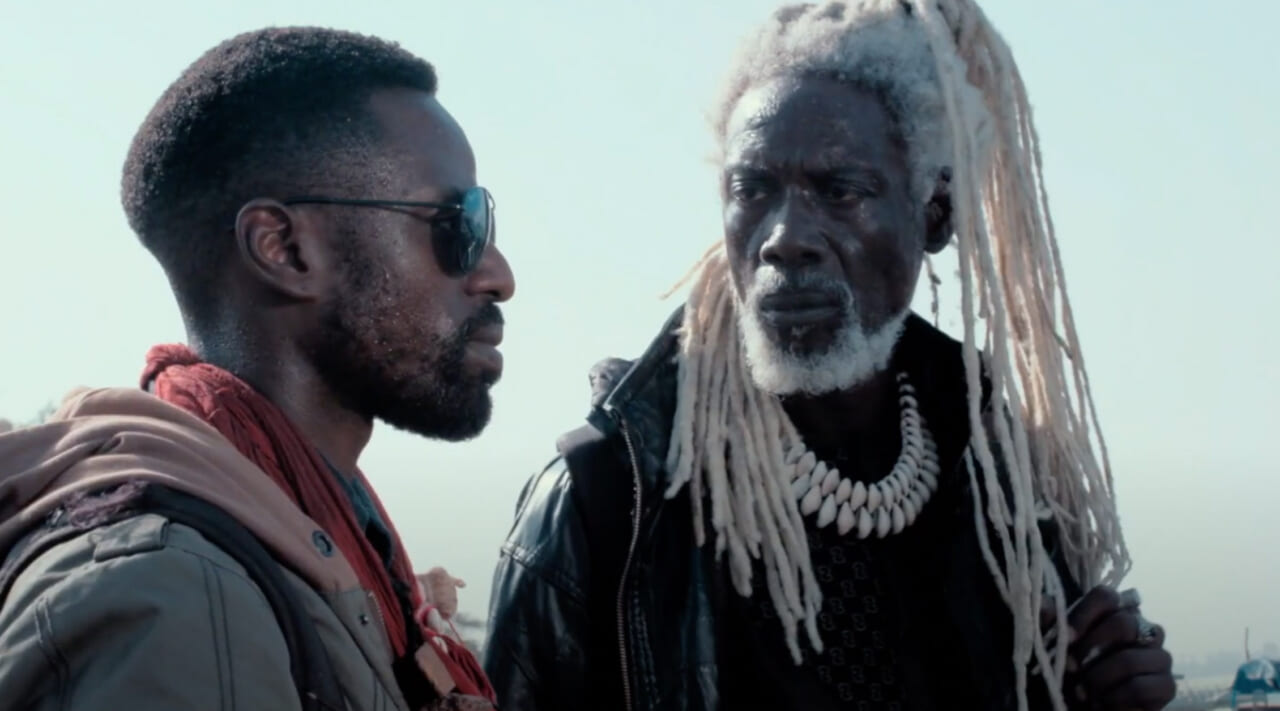 Go ahead and check it out. 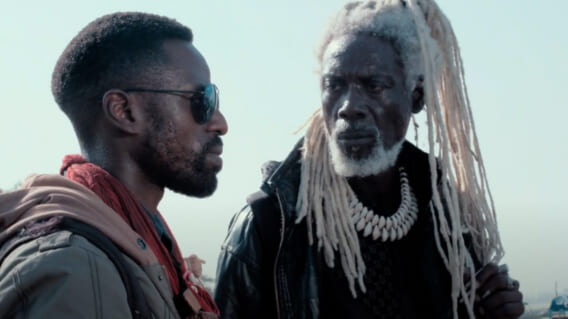 Today we have an exclusive look at a brand new clip for Shudder release Saloum. The film is an acclaimed mind-melter complete with stunning cinematography and is definitely not to be missed. Shudder unleashes the film today, and I’m psyched more genre fans will finally get a chance to witness this madness. A Senegalese genre-bender, Saloum is set during the 2003 Guinea-Bissau coup d’état and is full of eye-popping spectacle.

In the film, after being shot down after fleeing a coup and extracting a drug lord from Guinea-Bissau, the legendary mercenaries known as the Bangui Hyenas—Chaka, Rafa, and Midnight—must stash their stolen gold bounty, lay low long enough to repair and refuel their plane, and escape back to Dakar, Senegal. When they take refuge at a holiday camp in the coastal region of Sine-Saloum, they do their best to blend in with their fellow guests; including a mute named Awa, with secrets of her own, and a policeman who may be on their tail. But it’s Chaka who happens to be hiding the darkest secret of them all. Unbeknownst to the other Hyenas, he’s brought them there for a reason. Once his past catches up to him, his decisions have devastating consequences, threatening to unleash hell on them all.

In this new clip provided by Shudder, you’ll be privy to what makes this film so gorgeous to behold. Check it out right here:

Dread Central’s Drew Tinnin reviewed the title out of TIFF, writing: “Combining a drug trafficking movie with the occult, Saloum offers up a reflection of French West Africa where the legends of today cross paths with the ancestors of the distant past.” Check out the full review right here.

“Screams From The Swamp” comes to Blu-ray on Dec 27th

THE BOSS BABY 2 FAMILY BUSINESS “Save The Family Business”