‘Stay Tuned’ is the Forgotten ‘90s Gateway Genre Film You 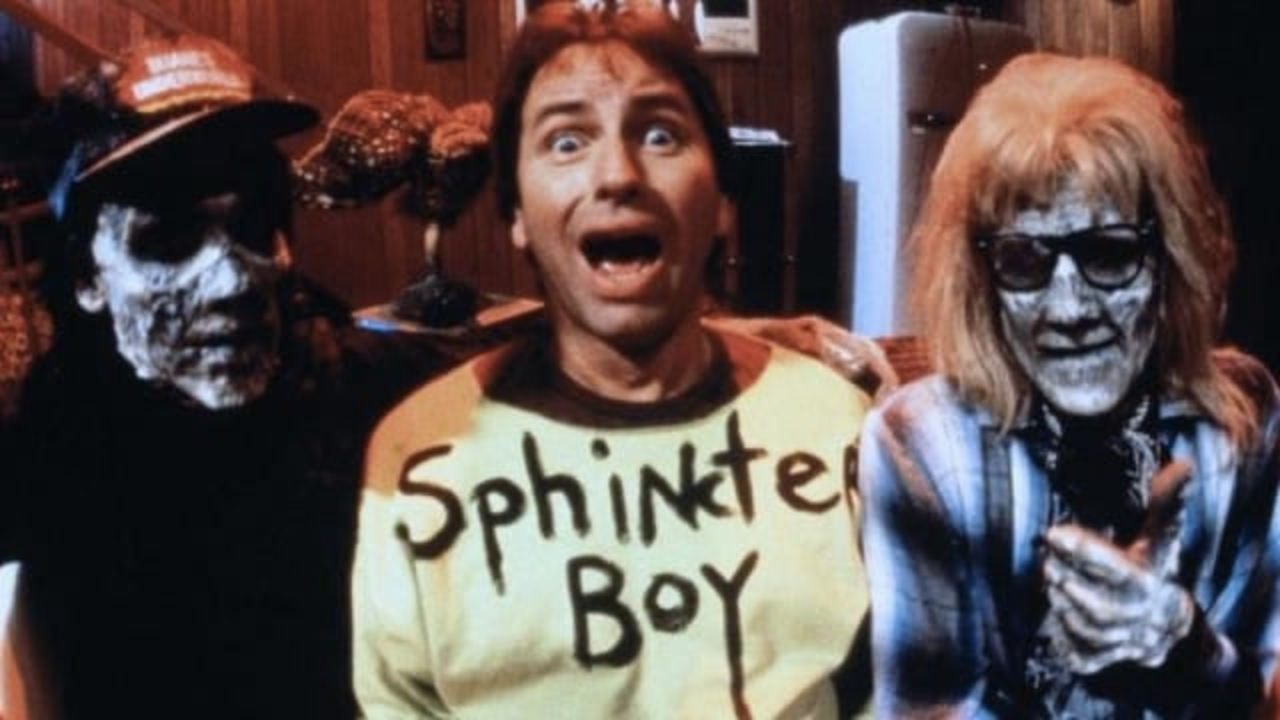 Something weird’s on the air! 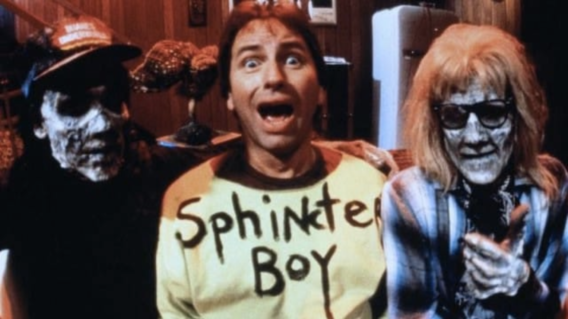 The first thing that comes to mind when I think of Stay Tuned is that cliché saying: “They don’t make ‘em like they used to.” And as trite as it may be, that about sums it up. Stay Tuned is a fantasy-comedy filled to the brim with horror energy. Though it was marketed to a tender audience, the flick doesn’t hold back. The humor is pitch-black and often rather ‘adult’ in nature. Features of this ilk have all but ceased to be made since the turn of the 21st century. Genre fare marketed to youngsters tends to be far safer these days. And that’s a shame. However, that’s all the more reason to sing the praises of this oft-overlooked family feature.

Roy Knable (John Ritter) loves television. All of his free time is spent in front of the tube and that’s just the way he likes it. However, his wife, Helen (Pam Dawber), is less enthusiastic about Roy’s sedentary lifestyle. When matters come to a head, Helen, on the verge of leaving Roy, smashes the family TV set. So, when door-to-door salesman, Spike (Jeffrey Jones ) offers to set Roy up with 666-channels of quality programming, Roy fails to read the fine print and literally sells his soul. The contract, however, includes an addendum. It says that if Roy (with Helen along for the ride) can survive 24 hours of Hell Vision programming without falling victim to the various dangers within, he can return home. The problem is that getting out alive has proven impossible for nearly anyone that’s ever attempted.

As you can probably tell after reading the plot crunch above, the setup for this comedic effort is outrageous. It absolutely requires that one suspend their disbelief as the price of entry. But if you can look past the outlandish nature of the subject matter and merely enjoy it for the outrageous good time it is, Stay Tuned has a lot to offer. Watching Helen and Roy traverse the eccentric and macabre programming at Hell Vision, jumping from channel to channel as they attempt to overcome various obstacles within each station is entertaining, comical, and rather dark.

The outlandish programming offered by Hell Vision lampoons many of the popular programs of the early ‘90s. A few noteworthy offerings from the Hell Vision lineup include: Driving Over Miss Daisy, Duane’s Underworld, Northern Overexposure, Meet the Mansons, 3 Men and Rosemary’s Baby, and Autopsies of the Rich and Famous. Among my personal favorites is the gameshow, You Can’t Win. It offers prizes that include a complete set of the Encyclopedia Satanica and the chair/fridge/toilet hybrid, The Napper Crapper.

It’s not, however, just the spoof programming that makes Stay Tuned so great. The commercial segments are equally amusing. Case in point: One ad features a product called ‘The Silencer of the Lambs’, which is a Hannibal Lecter-style muzzle designed to quiet noisy children. Additionally, the product line also includes ‘The Silencer of the Pets’, which is, of course, sold separately. As a burgeoning horror fan, I ate this stuff up. It’s crude, it’s off-color, and it’s very macabre.

Satirical programming and advertisements aside, the casting choices are also pretty ingenious. The flick features two television stars from high-profile ‘70s sitcoms in Ritter (Three’s Company) and Dawber (Mork & Mindy). The pair make a fairly convincing coupling. And their marital struggles are somewhat reminiscent of the challenges that a sitcom family might face. Roy watches too much television and Helen feels neglected. In spite of being a bit trite, their challenges are on brand for the subject matter. They serve as a fitting lead-in to otherworldly shenanigans. Though Helen and Roy aren’t exceptionally well-developed, I find I still care for them as they ultimately learn to set their differences aside and work together. It’s formulaic and predictable. But so was the vast majority of programming in the early-‘90s.

Ultimately, I have been a fan of Stay Tuned for years. And I count it as a gateway genre offering that’s ready to be rediscovered by a new audience. It’s certainly not perfect and your mileage may vary if you are expecting something groundbreaking. But this flick is sure to serve as an accessible entry point to the fantastical that isn’t too shocking or scary for impressionable viewers. What’s more, it’s available to stream for free on Prime, as of the publication of this post! So, give the flick a look and hit me up on Twitter @FunWithHorror to let me know if you dig it. 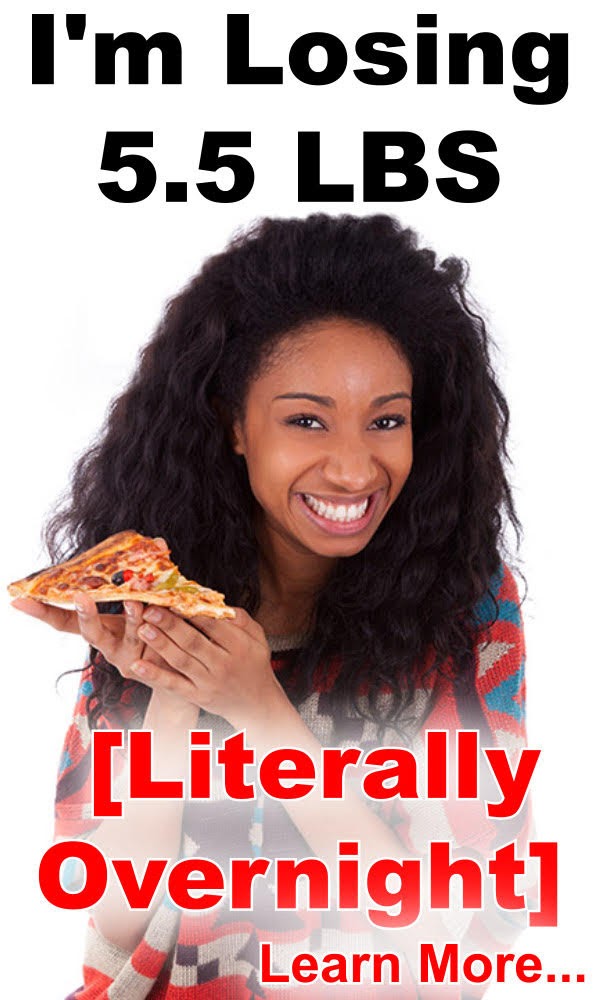 Every Stylish Celebrity Arrival at the 2023 Golden Globes

The Trailer for the Upcoming ‘Spirit Halloween: The Movie’ is

Afghanistan’s Female Morning TV Show Anchor Is Back On The

7 “Emily in Paris” Season 3 Outfits You Can Already