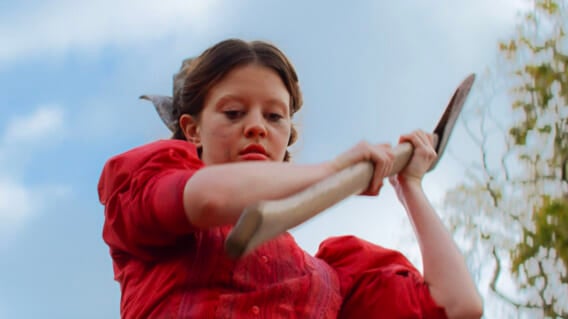 While the Pearl origin story stands as a prequel unwrapping the madness behind the monstrous X antagonist, the two projects couldn’t feel more different. Considering it’s the same setting, scale, and talent, the sea of vastness differentiating the two projects is a staggering achievement. But where X took its time with its story and characters, Pearl feels only partially cooked. There’s gorgeousness sprawling in Ti West’s second A24 effort, with lush landscapes that look hand-painted in the style of Old Hollywood classics, but beneath the scenic tapestries lays an underdeveloped, half-risen pastry.

Taking place during the 1918 Spanish Flu pandemic of the First World War, Pearl is a deranged young woman living with her domineering mother and unwell father. While her husband is at battle overseas, Pearl yearns for more in life, desperately fantasizing about a career in show business. And when auditions for a traveling dance show stop in her remote town, Pearl will do absolutely whatever it takes to escape her drab reality in favor of a more glamorous life.

Maybe the most extraordinary facet of this prequel is the leading performance by X standout Mia Goth. She commands the screen with the charisma of a Red Dwarf, burning bright and fast, carrying the uneven story from setpiece to setpiece. As its title suggests, Pearl is a character study and succeeds best when Goth is allowed to run loose. And this happens often and with vigor. While a genre outing like Pearl has its odds stacked against her, I would love to see this performance be taken seriously during awards season. It’s that stellar. Even still, Pearl’s intentions and objectives are loosely hinged on her cartoonishly unrealistic mental illness and cliche desire to see her name in lights. 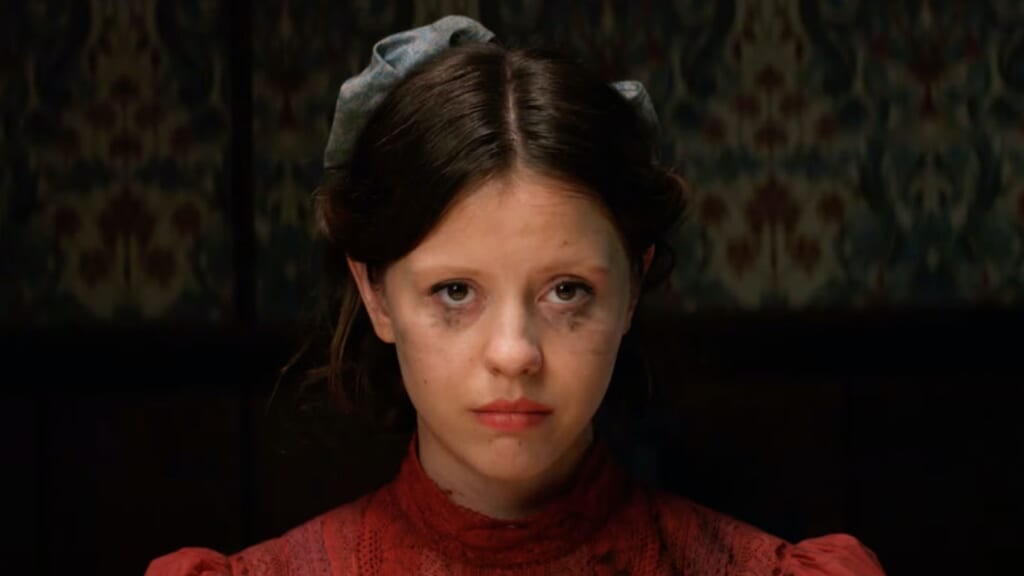 Pearl’s perceived boundary between herself and fame comes packaged in a number of different characters encountered along the road. Namely, her parents, especially her overbearing mother who is keenly aware of Pearl’s violent proclivities. The conflict between Pearl and her mother (Tandi Wright) is surface and something we’ve seen a million times before. The tension between them is unearned and therefore basically non-existent, neutering moments that should have been otherwise high stakes and frightening. Instead, each scene of conflict between Goth and Wright is melodramatic and even occasionally boring.

If this story was ever supposed to evoke a moment of fear, dread, or tension, then it failed. There’s nothing scary about this picture, which I did find disappointing after the blast I had cupping my mouth during X. But intentions are everything, and if Pearl was never meant to evoke these reactions, then it’s unfair to fault it. But from a personal standpoint, a little bit more horror could have gone a long way.

On the outside, Pearl stands tall as a three-tier cake, lush with frosting blossoms, marzipan embellishments, and a sleek, smooth fondant finish. But beneath the colorful exterior lays a dry, chalky product made without its proper measurements. The exact science required for a fully rounded experience is replaced by haphazard improvisation and guesswork. The film feels like it was made by a limited team of very talented creators who had some time to play, but in the process, never quite found the root of their story.

‘Pearl’ stands as a gorgeous three-tier cake, but beneath its colorful exterior lays a dry, chalky product that prides style above substance.

A New ‘Terminator’ Movie Is Being Discussed