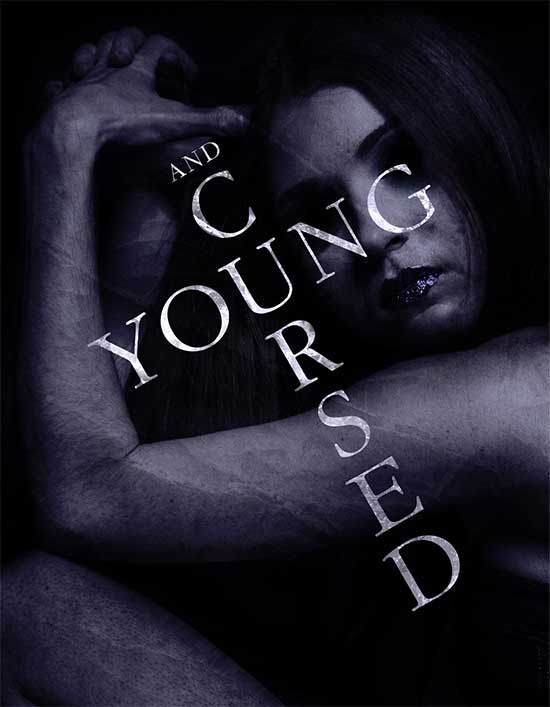 The team that brought you the award-winning Adam’s Package, director and producer Andrew Chiaramonte, and producer Emmett Alston are now filming their latest thriller, YOUNG & CURSED.  The feature sets the chilling tale on the eve of the Blood Moon Lunar eclipse as five young people converge on a remote, mysterious house only to find that their past is not dead; it has simply returned to haunt them. Principal photography has begun in Arizona with a planned 2023 release.

The characters include a handsome black musician, JASON (Stevarion Allen), and MARIA (Jennifer Rosas), a Mexican-American girl who lives in fear of an imaginary creature that haunts her. TRUDY (Morgan Franz), a pretty blonde sex goddess, claims that the only thing that she fears is the evil version of herself who nightly sexually assaults her. TAHOMA (Reda Fassi-Fihri), a  native-American, the alpha male leader of the group, is stalked by a Skinwalker and DONNY (CJ Malone), the quiet techno-wiz who somehow has already lived this. Here, they fall under the controlling spell of a young woman named KYRA (Madison Hubler). Possessed by a two-thousand-year-old biblical demon known as LILITH (Britt Crisp), the group cannot escape her powerful control. As they are forced to grimly await their fate, with the clock ticking down the hours and minutes, their characters become entangled in a web of fear and ancient curses.

Teaming up with Chiaramonte Films once again is Elliot Gurrin (Twenties on Showtime, Lost in America)- handling all the special effects who will also serve as editor,  and the cinematographer is Gary Ahmed (Surge of Power: Doctor Who).  Also producing is Nita Blum (Death on Demand) and production design by Rachel Schumacher (The Warrant: Breaker’s Law).

admin
Previous articleJustin Bieber cancels world tour to “make my health the
Next articleSee the Best Street Style at Fashion Week, From Saturated

Aquaman 2 The Lost Kingdom, Venom 2 Let There Be

How to remove watchlist TV shows and movies on Disney

Jimmy Page Explains Why He Turned Down Collaboration for Ozzy

From ‘Truth About Pam’ to ‘Candy,’ True-Crime EPs Tell the