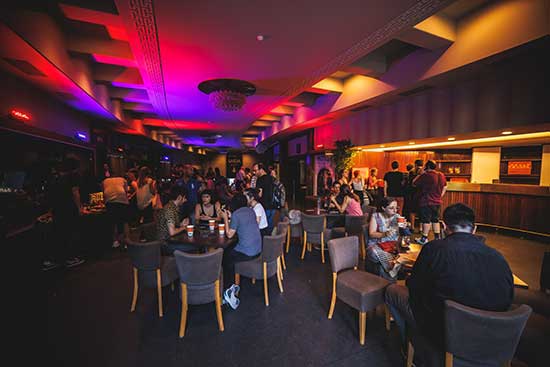 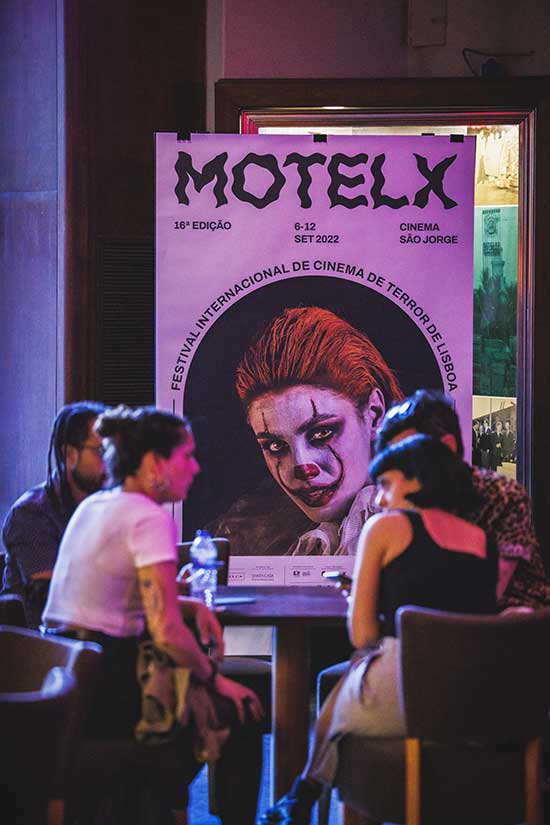 The premieres of the brand new films by Dario Argento, Michel Hazanavicius and Frederico Serra, the Lost Room of MOTELX in an unprecedented book about Portuguese horror, a programme dedicated to producer Paulo Branco and also “Os Crimes de Diogo Alves” with Bernardo Sassetti’s music are some of the highlights of the 16th edition of the Festival.

The first highlights of the 16th edition of MOTELX – Lisbon International Horror Film Festival have been announced.

From 6 to 12 September, in what has been the Festival’s home since its first edition, Cinema São Jorge, in Lisbon, all things horror will finally be celebrated with no restrictions. This year, MOTELX makes a geographical and temporal journey through the best horror cinematography, with a great emphasis on Portuguese production and on its intersection with other artistic expressions, and extends itself to other places in the city, such as Teatro São Luiz, Convento São Pedro de Alcântara and Museu de Lisboa – Palácio Pimenta.

One of the highlights is the national premiere of “Final Cut” (France, USA, Japan, 2022), by French director Michel Hazanavicius (“The Artist”). Between horror and comedy, it’s a remake of “One Cut of Dead” (Japan, 2017), starring Romain Duris and Bérénice Bejo, where a crew shooting a low-budget zombie film is attacked by real zombies.

The bloodbaths continue with an extra-strong level of gore and intensity in the latest giallo by the master of horror Dario Argento – “Dark Glasses” (Italy, France, 2022) -, which reunites him with his daughter Asia and recovers the authorial trademarks of his legacy. With an exclusive national premiere at MOTELX, this marks the great comeback of the director of “Suspiria” to theatres.

Committed to showing a panoramic view of the world’s production in well-served doses of horror, the Festival has also revealed some of the feature films that balance the programme’s geography: “Holy Spider”, by Ali Abbasi (France, Germany, Sweden, Denmark, 2022), “Huesera”, by Michelle Garza Cervera (Mexico, Peru, 2022), “Hunt”, by Lee Jung-jae (South Korea, 2022), or “Wolfskin”, by Jacques Molitor (Luxembourg, 2022). Also added to the official line-up are the Portuguese “Criança Lobo” (2022), by Frederico Serra, a folk horror with its world premiere at the 16th edition of MOTELX, about a legend in a scary Portuguese village, and “Os Demónios do Meu Avô” (2022), by Nuno Beato, the first stop motion animation feature film made in Portugal.

These two representations of the contemporary cinema in Portugal bridge the gap with another of this year’s biggest moments: the launch of “MOTELX’s Lost Room: The Films of Portuguese Horror (1911-2006)”. This new book by MOTELX, about the unknown Portuguese horror cinematography, underlines the genre’s evolution in the country up until a year before the first edition of the Festival, which has been boosting the national film production since. The publication is the guide that was missing, and, as explained by the artistic directors and programmers of MOTELX, Pedro Souto and João Monteiro, “closes a decade of research that began in 2009 while looking for the roots of a hypothetical national horror”.
It is in this context that the Lost Room section celebrates Paulo Branco, the greatest Portuguese film producer, with three films included in the book that haven’t screened at the Festival yet and for which he was responsible: “O Convento” (1995), by Manoel de Oliveira, “O Fascínio” (2003), by José Fonseca e Costa, and “Coisa Ruim” (2006), by Tiago Guedes and Frederico Serra. Films that “share what may be the matrix of horror made in Portugal, a horror originating from folklore, the so-called folk horror”. Paulo Branco will attend MOTELX to talk about his experiences as a producer.

Other highlights included in the book are the centenarian “Os Crimes de Diogo Alves” (1911), by João Tavares – the first Portuguese horror film and Bernardo Sassetti’s (1970-2012) favourite. In memory of the musician, who passed away ten years ago, and in partnership with Casa Bernardo Sassetti, MOTELX presents, at Teatro São Luiz, this silent film with the pianist’s music interpreted live by a combo from Escola Superior de Música de Lisboa, strengthening the Festival’s desire to extend to other artistic proposals and venues.

MOTELX will also have a special day dedicated to FILMar – a project set by Cinemateca Portuguesa and the European fund EEA Grants, which aims to restore and digitize films related to the sea -, around the theme “Horror and the Sea”, with retrospectives and debates.

At Cinema São Jorge, the Special Screenings section is reserved for “A Praga” (Brazil, 2021), a lost copy recently found and restored, by the “father” of Brazilian horror cinema, José Mojica Marins (1936-2020), and “A Última Praga de Mojica” (Brazil, 2021), by Cédric Fanti, Eugênio Puppo, Matheus Sundfeld and Pedro Junqueira, about the rescue of this unreleased film by the creator of the cult character Zé do Caixão (a sadistic mortician who terrorized audiences from 1964 onwards with “À Meia Noite Levarei Sua Alma”).

On the competitive sections, the SCML MOTELX Award – Best Portuguese Short Film – the biggest monetary award for short films in Portugal – continues its mission to stimulate the emerging and increasingly present national horror cinematography. And it brings a major highlight: Santa Casa da Misericórdia de Lisboa lends its name to the award, which represents a clear sign that supporting Portuguese horror cinema doesn’t scare them. The most important competition of the Festival features 12 films, such as “Cemitério Vermelho” (2022), by Francisco Lacerda, “Matrioska” (2021), by Joana Correia Pinto, “Quando a Terra Sangra” (2022), by João Morgado, and “Uma Piscina” (2021), by Carolina Aguiar.

In anticipation of another intense and terrifying edition of MOTELX, the usual Warm-Up MOTELX SCML turns the engines on, from 1 to 3 September, with an unmissable programme that marks Lisbon’s cultural rentrée. The screening of “O Fauno das Montanhas” (Portugal, 1926), by Manuel Luís Vieira (1885-1952), with live music by Orquestra Metropolitana de Lisboa (which begins its musical season with this event), will delight the garden of Museu de Lisboa – Palácio Pimenta – a show in collaboration with the FILMar programme, in partnership with Cinemateca Portuguesa, and integrated in the programming of Lisboa na Rua/EGEAC. To celebrate 100 years of “Nosferatu” (Germany, 1922), by F.W. Murnau (1888-1931), MOTELX also offers an immersive audiovisual experience around the film’s imagery, at Convento São Pedro de Alcântara. Last but not least, the usual open-air screening, with “What We Do in the Shadows” (New Zealand, 2014), by Jemaine Clement and Taika Waititi, takes place at Largo Trindade Coelho.

From 6 to 12 September, horror invades Lisbon. Welcome to the 16th edition of MOTELX!

Steven Tyler Back In Rehab After First Relapse In Over

Every Royal Fashion Tribute at the Queen’s Funeral, From Meghan

‘Chucky’ Gets Renewed for the a Third Season