‘Margaux’ is ‘Demon Seed’ for the 21st Century [Review] 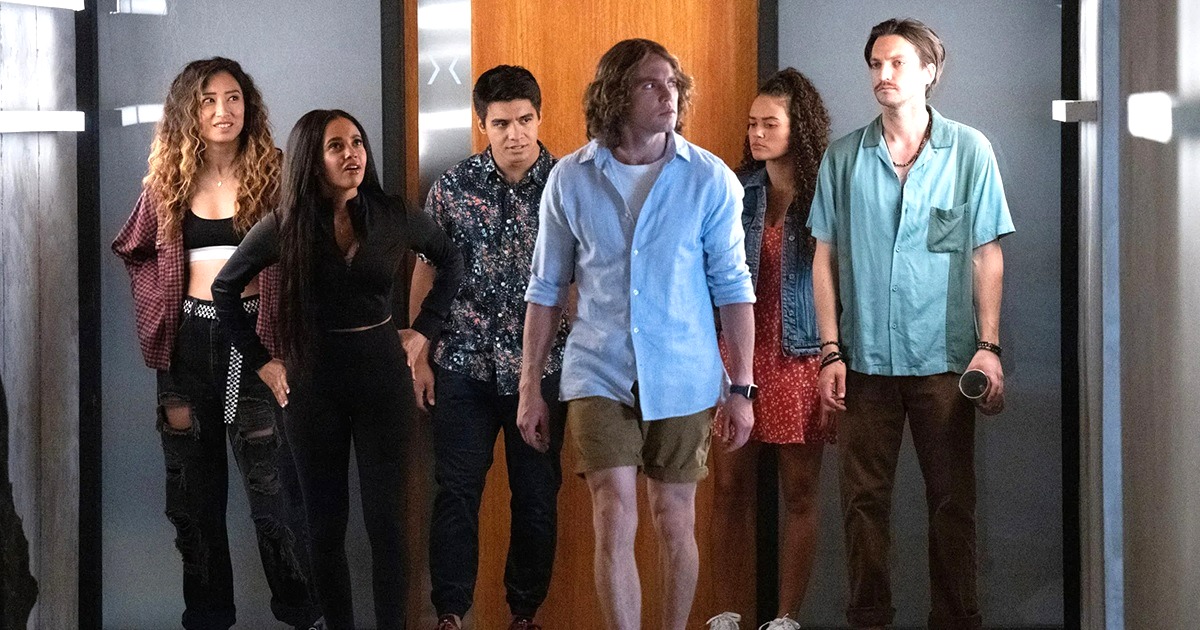 Steven C. Miller delivers a balls-to-the-wall good time with his return to horror. 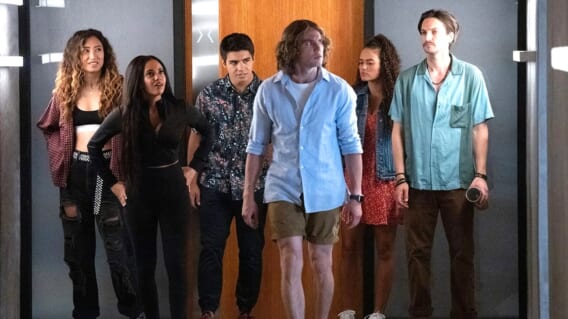 I am a huge fan of Steven C. Miller (The Aggression Scale). He is a horror fan that makes movies for horror fans. His body of work is often like the cinematic equivalent of comfort food. Miller is not necessarily trying to make the most artistic or intellectually stimulating features and that’s precisely why I connect with his work. I dig some of the elevated horror offerings of recent years. But sometimes, when I watch a movie, I want to escape from reality, rather than watch a meditation on the destructive power of grief or obsession. And Miller clearly gets that. He makes movies for people who like escapist cinema. With that said, I am pleased to report that Miller delivers everything I was hoping for with his return to horror. Margaux is an effective chiller that sets out to entertain and succeeds in that conceit.

The setup finds a group of college friends, on the verge of graduation, taking a spring break road trip to reconnect. The pals have plans to stay at a swank home-share rental with all the amenities. The house is even equipped with state-of-the-art smart home technology and a virtual assistant called Margaux. Not only can Margaux sync with a person’s online accounts, but the digital assistant can also 3D-print nearly anything under the sun, customizing the experience for each guest. While Margaux’s services are initially helpful, over the course of the stay, she becomes increasingly sinister, culminating in a balls-to-the-wall climax.

While Miller’s films tend to focus more on action than social commentary, there is still some astute subtext pertaining to our obsession with tech and the way we sacrifice privacy for the sake of convenience and connection. Many of us broadcast our lives on social media and then rely on the assistance of Siri or Alexa to automate our home life. Screenwriters Chris Beyrooty, Chris Sivertson, and Nick Waters use narrative elements to drive those themes home, while Miller plants seeds of paranoia through camera angles and perspective shots that create the impression the character’s devices are watching them.

Margaux (as a character) helps enhance the sense of paranoia inherent to the premise. But there is also a darkly comedic sensibility about her. Margaux’s knowledge of contemporary slang juxtaposed with a lack of sentience makes it impossible for her to sound natural when she’s trying to pander to the Gen Z cast. She sounds like someone’s dad trying out new vernacular and the results are often amusing. Additionally, she has some dialogue that’s funny, simply because it’s funny. There’s a memorable exchange where Margaux tells the stoner of the group: “Just shut the fuck up and smoke your weed.”

What makes Margaux an interesting antagonist, however, is the idea that she’s always watching, listening, and collecting information. Even the greatest of slasher villains aren’t omnipresent. So, that nuance makes for an interesting twist on the typical stalk-and-slash formula. And it creates a heightened sense of paranoia that is reminiscent of Demon Seed. In fact, Margaux feels a bit like Demon Seed reimagined for the 21st century.

As for what didn’t quite work, there are some minor pacing issues. The tension doesn’t really start to mount with any regularity until the third act. The first couple of kills are cool to watch but there isn’t as much anticipation or buildup as I’d have liked in the first 60 minutes of the flick. However, that’s more than made up for in the third act, when the proverbial shit hits the fan.

Additionally, some of the CG smart home effects are a little wonky looking (particularly the robot arms). That had me wishing Miller had opted for a less grandiose depiction of the AI technology in a couple of sequences. However, the death and gore scenes are absolutely phenomenal and rather imaginative.

Ultimately, Margaux is a fun time at the movies and entertains from start to finish. It will bow On Demand and in select theaters beginning September 9th.

Taylor Lautner Shares Why His Fiancée “Didn’t Say Hi” to

The Rookie: Feds Season 1 Episode 12 Review: Out for

Masters of Suspense: On Park Chan-wook’s love of Alfred Hitchcock