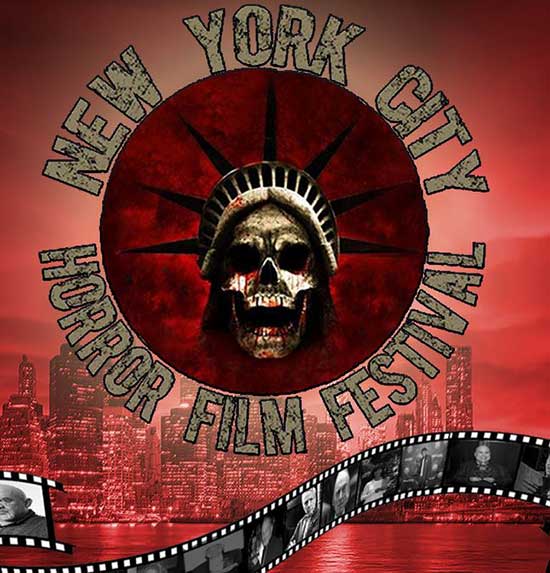 “The New York City Horror Film Festival was established by MooDude Films CEO/Producer/Director Michael J. Hein in 2001. The NYCHFF is a four-day long event that takes place each November at venues throughout New York City.”

Hello Ronnie, thank you so much for taking the time to do this interview. Please tell us how you started with the NYC Horror Film Festival?

Ronnie- My son Michael who was a SPFX/director had just wrapped on his first feature film. He asked me to please submit to all the horror festivals I could locate, and make sure NYC is included. After searching and not coming up with anything local, I told Michael nothing in NYC! His words “that is impossible mom look again” So I did, and still nothing. Of course, he had to check for himself, and when he found out the very same information, he looked me straight in the eye and said…” There might not be any horror festival in NYC now, but there will be. That was 2001, in 2002 the NYC Horror Film Festival was born and the rest is history. Sadly, we lost Michael in 2011 but there was no way I was going to let his festival go, so my family and I continued the dream of our very special Michael J. Hein.

What is the most challenging aspect of a film festival?

Ronnie- Making sure we have the time at the theater (Cinepolis) to show all the films we feel are deserving of a screening. It sucks when we have to let a film go because of time constraints but there just is no way around that.

How long does it take to put together the NYC Horror Film Festival?

Ronnie- The festival usually ends around the second or third week in December. We take a short break until after the new year begins and then we open submissions for the following year. So…it takes a full year to screen every submission, book the recipient of our Lifetime Achievement Award, choose the screenplay and film winners and make sure everything is in the exact order to present the perfect show, and it looks like we have been doing that as 2020 will be our 20th year.

What is your favorite process of the film festival?

Ronnie- Definitely meeting all the new filmmakers each and every year and of course spending time with our festival family. These are the people who are the heart of the NYC Horror Film Festival, that is why we always say…teamwork makes the dream work!

I was reading the website, and the NYC Horror Film Festival covers everything. The submissions process is detailed and great. How do you decide what films are chosen?

Ronnie- Our judges follow a certain protocol and score each film between 1-10. Each entry has a scorecard for the films technical and narrative elements. This ensures that the films are being reviewed for their unique merits as well as helps when the judges discuss what awards to give out.

What advice would you offer for filmmakers, writers, or words of wisdom?

Ronnie- The very best advice is always write/film what you feel. Do not jump on what you think is in style for that particular year. Sometimes the very best films are what the viewers least expect, and believe it or not, less is sometimes more.

I thank you so much for taking the time to do this interview for Horrornews.net.

17 Shows With the Most Iconic Bars Ever

Whitney Houston Funko Pop! Icons: Where to Pre-Order This Adorable

This Is Going To Hurt | Trailer

‘A Life On The Farm’ Is Sadly Uplifting [FilmQuest 2022

Crimes of the Future – first-look review

Kourtney Kardashian and Travis Barker Got Married in Matching Leather