‘In My Mother’s Skin’ is a Bloody, Heartbreaking Masterpiece [Sundance 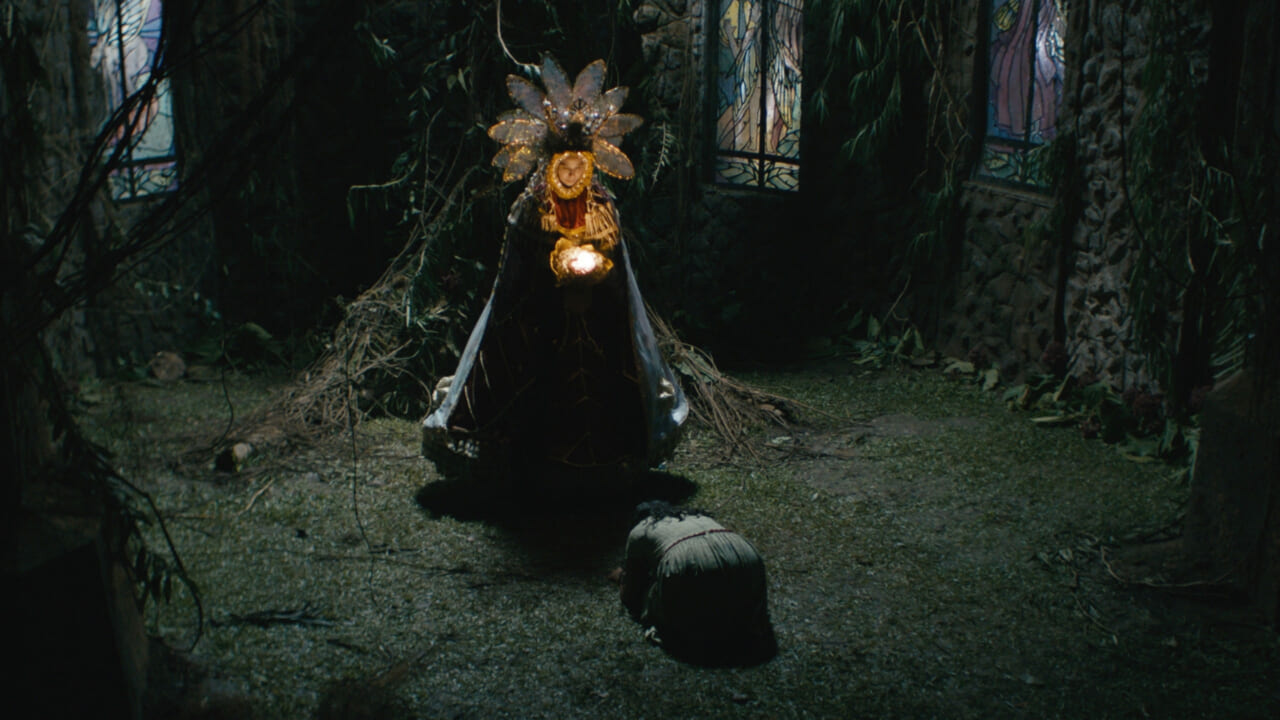 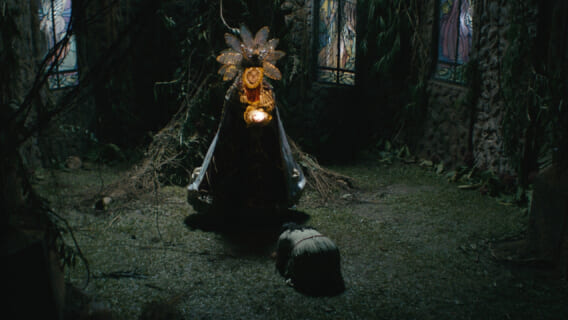 Jasmine Curtis-Smith and Felicity Kyle Napuli appears in In My Mother’s Skin by Kenneth Dagatan, an official selection of the Midnight section at the 2023 Sundance Film Festival. Courtesy of Sundance Institute | Photo by Epicmedia

At first, Kenneth Dagatan’s In My Mother’s Skin doesn’t just wear its inspirations on its sleeves—they might as well be branded on its skin.

The Philippine, 1945. Family patriarch Aldo (Arnold Reyes) has presumably stolen gold from the remaining Japanese occupants on the island. After a tense dinner whereby he and his family and surreptitiously threatened by Japanese sympathizer (and all-around crook) Antonio (Ronnie Lazaro), Aldo leaves his family’s rural mansion, seeking both refuge and assistance from American soldiers. Left behind are daughter Tala (Felicity Kyle Napuli), son Bayani (James Mavie Estrella), and their mother, Ligaya (Beauty Gonzalez). As resources dry up and Ligaya falls ill, Tala endeavours to save her family, igniting a chain of devastating events that would make Guillermo del Toro blush.

At first, it’s hard not to see In My Mother’s Skin as a kind of Pan’s Labyrinth redux. As both protagonist and audience entry point, Tala is a young girl trapped in a war-torn land, constrained by both age and insight with doing anything to change her family’s dire circumstances. Even house maid Amor (an exceptionally expressive Angeli Bayani) is incapable of keeping up. Resultantly, Tala and Bayani are left to wander the verdant, lush landscape on their own, escaping into a kind of fantastical universe of their own creation while both land and people wither and die around them.

The two children are repeatedly told to find the light in the dark, a light that is ostensibly the sundry bits of Catholic iconography strewn about their house, including an upstairs tabernacle where the family repeatedly prays. The light, however, might well be the fairy Tala discovers in the woods one day. Wonderfully portrayed and gorgeously designed, Jasmine Curtis-Smith’s fairy is an ostentatious delight. Decked out in a gilded headdress and layers of traditional embellishments, it’s the strongest element on display within In My Mother’s Skin. She’s a monster that doesn’t appear to be one, despite the flesh-eating.

Tala seeks the fairy’s assistance, tricked into the bargain on account of the fairy’s proclamation of Tala’s innate innocence. Meeting in an old church with a giant, gutted tree at the center, In My Mother’s Skin excels at merging the real with the folkloric. Even creeks overflowing with the charred remains of neighbors take on a kind of surreal beauty. The fairy gives Tala a cure, a bug that will treat her mother’s illness, with the small caveat that it might then take her mother’s body as its own. One sickness is replaced by another, and in dour, existential fashion, everything falls apart, with Tala inciting a new nightmare considerably worse than the one she was in previously.

A smattering of charred flesh and flayed corpses, anecdotes of young children being impaled on bayonets, and In My Mother’s Skin pays considerable homage to the rural folklore of del Toro. The innate innocence of childhood is graphically and gruesomely juxtaposed with the savagery of the real world. Fairy tales are an entry point, and Tala’s guardian angel exploits her inborn guilelessness. Dagatan saves most of the graphic violence for the end, though when it arrives, it’s a maelstrom of savagery and heartbreak destined to rattle even the most hardened of viewers.

The practical effects here are sensational; Dagatan understands the language of horror. It’s both suggestive and visceral. Hopeful and agonizing. There is beauty in the ever-encroaching decay, a propulsive, fatalistic drive not unlike Issa López’s Tigers are Not Afraid.

With a distinct cultural lens and an undercurrent of hellish nightmares, In My Mother’s Skin is less The Secret Garden, more The Secret Fairy. As the only feature in this year’s Midnight category not in the English language, In My Mother’s Skin’s is additionally a profound accomplishment. The urgency of transnational cinema is rendered new. So remarkably ingenious is In My Mother’s Skin, by the time its dour conclusion arrives, it feels less like homage, more like its own, nightmarish thing. It finally fits into its own skin, and it is sensational.

A bloody and bewitching fairy tale, In My Mother’s Skin is a remarkably accomplished horror outing from director Kenneth Dagatan

Quentin Tarantino Reveals Which Iconic Horror Movie He Wishes He

Announcing a New Season of the Pitchfork Review Podcast

“Crying Makeup” Is the TikTok Beauty Trend Based On Being