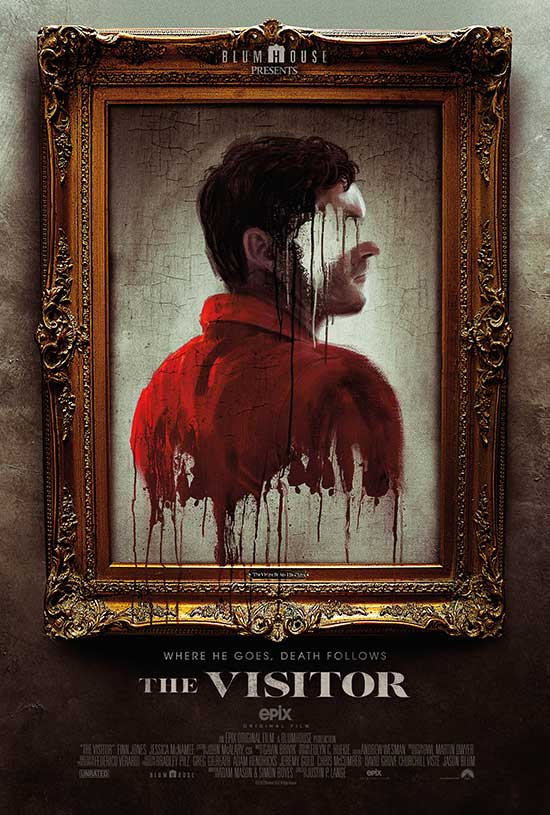 Paramount Home Entertainment will release the psychological horror/thriller film THE VISITOR on Digital and On Demand on October 7, 2022 and it will stream on EPIX in December 2022. The film is part of the Blumhouse Television and EPIX deal to produce eight original films together. Building on Blumhouse Television’s success with the Welcome to the Blumhouse movies slate for Amazon and Into the Dark anthology series for Hulu, the deal is the first-of-its-kind for EPIX, which is adding films to its growing slate of premium original content.

**We have Director Justin P. Lange (The Seventh Day) available for interviews. We have protected screening links for consideration. Looking forward to your thoughts.**

SYNOPSIS:  When Robert and his wife Maia move to her childhood home, he discovers an old portrait of his likeness in the attic – a man referred to only as ‘The Visitor’. Soon he finds himself descending down a frightening rabbit hole in an attempt to discover the true identity of his mysterious doppelgänger, only to realize that every family has its own terrifying secrets.

ANT MAN AND THE WASP QUANTUMANIA “Ant Man Finds Out

This $80 Old Navy Blazer Has Taken Over My Fall