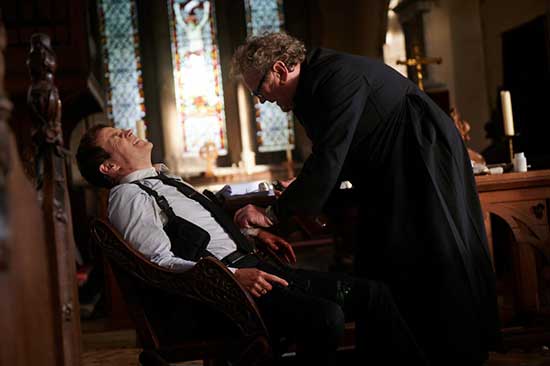 Uncork’d Entertainment has acquired North American rights to writer-director David Beton’s action-thriller, CONFESSION. The film, starring Stephen Moyer (“True Blood”, “Fortunate Son”) and Colm Meany (Seberg, “Star Trek : Deep Space Nine”), had its market premiere at EFM earlier this year. Uncork’d will be releasing the film in on VOD in the U.S and Canada on Jan 25 Shaw, iTunes, Google Play, Microsoft . The film will also play select theaters on Jan 21 in the US.

“CRITICS CALL CONFESSION “A MUST WATCH”, A “CAPTIVATING THRILLER” THAT WILL “KEEP THE AUDIENCE GRIPPED”

An intense-thriller played in real time during one fateful night, CONFESSION fixes on a wounded man (Moyer) who takes a priest (Meany) hostage, determined to confess to a past misdemeanor before it’s too late.

admin
Previous articleIt’s Vikings vs. the English in the New ‘Vikings: Valhalla’
Next articleDylan Dreyer Reveals Why She Is Leaving ‘Weekend Today’ (VIDEO)

Glossier Is Having a Massive Cyber Monday Sale