Taylor Swift Is a Vision in a Reflective Mirrored Gown 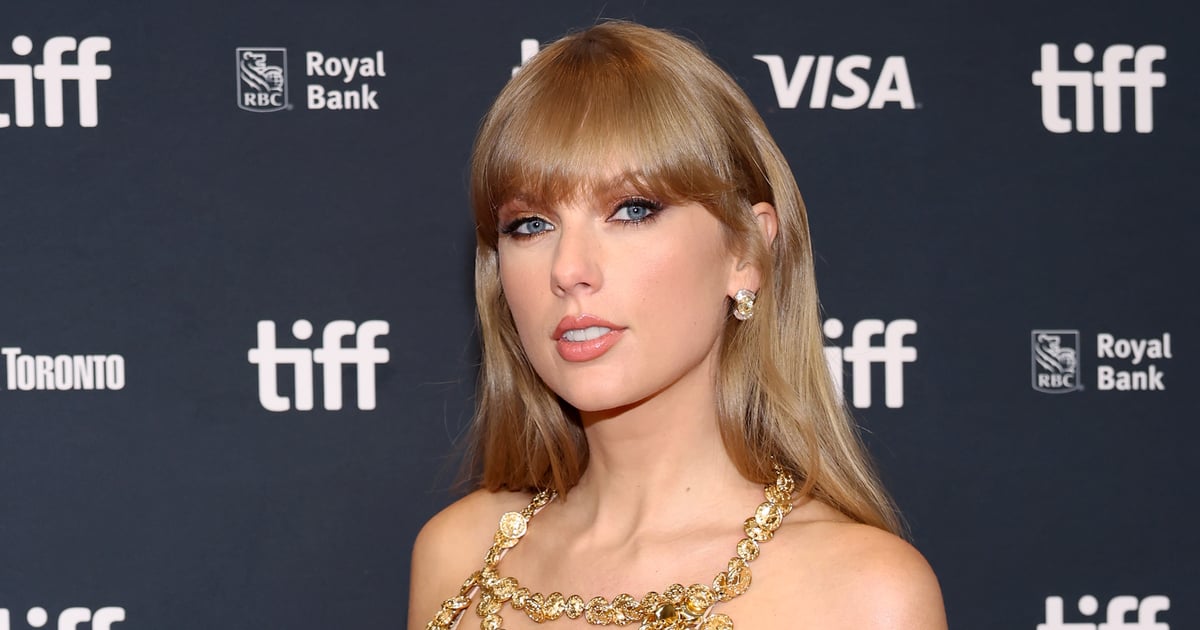 Taylor Swift doesn’t need smoke and mirrors to make an impression, but she’ll put them on her dress anyway. All eyes were on the legendary singer-songwriter at the 2022 Toronto International Film Festival (TIFF) when she arrived in a full-length gown completely bedecked in gleaming circular mirrors. The nude halter dress included delicate gold-coin details that draped across Swift’s collarbone and shoulders, and with all the metallic finishes, she was absolutely glowing on the red carpet. She kept her accessories simple, matching her earrings to the golden hardware on the gown and opting for a coppery smokey eye to accentuate the radiant nature of the look.

Wearing a dress made up almost entirely of miniature mirrors is a pretty clear indicator that you’re not afraid to be seen, and with the recent announcement of her upcoming album, “Midnights,” Swift does seem to be moving back into the spotlight (not that she ever really left). At TIFF, she screened her short film, “All Too Well,” featuring Sadie Sink and Dylan O’Brien, on 35 mm, which she wrote, directed, and produced. But given the success of the 15-minute film, which recently won the MTV Video Music Award for video of the year, she said she could also see herself directing a full-length film at some point.

“If it were the right thing, it would be such a privilege and honor,” Swift said during a panel discussion at the festival. “I will always want to tell human stories about human emotion.” And if her jaw-dropping fashion is any indication, from her starry romper at the VMAs afterparty to her crystal naked dress, she may just be on the precipice of her golden era. See her mirrored gown in detail below, and get ready for many more iconic moments from Swift.

Florence Pugh Will NOT Be At Don’t Worry Darling Press

Can We Finally Accept That ‘Valentine’ is Top-Notch Holiday Horror?