T.S. Eliot may have measured his life in coffee spoons, but millennial girls do it in Selma Blair movies.

We hit high school as she hit the big screen in Cruel Intentions;we got our diplomas as she scored her law degree in Legally Blonde. Our first G-strings were inspired by her Sweetest Thing sexcapades; we copied her Hellboy scowl when (annoyingly) catcalled at the gym. We copied her style, too: the shiny leather jacket from her Chanel campaign, the peek-a-boo black lace of her Miu Miu ads, the swingy Marc Jacobs bag (named “The Selma,” of course) she paired with simple tanks and jeans. And we rooted for her—constantly, compulsively, still—when she revealed her struggles with multiple sclerosis via her (very good) autobiography Mean Baby and the docu-series Introducing Selma Blair.

This month, Blair unveils yet another role—Official Gap Style Icon—just in time for our annual fall fashion wake-up call. Here’s how the actress once dressed Valentino, what she wants us to learn from her onscreen sex follies, and where she thinks accessible fashion can go next.

True or false: Before you were famous, you worked at The Gap.

So true! I genuinely love The Gap, because their staples and reinvented staples are my fashion language, you know? Back in Michigan, I worked at Gap in the mall. It was very much a teenage mall job—like, I would get a cookie from the food court on my break, and try to get Bennigan’s to serve me a margarita. But then I moved to New York and working at Gap was kind of like being a celebrity.

Oh, it was the ultimate high-low! And that’s always been me…I mean, it’s the ’90s and I’m this young woman living in the Salvation Army, and trying to be an actress, and I worked at a Gap on the Upper East Side that was really, like, the Gap. It was immaculate inside, and everyone who worked in fashion came to this Gap. Models would come in, Pat McGrath would come in, and Valentino—I was personally styling Valentino at The Gap.

I sure was. I was personally selling him T-shirts, going down into the basement to get him more inventory. I told everyone else, “Nobody is touching him,” and they’re like, “Who, the tan man?” I said, “Guys, the tan man is Valentino, and I will sell him every single pocket T-shirt in this store, and he will take them on his yacht and outfit every one of his guests in Gap.” I remember knowing it was so remarkable that I was handing clothes to Valentino, who was so kind, by the way. I remember telling him, “These T-shirts are so cool; you should give them to everyone on your yacht so they’re comfortable.” He said, “Wow, what a great idea!” I think that’s the first time I ever felt like a celebrity. 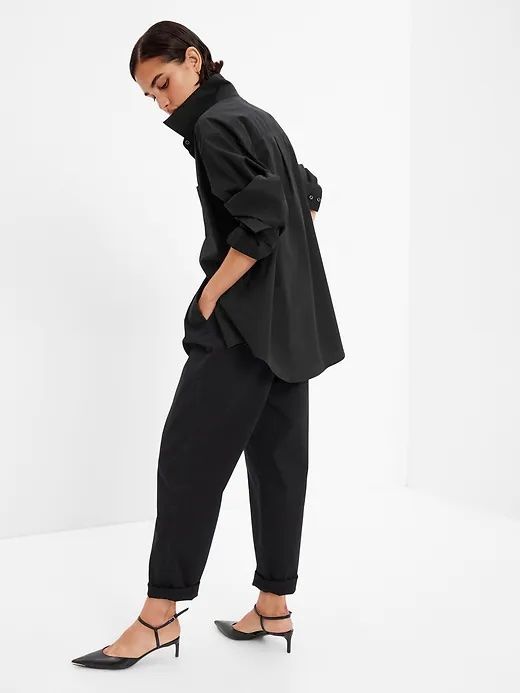 Give us more Gap tea.

Well, besides helping Valentino, I became an expert at folding things in a neat, identical pile. I’m still great at folding. At The Gap, we had this plexiglass “folding board” that we used to make it look just right. But you can also just use a cutting board. That’s what I do.

Can you help settle a debate at the ELLE.com office? What’s the best Gap campaign of all time?

I like the Carol King one—the bell-bottoms at the piano send me—but Claire is 100 percent firm on Mellow Yellow.

I’m a dancer at heart, so I’m going to have to go with the swing khakis commercial. Everyone’s seeing the shape and movement of those clothes, and just having that sense of fun in fashion being broadcast in a major campaign, all over the airwaves. I find that to be remarkable. The Audrey Hepburn one, where she’s dancing, is always a thrill, too. When there’s dance in the campaigns, you see this Gap silhouette being really chic while moving all over the frame. You see these people wearing clothes that give them the freedom to dance and the ease of movement. Isn’t that the most iconic thing, freedom?

Freedom is also about accessibility, right? Have your experiences with MS and mobility shaped your view on accessibility in fashion?

Ultimately, it has to come down to style. I think the fact that all body types are so different, and finally being acknowledged and not shamed—ability, size, shape, they’re all getting so much more respect. I mean, from the ’90s to the early aughts, there was so much shame if you weren’t a certain body type. It was like, only certain bodies were allowed to be “cool.” Now we know cool is what we bring to it…and obviously, “accessible” style is just style. But let’s not kid ourselves, accessible fashion is something that still deserves a bigger space and bigger focus. I hope that is something I can work on in my future, because as I’m getting older, and I use a cane, or I use my [service] dog, I have to get creative with ways that make me still feel vibrant, or acknowledge the strength in vulnerability, instead of feeling squashed. Any time we do anything that might have felt left behind by the fashion industry, that makes me really hopeful. Obviously, I hope this campaign can help make others feel more hopeful for that, too. 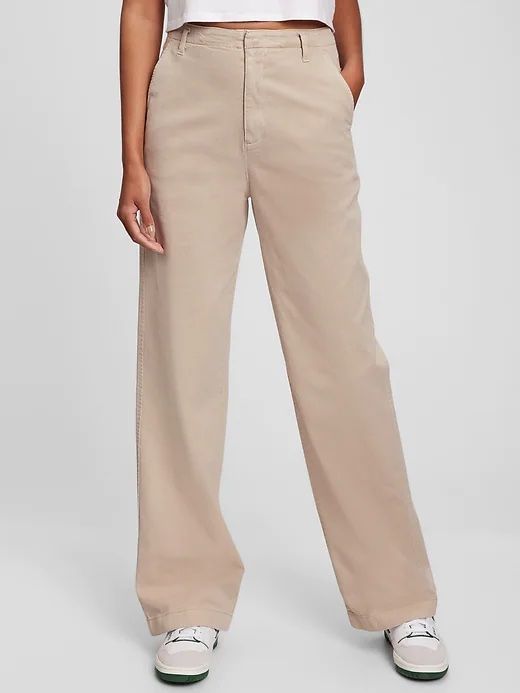 You’ve had an iconic career in fashion and film. It’s hard to believe that The Sweetest Thing came out 20 years ago. You went from being a Gap employee to being a character who gets caught with a guy in the mall.

Oh my god. The dressing room scene was my favorite. It was my favorite. That was that was the day after my birthday [and] I was so tired that day. But I remember being so excited to shoot that scene, because it was raunchy, and, you know, back then, girls didn’t ever get to drive the narrative of “sexy” scenes. In Sweetest Thing, we did, and we were unashamed! To this day, I am so proud of that. Like, why wouldn’t we be excited about sex, and talking about sex, and having some really funny moments surrounding sex? Also, I really do have bad TMJ.

Oh no. Were you in actual pain during that scene?!

It was more, like, I had a lot of empathy, you know? So we were shooting the penis-in-mouth thing—we used a banana—but filming a movie scene takes all day. So it’s like, eight hours with a banana in my mouth, which is a lot! So when I was crying in the scene from TMJ? I was really crying, because I was so locked in. But I remember Johnny Messner was really sweet about it. I mean, I had to be grinding on his sweaty groin with a banana in my mouth under the lights, just staring at him and crying for hours. And I love that we did that! [Laughs.] 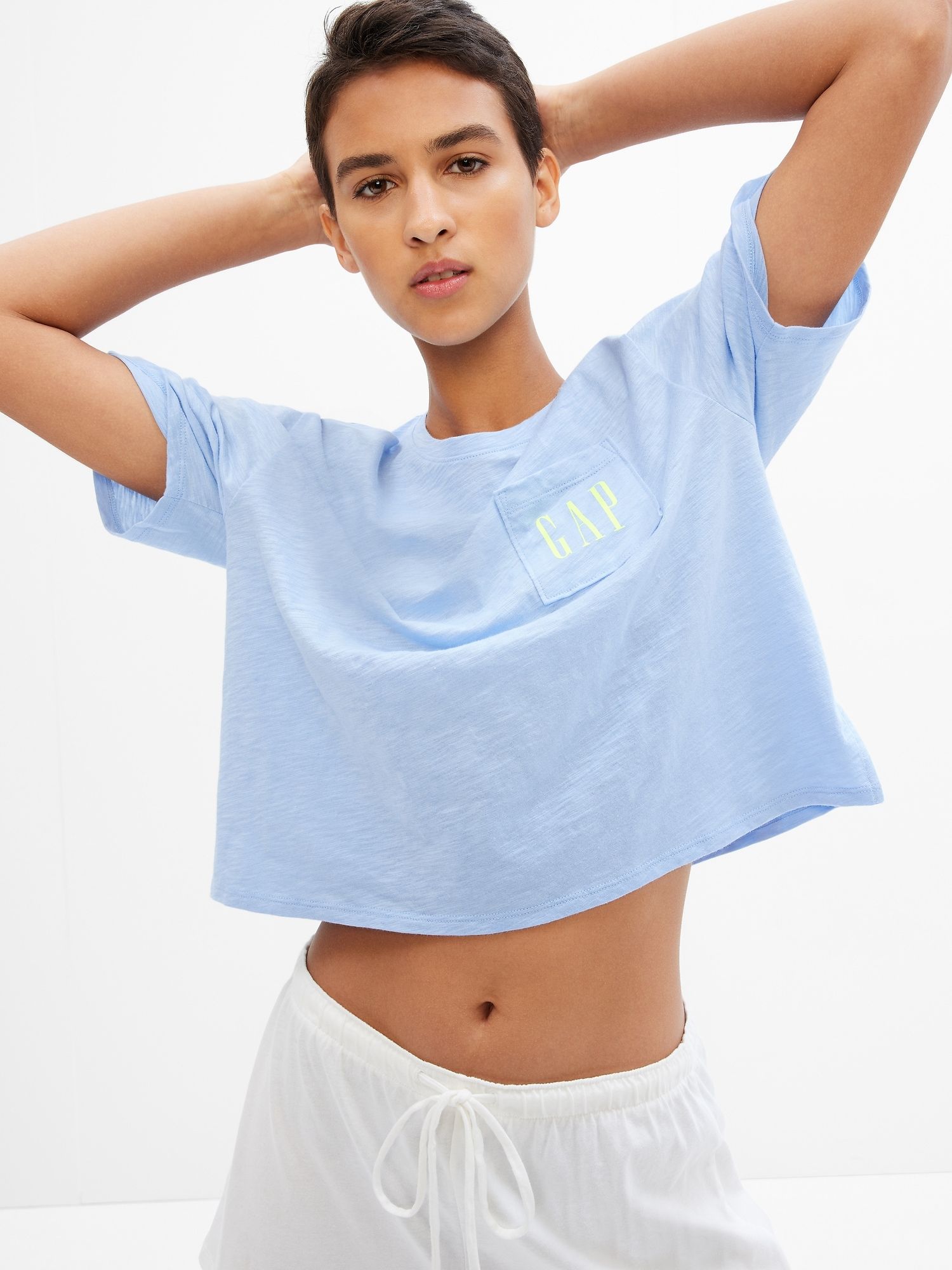 I love that you did too.

It feels amazing that women made a comedy about sex where we were the ones making the jokes. I mean, Cameron [Diaz] and Christina [Applegate] were the coolest people on the planet. I could not believe I was working with them. Christina and I, you know, we’ve gone through a lot together; we’re still very close…and I love Cameron so much. She’s gorgeous, incredible, fun, generous, all of it. So when I look back on The Sweetest Thing, those are happy days. There was no grief for me on that path. It was a blast.

Let’s pivot to wellness for a second. You’ve talked a lot about cold-water swimming as part of your physical and mental recovery. But taking that first jump into cold water is hard. How do you make yourself do something you know is going to hurt, even though it also helps?

Ugh, I know what you mean. And even when you say, “It hurts the first seconds, but once you’re in it for two minutes, you’ll see what it can do and you’ll feel so good!” it’s just hard. The first time I took an ice bath, it hurt so much and I hated it so much, I literally cried and cried. I slept so well that night, but I never got into an ice bath again. Instead, I’ll get into a pool that’s like 50 degrees. I don’t heat my pool anymore; I just jump in. It’s been so amazing for my body and my mind. And the first few times you do it, you just have to remember, it’s okay to scream. Let yourself scream, just as long as you’re doing it anyway.

This interview has been edited and condensed for clarity.

“Her beauty and her brain go not together.” —William Shakespeare

‘Apollo’ lifts off with Uncork’d

12 Classic Bags You’ll Have For Years to Come, All

Beavis is a BTS fan in Beavis and Butt-Head revival:

Amazon Prime Early Access Deal: Save $270 on This Top-Rated