Meghan Markle on Coping With Public Comments She Was ‘Lucky’

Over the past three weeks, Meghan Markle has use her Archetypes podcast to not only interview major female celebrities about the stigma of terms like “singleton,” “diva,” and “ambitious” when applied to women, but to also subtly share her own experience.

In her new episode with guest Mindy Kaling, she revealed that the portrayal of her being “lucky” Prince Harry chose to marry her understandably rubbed her the wrong way. The two women also chatted about feeling more smart than pretty growing up and how it affected their views of themselves.

Meghan asked Kaling about the title of her second memoir, Why Not Me? and addressed the Harry press treatment she received in her question.

Three Rivers Press Why Not Me? 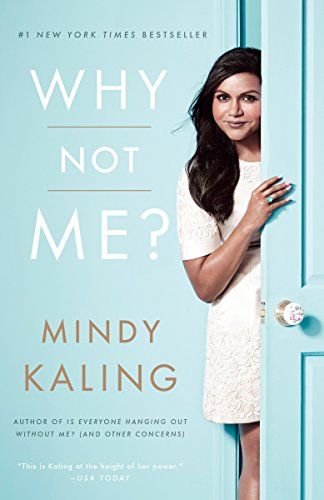 Three Rivers Press Why Not Me?

“I think there’s a double entendre [in the title], which I would love for you to talk about with the title, but just my own experience of that. When I started dating my husband, we became engaged and everyone was just like, ‘Oh my God, you’re so lucky he chose you,’” Meghan started. “And at a certain point, after you hear it a million times over, you’re like, ‘Well, I chose him too.’ But thankfully, I have a partner who was countering that narrative for me and going, ‘They’ve got it all wrong.’ I’m the lucky one ‘cause you chose me. But it’s, it is gendered and it’s archetyped and it’s stereotyped that… you’re so lucky. And it just feeds into this idea that you’re waiting for someone to tell you that you’re good enough, as opposed to knowing that you’re good enough on your own.”

Meghan went on to say she was absolutely not the pretty one growing up and had trouble fitting in during high school.

“That is news to me,” Kaling said.

“Yeah, yeah, yeah… Like tons. Look, maybe not conventional beauty as it… now, maybe that would be seen as beautiful but massive frizzy curly hair and a huge gap in my teeth that…um, I was the smart one,” Meghan said. “Forever and ever and ever and ever. And, and then just sort of grew up.”

She added she was not the “one nice hot girl,” with her head screwed on correctly, as Kaling put it.

“No, it was really hard,” Meghan said. “And I went to I mean, I grew up in L.A and I went to Hollywood Schoolhouse right there, you know? And then I went to Immaculate Heart–all girls Catholic school for middle school and high school. But I never had anyone to sit with at lunch. I, I was always a little bit of a loner and really shy and didn’t know where I fit in. And, and so I just became, I was like, okay, well then I’ll become the president of the Multicultural Club and the president of sophomore class and the president of this and French club. And, and by doing that, I had meetings at lunchtime. So I didn’t have to worry about who I would sit with or what I would do because I was always so busy.”

“Right. Just what you said, that image is so vivid of sitting like… The girl that you described, sitting by herself, being like, how do I fill my day? And it’ll be by trying to be a leader like that is, that is like, very…that makes me very emotional. And that’s, I’m happy that people know that because I think people see you and they’re like, oh, my gosh, like the wedding, the couture fittings for that and this and that. And I think that I certainly didn’t know that about you. And it’s nice to know,” Kaling said.

“Why does that feel emotional to you?” Meghan asked.

“I think it feels emotional because no matter how much we achieve or the access that we have to, again, these these rarified spaces…It’s when I think of that little girl that you mentioned, it feels so…There’s a reason Harriet the Spy is my favorite book, right? Because here’s this girl who is lonely, and she has adventures, but it’s because she doesn’t have any friends, right? Her person in her life is her nanny. And I think I like that because I related to that. I came in here, you know, and we don’t know each other, we have some people in common. But you do seem so intimidating. Your life is together, like you’re so beautiful. And like, even in the Oprah thing is like, oh, my God, she has chickens. Like, who has their shit together enough to have, like raise chickens and kids, like, come on. It’s nice to know that you were a lonely kid who didn’t like necessarily being that way. I’m not happy for it, but it’s sitting here being like, I’m rejoicing. I didn’t know that, and I’m happy I do.”

You can listen to their full discussion here on Spotify.

Alyssa Bailey is the senior news and strategy editor at ELLE.com, where she oversees coverage of celebrities and royals (particularly Meghan Markle and Kate Middleton). She previously held positions at InStyle and Cosmopolitan. When she’s not working, she loves running around Central Park, making people take #ootd pics of her, and exploring New York City.

Jesse Palmer Explains Why The Bachelor Isn’t Concerned With Keeping

Win Tickets To The LA Premiere of ‘There’s Something Wrong