Kim Kardashian Wows in a See-Through Sequin Gown at Fendi 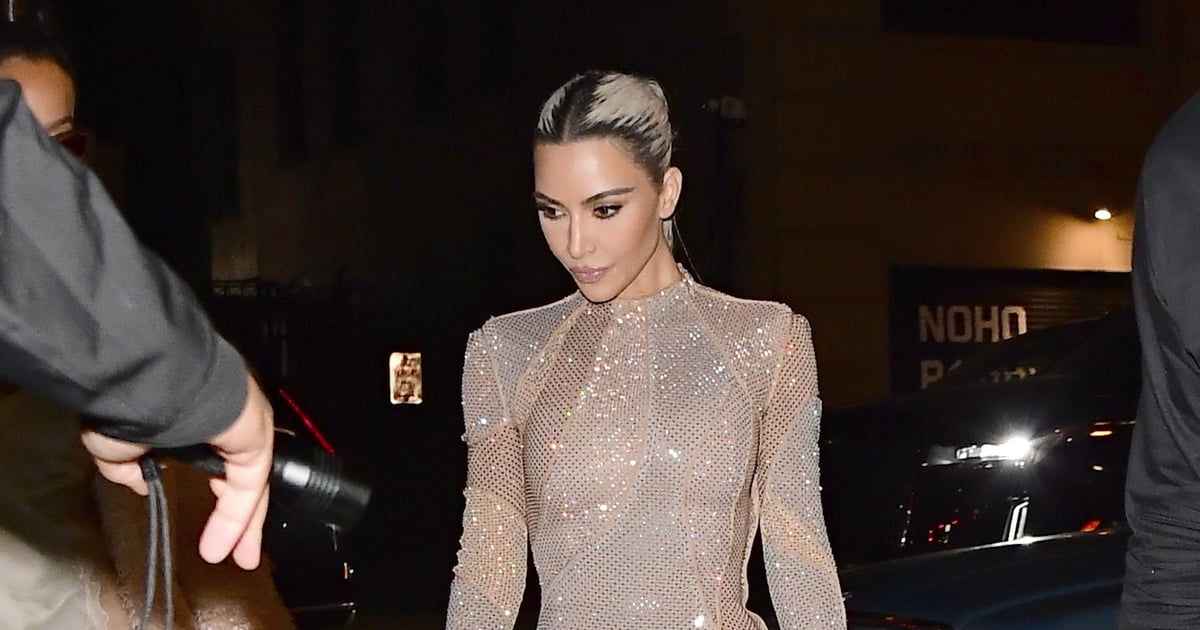 Fendi made its grand debut at New York Fashion Week with a glamorous, star-studded show at Hammerstein Ballroom in Manhattan. The event was staged in celebration of the 25th anniversary of the Baguette, the house’s It bag that rose to prominence in the 2000s and enjoyed a resurgence recently in the 2020s. The highly anticipated show brought out some of New York’s A-list celebrities including Kim Kardashian and Sarah Jessica Parker, who helped popularize the bag on “Sex and the City.”

Kardashian made an appearance in a floor-length, sheer gown covered in sequins. The dress features a high neckline and panels in varying shades along the bodice and stretching toward the hem as well as elongated sleeves covering all but her manicure. Her platinum-blond hair was pulled back into a low bun to show off her soft-glam makeup. She accessorized with sparkling sandals with a low, block heel — and naturally, a sequin Fendi Baguette bag.

Several new iterations of the Baguette bag showed up on the runway, too. Creative director Kim Jones partnered with Marc Jacobs and Tiffany & Co. to reimagine the accessory that debuted in 1997 and was initially inspired by the way French women carry baguette bread under their arms. Jacobs’s take on the bag was reminiscent of New York City, with both gritty and glittering design elements; one handbag was covered in sparkling crystals, another nodded to logomania with fresh takes on the Fendi logo. He created 10 looks for the fashion house in total, ranging from billowing train skirts to deconstructed denim jackets.

Tiffany & Co.’s design influence materialized in a bag in the famed Tiffany-blue shade; another with a diamond-encrusted T and F logo; and yet another constructed from sterling silver and engraved with the national flowers of Italy and New York. Baguettes were also reinterpreted as ready-to-wear in the most imaginative ways, showing up as cargo pockets on miniskirts and hand-warmer front pockets on fleece jackets. Guests were even sent physical invitations with a baguette-inspired wallet covered in the Fendi logo.

Most notably, Sarah Jessica Parker carried a personalized Baguette bag to the event. In her aforementioned role as Carrie Bradshaw on “Sex and the City,” she famously said “It’s not a bag, it’s a Baguette,” and that line was inscribed inside her sparkling purple handbag. It’s part of a capsule collection she designed with Silvia Venturini Fendi, which includes various colors (like pink and baby blue) and boasts four interchangeable buckles.

Ahead, see Kim Kardashian and Sarah Jessica Parker’s looks alongside several photos from the runway and red carpet.

Greg Daniels on How Jim and Pam’s Romance on ‘The

‘Nope’ Is An Out-Of-This-World Spectacle [Review]