How Selma Blair’s MS Diagnosis Has Impacted Her Style 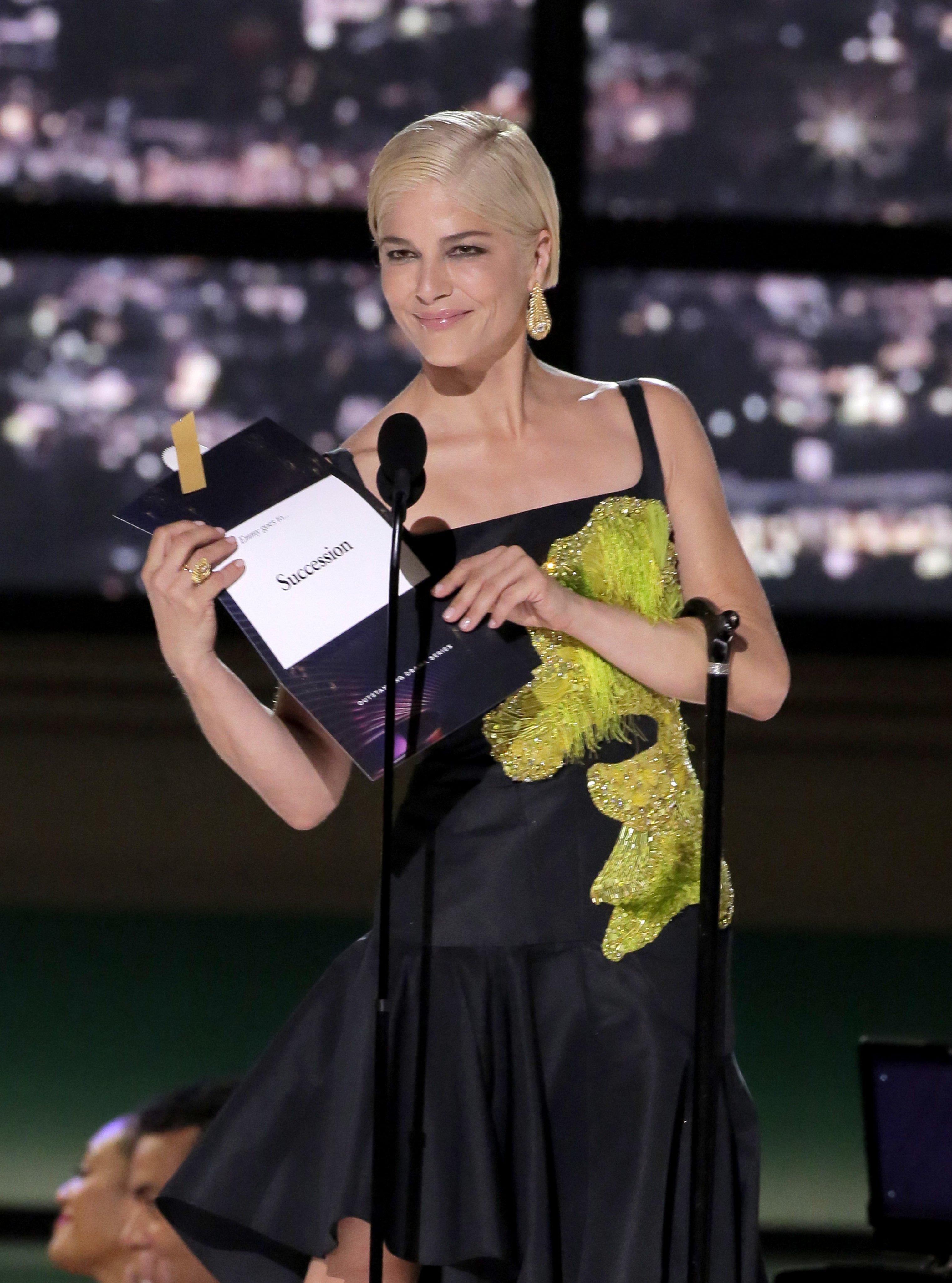 The ever-fashionable actor and advocate does the red carpet a little differently these days.

Selma Blair has played many roles in her 50 years: naïve Cecile Caldwell in Cruel Intentions, ice-cold Vivian Kensington in Legally Blonde and pyrokinetic Liz Sherman in Hellboy. She’s been muse to Karl Lagerfeld (who designed the pale-pink dress for her wedding to Ahmet Zappa), friend to Carrie Fisher (who once let her dress up in her Princess Leia costume) and mother to Arthur (the effervescent love of her life). From stealing Britney Spears’s wig in rehab to biting Kate Moss on the finger, the woman revels in the unexpected.

But it’s since her multiple sclerosis diagnosis in 2018 that she’s stepped into the most unanticipated—and impactful—role yet: advocate. Her public experience with MS covered in her recently published memoir, Mean Baby, and the documentary about her treatment, Introducing, Selma Blair, has brought awareness to the condition. As has being cast in season 31 of Dancing With the Stars, while fighting her disease.

She also continues to make a splash on the red carpet, choosing dramatic yet playful ensembles and pairing them with her cane—like she just did during a surprise Emmy Awards appearance to an emotional standing ovation. In doing so, she makes a powerful statement: good style isn’t just for the able-bodied. 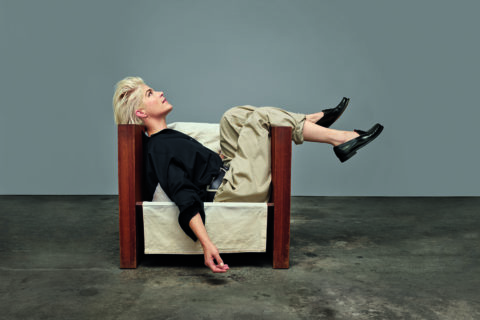 It’s this journey that caught the eye of Gap, whose Fall 2022 Icons campaign celebrates wardrobe classics like high-rise flares, big white cotton shirts and pleated khakis. Blair (who once worked at Gap when she was a 20-something fledgling actor) is at the forefront of the campaign—an icon in her own right for flaunting her unapologetic individuality. According to Gap, “there’s nothing more iconic than shaping culture by amplifying your true self and talent.” That’s what Blair continues to do as she moves through the world in a way that’s uniquely hers. 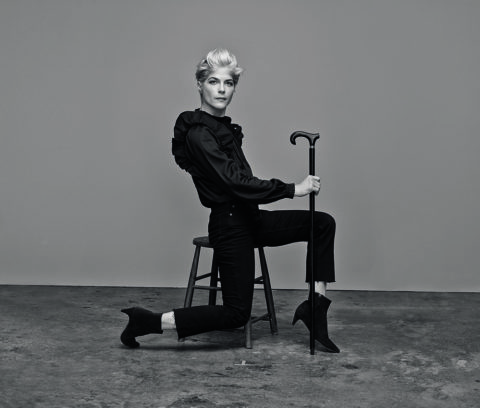 Here are just a few of the ways her style has developed over the past few years:

For Blair, every fashion choice you make has a way of speaking for you. “All my life I always felt most comfortable dressed in black—it was my wardrobe staple,” she writes in Mean Baby. But as her memoir reveals, this dark era was a time of under-eating, depression and secret alcoholism—and it coloured her world-view from the age of seven, when she got drunk for the first time. When Blair donned black, she was wearing her heart on her literal sleeve.

It was when she became pregnant with her son that she started to gravitate toward pastels. “In multiple magazine interviews about my pregnancy, I’m quoted as saying, ‘I am just too happy to wear black!’” she recalls.

For recent red carpet appearances, her go-to look has involved glitter—from a silver sequin halter dress to black pants under a sheer white frock covered in sparkle. These outfits seem to say, “I have something to celebrate.”

For her first red carpet appearance after her MS diagnosis, Blair attended the 2019 Vanity Fair Oscar Party in a black-and-pastel Ralph & Russo Haute Couture gown. “It had a cape and a choker around the neck, which I appreciated because at the time I was having a lot of trouble with my voice,” she shares in her memoir. “I felt cocooned in this dress. Protected.”

It was her first time using a cane (which she calls her “prop”) on the red carpet, but she couldn’t go without it because she wanted to wear high heels and her steps were “increasingly unsteady.” She didn’t use just any cane, though. Hers was a sleek, custom bejewelled number for the event.

“The next morning, the headlines talked about how brave I was,” she writes. “They called me a warrior. In that moment I didn’t feel like a warrior, or any kind of hero. But I did feel a new sense of peace and purpose. I felt, for maybe the first time in my life, fully and completely myself.”

She may not feel like a warrior, but she does note that “Selma means battlefield” and “Blair means Helmet of God.” These days when Selma Blair gets dressed, it’s for the fight of her life.

Classics get a playful twist

Blair has been influenced by her mother’s style rules since she was young, including “Don’t wear anything you wouldn’t still wear in ten years.” While she still loves timeless pieces, her outfits for events have become increasingly whimsical. One of her go-to looks is a suit, which, on the surface, is a totally classic choice. But there’s always a fun twist to keep it fresh.

The actor proves that whether she’s wearing a shrunken jacket, cropped trouser or hot-pink colour palette, a suit (or any outfit at all) never needs to be boring. In fact, as any fashion lover knows, it’s an opportunity to add a bit of personal style—whether you’re a maximalist, minimalist or something in between.

Plus, a playful outfit is an excellent excuse to get out of bed. As Blair says, “I will continue to be me for as long as that’s possible. I will continue to love a good gown, or a suit, from Christian Siriano or Chanel. I will put in my mother’s emerald earrings and show up.”

‘Highway to Hell’ is A Campy Roadtrip Across a Twisted

Henry Cavill Warhammer Trailer 2025 and Why He Quit The

A PRELUDE TO THE COLLAPSE