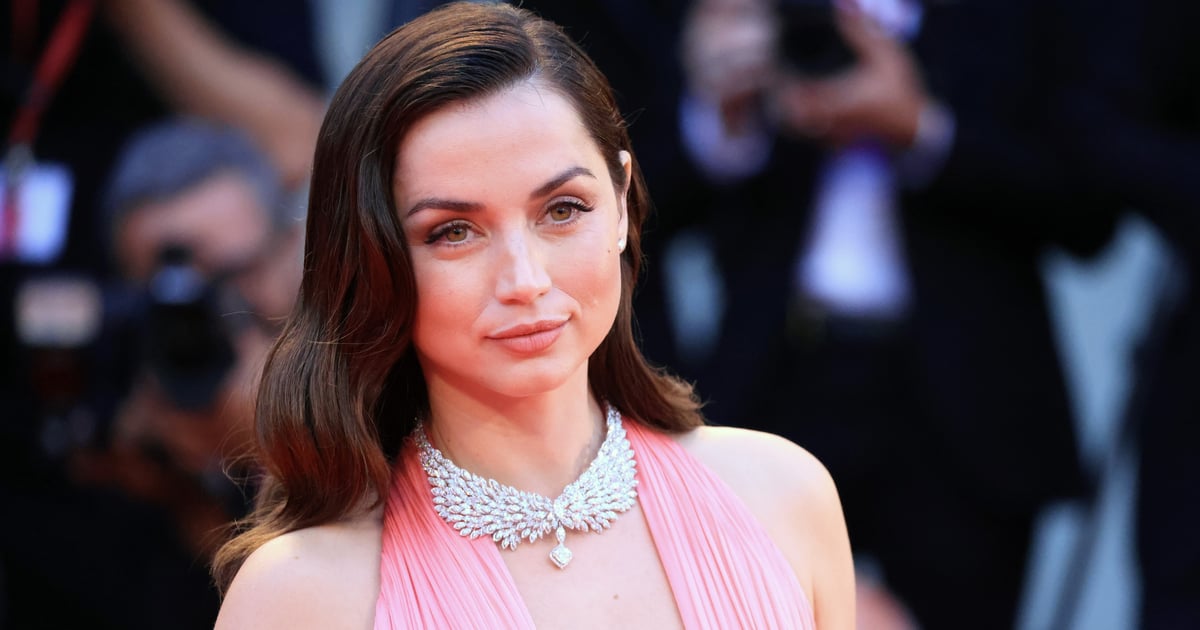 Ana de Armas is already getting our standing ovation. On Sept. 8, the actress pulled up to the world premiere of “Blonde” at the Venice Film Festival in a striking custom pink Louis Vuitton dress. Styled by Samantha McMillen, the gorgeous, shimmering dress featured a plunging halter top and a mid-waist belt that fell down the side. It looks just like Marilyn Monroe’s famous dress! The coolest part of the gown, which was designed by Louis Vuitton Creative Director Nicolas Ghesquière, is unquestionably the material. The layered, silky material had added dimension to it, and somehow in photos, it looks like de Armas was walking in slow motion.

She’s attended a few events at the film festival over the last few days, but naturally, the world premiere for her upcoming Netflix movie is her most glamorous appearance yet. De Armas paired the elegant dress with Messika Jewelry diamonds. On her nails, she wore the popular supermodel manicure and a dainty Shay Jewelry diamond pinky ring.

De Armas stars as Marilyn Monroe in the Netflix film “Blonde,” so it only makes sense that she’s oozing Old Hollywood glamour for the premiere. “A night I will never forget. Thank you everyone for your beautiful energy and support. Love!” she wrote on Instagram after the event. “Blonde,” which will release on Netflix on Sept. 28, has already made headlines for its NC-17 rating — the first from the streamer to have that rating. The biopic reimagines Monroe’s life as a Hollywood icon and is based on Joyce Carol Oates’s 2000 novel of the same title. We’ve seen de Armas transform into Monroe in the photos and trailer released, and we’re eager to watch the movie.

Check out photos of de Armas in custom Louis Vuitton at the “Blonde” premiere at Venice Film Festival ahead.

The 5 Basic Skincare Products You Need in Your 20s

This Gripping and Upsetting Thriller Is Now On Hulu